Baltimore May Have A Tough Time With Industrial's Near Future

With a notable exception, the Baltimore-Washington area is ill-suited for the explosive demand for distribution centers in the industrial real estate market. Instead, developers may need to focus on being ready for trends on the horizon. 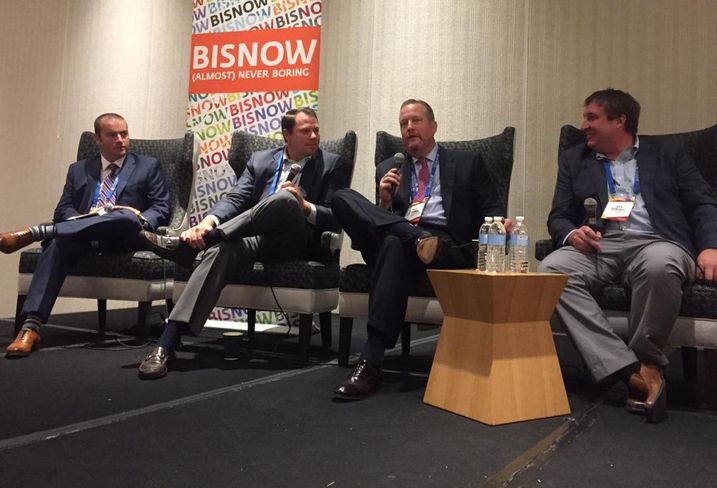 E-commerce has revolutionized the industrial sector with its massive space requirements and fast competition, but it still represents only 8.5% of all sales in the United States, according to Liberty Property Trust Market Officer Ben O’Neil. That figure is projected to double by 2020, meaning concerns about overbuilding are all but nonexistent.

The Baltimore and Washington areas are woefully lacking in the land required to accommodate the kind of footprint that e-commerce requires. The companies need space not just for trailers and sophisticated shelving and picking technology, but for the high number of workers required to man such facilities.

“Across the board, we’re already talking about losing 20% of property coverage [for parking], and that’s on top of what we’re losing to stormwater and deforestation requirements,” DCT Industrial Senior Vice President Tom Meehan said.

Land availability has turned Pennsylvania’s Lehigh Valley and New Jersey white-hot with demand in the past few years, along with both areas’ centralized positions within the Northeast. The Baltimore-Washington corridor is comparatively choked and too far south to compete, O’Neil said.

In Baltimore County, Tradepoint Atlantic looms large as a counterargument. The 3,100-acre former site of Bethlehem Steel has already begun its second life as a hub for distribution centers, with Amazon, FedEx and Under Armour all planting flags in Sparrows Point.

Regional proximity is part of Tradepoint’s appeal, but it especially stands out for users who need to think bigger. It is the largest infill development site in the eastern United States, and the largest waterfront development site in the entire country, according to JLL Mid-Atlantic Industrial Practice Group Leader Mark Levy, who heads the leasing operation for Tradepoint Atlantic. 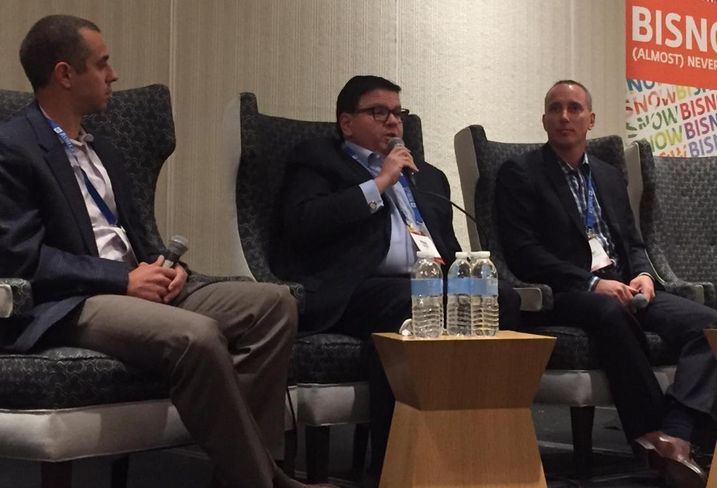 Tradepoint also is a deep-water port well removed from the Atlantic Ocean, ideal conditions for cargo shipping. It has direct access to both international trade routes and I-95, the automotive spinal cord of the Eastern Seaboard — all of the conditions that gave rise to Bethlehem Steel, before its gradual downfall amid America’s manufacturing decline of the latter 20th century.

“What drove the development of the site 120 years ago is the same set of drivers that is bringing users to the site now,” Tradepoint Atlantic Executive Vice President of Development Eric Gilbert said.

Tradepoint may recruit enough square footage on its own to keep regional fundamentals afloat — “Fortunately, we’re in a market without a lot of large land opportunities, so one or two [developments] a year is enough to keep the market going,” MRP Industrial co-founder Reid Townsend said — but the area is one of online real estate marketplace Ten-X’s top five “sell” markets in the country for fall 2017.

Citing job growth behind the national average and the Baltimore area’s slowest population growth in 25 years, Ten-X predicts the coming recession, however mild, to hurt rents and vacancy in the coming years. Unsurprisingly, developers are already thinking about how to get ahead down the road.

“A number of these large companies … are creating a new breed of building,” FCL Builders President Jeff Bonfoey said. “And it’s challenging [owners] to look at these facilities, and the life after [their first use] ... It’s gotta be tough to imagine what’s going to be needed in 10-15 years.”

One type of building developers are forced to imagine is the last-mile facility. Everyone seems to agree there is an immediate need for smaller distribution centers close to large populations, but so far there is no template for how to build one speculatively. But the large number of relatively high-income millennials in the Washington, D.C., area means that retailers are already looking for space. 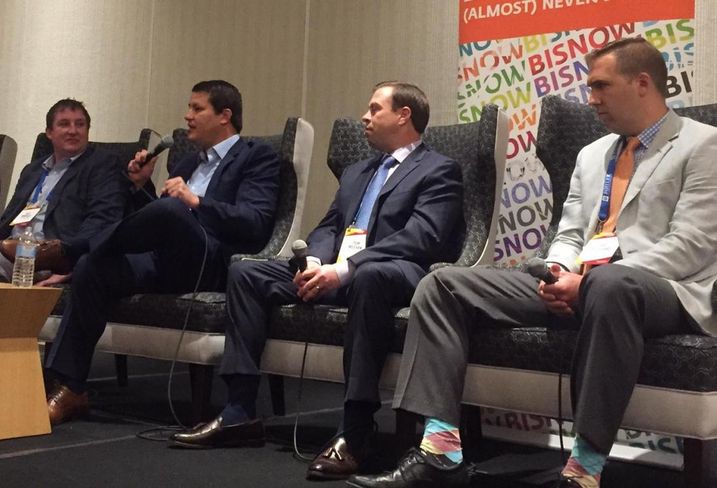 “Amazon is really dialing into what ZIP codes have the income to get products quickly from them,” Laraway said, adding that another retailer is looking to locate 40 last-mile facilities in the U.S., also with the sort of highly specific targeting that could bode well for D.C.

Another e-commerce trend, also a few years off, stands to benefit Baltimore and Washington — reverse logistics, or the process of returning items ordered online. Retailers have yet to spend much capital in that arena, but developers are waiting eagerly for that to change.

Until then, market conditions do not favor the mid-Atlantic. But industrial’s long runway has developers optimistic that at some point, retailers will buy what the area is selling.

“The horizon is still long, but when we do see a blip or a lull, nobody’s going to stop,” Meehan said. “They’ll address logistics and look to streamline, and we’ll still have something to do.”