After a five-year effort to revive the historic Parkway Theatre, the $18.2M adaptive reuse project will make its public debut May 3 during the opening night of the Maryland Film Festival. 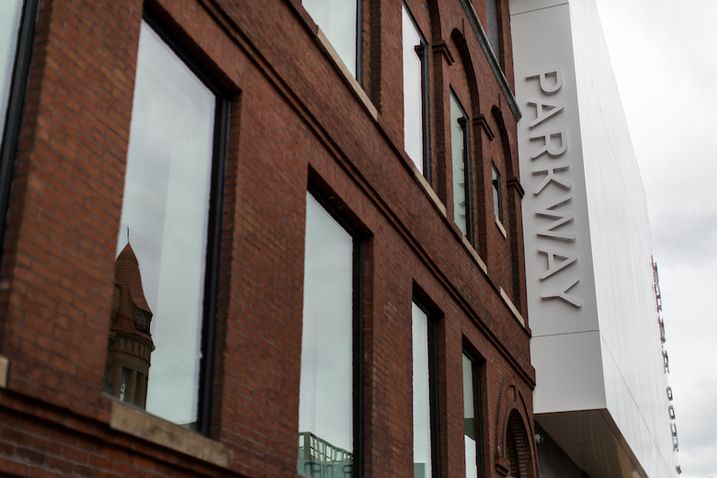 Courtesy of Justin Tsucalas
The Parkway Theatre in Station North

The Stavros Niarchos Foundation Film Center, which includes the Parkway and three adjacent buildings, will showcase emerging and independent films while Maryland Institute College of Art and Johns Hopkins University will hold film classes in the space. (The universities' film programs are down the street, in the converted Centre Theatre offices.) The venue will also host performances, live music, lectures and other public events.

The three theaters will total 600 seats, with the largest one seating more than 400. A lounge and café will offer a spot for moviegoers to hang out before and after films.

The Maryland Film Festival owns and operates the theater while Seawall Development led the conversion. 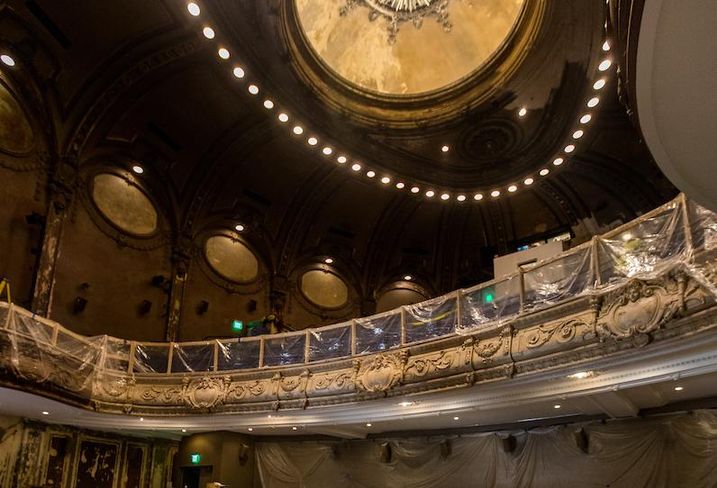 Courtesy of Justin Tsucalas
One of three theaters at the Parkway Theatre is getting its final touches.

The $18.2M conversion of the 102-year-old theater marks a milestone for the Station North Arts and Entertainment District. While the neighborhood has been flooded with new developments — from university buildings to makerspaces and mixed-use — the 29K SF Parkway is the first new entertainment anchor to open in the area in years. The area lost Everyman Theatre when it reopened in downtown's west side four years ago, and Single Carrot Theatre, which moved to Remington three years ago. 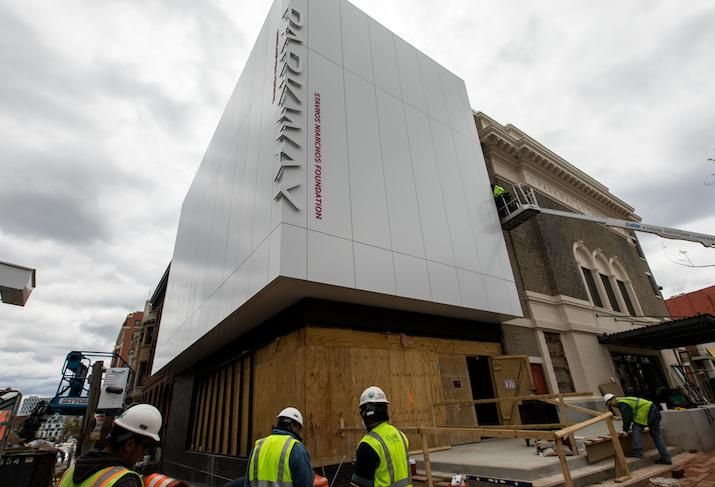 Courtesy of Justin Tsucalas
Construction crews at the Parkway Theatre

The Parkway's revival also cements Station North's reputation as a magnet for film buffs and moviemakers. In addition to the JHU and MICA film programs, the area is also home to the Charles Theatre, which largely shows independent movies.

The Parkway's mission as a nonprofit will be to serve as a hub for filmmaking activity in the community, including fostering the next generation of filmmakers. The film center will host revival series and other programs that do not typically come to Baltimore, relying on sponsors to underwrite the programs.

"It's a new kind of movie theater in Baltimore that'll bring in all this new programming," Dietz said. "It's hard to overstate how exciting that is."

The theater will be equipped with the latest digital projection and surround sound technology to bring it into the 21st century. 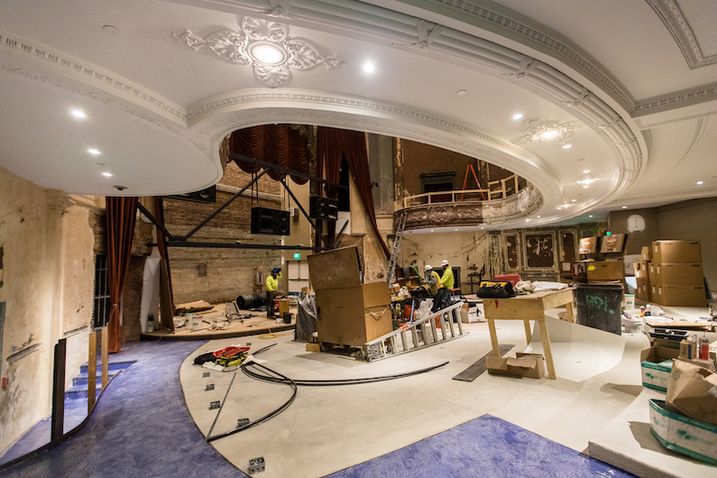 Courtesy of Justin Tsucalas
Workers are getting the Parkway Theatre ready for prime time.

The Maryland Film Festival has so far raised $17.7M for the theater, including $5M from the Stavros Niarchos Foundation, which jump-started the project.

Now in its 19th year, the Maryland Film Festival will take place May 3-7, starting with its signature shorts program. Filmmaker John Waters typically hosts one of the feature films, one that he has personally selected for the festival.

The films will be screened at the Parkway and three MICA venues, offering a walkable campus for moviegoers. Major donors will get a sneak peek of the Parkway on April 20.