Building High-End Student Housing May Have a Huge Social Repercussion

People have been talking for years about the ever-growing luxuriousness and cost of student housing. But panelists at Tuesday’s Bisnow Texas Student Housing event added new urgency and implications to the discussion. 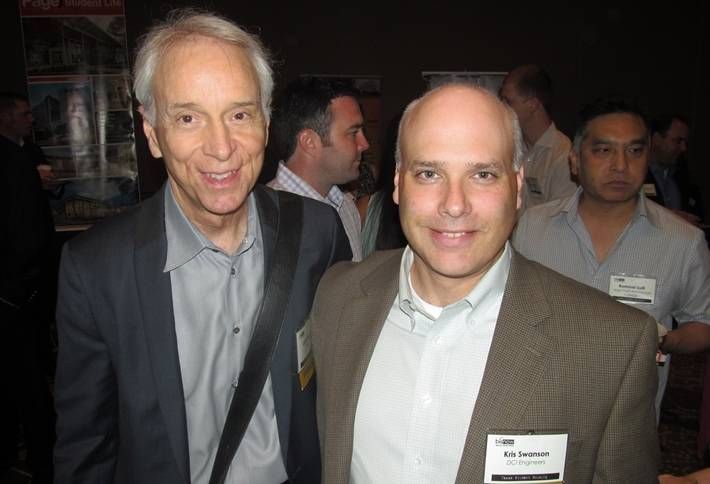 Page senior principal Larry Speck (a professor at UT, he’s pictured with our moderator, DCI Engineers principal Kris Swanson) says having extremely high-end student housing can have a really unhealthy effect of gentrifying a campus—if all the well-off students are in one nice new facility with all the bells and whistles and all the lower income students are in cheap old properties, it can create anger, bitterness and division. (And sometimes kids are coming from homogenous backgrounds where they don’t realize how rich or poor they are, and this could be a really unfortunate eye-opener.) He says it’s important to mix backgrounds in college, and that includes in housing. 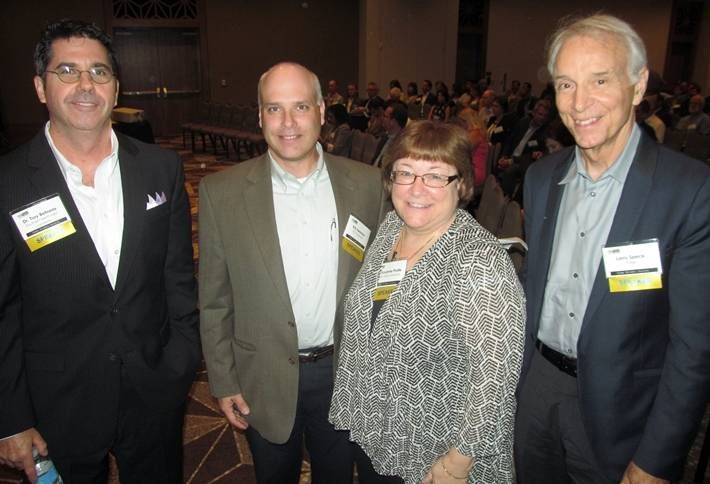 Southern Methodist University dean of residential life and student housing Dr. Troy Behrens was a first generation high school student and couldn’t afford to live on campus. He says he missed out on many of the benefits of living in purpose-built housing (Terry says a thesis paper at UT shows how amazingly strong the impact of your housing is on GPA—your dorm can raise or lower it by over 10%), so he encourages SMU to set aside some rooms to give rent-free to low income students. He says it’s important to keep everyone on campus as long as possible—besides GPA impacts, it can build stronger loyalty among alumni. His goal: Get SMU to junior requirements within 15 years. 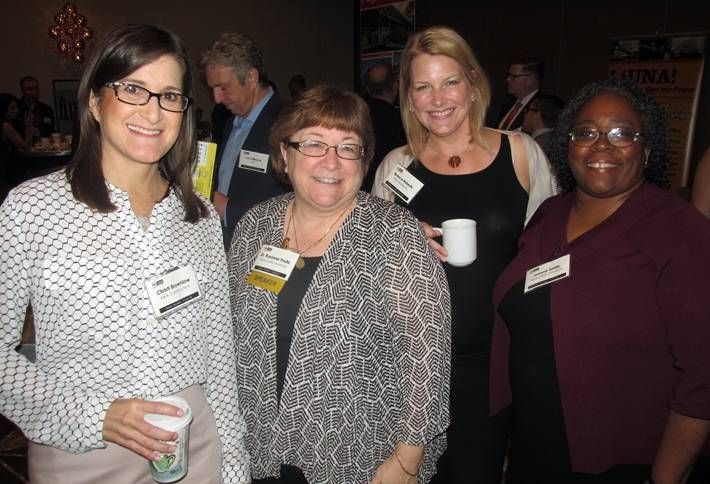 Texas State University director of housing and residential life Dr. Rosanne Proite (second from the left, with KWA Construction’s Christi Brownlow, KSQ Architects’ Monica Roberts and TSU’s Joanne Smith) says the demographics at TSU are changing, with more low and middle income students enrolling and struggling to pay everything. Surveys show that amenities are more important to students than price, but they’re not usually the ones footing the bill. Rosanne believes the industry is starting to cycle back to traditional residential halls—TSU (and other universities she talks to) are heading back to that design because there’s such a plethora of apartment and suite product available and they believe there's a benefit to having to brush your teeth with the kid down the hall. 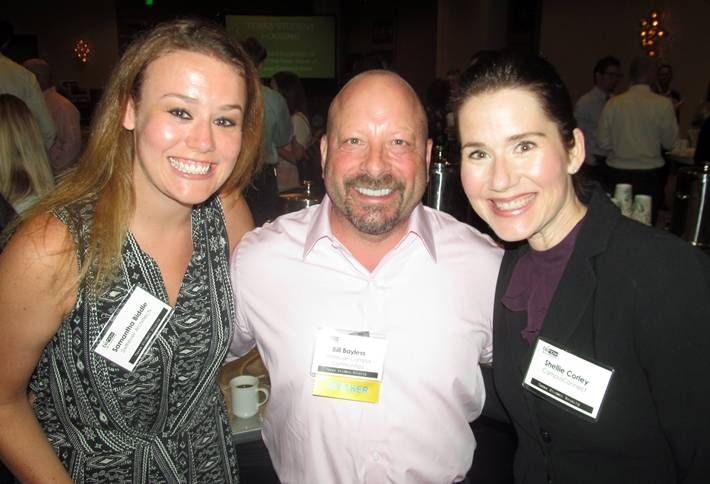 American Campus Communities builds for the masses, not the classes, says CEO Bill Bayless (snapped between Sixthriver Architects’ Samantha Biddle and Campus Connect’s Shellie Corley). His firm is mixing price points within the same building. Everyone can enjoy the same amenities, programming and beautiful facility, but can pay what they afford for it. He believes the biggest mistake you can make in student housing is to build hundreds of beds at the highest rents in the market. The first property to deliver those luxury units may do well, but that’s a very shallow demand pool and you’ll end up leasing way below pro forma. 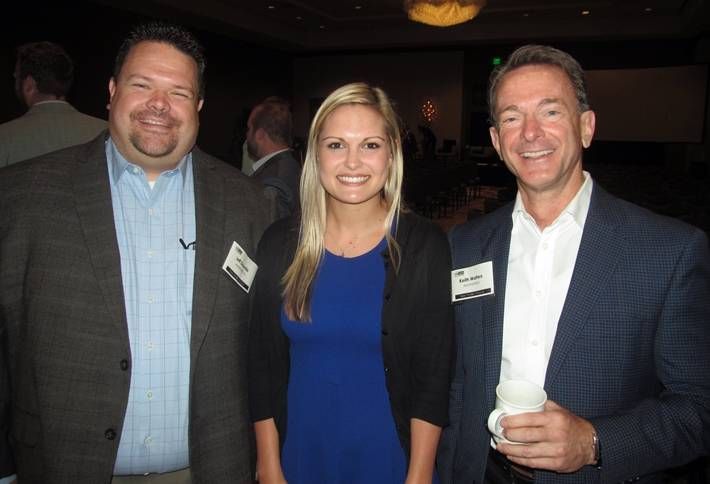 Student housing has had tremendous growth over the last 20 years (600,000 beds were built in that time), but the last four or five have been incredible, says Axiometrics student housing research analysts Taylor Gunn (between colleagues Jeff Dowdle and Keith Walters). That time frame saw double the delivery activity of the long-term average; 63,000 beds delivered in fall 2014 alone. But now supply is decreasing (it’s down 20% since then), and Taylor says 2016 will have even lower levels. Meanwhile, leasing velocity has risen 100 bps and rents are up 2% nationally. Texas is doing even better—our average pre-leasing today is 81%, 4% above the national level, and rents are up 3%. 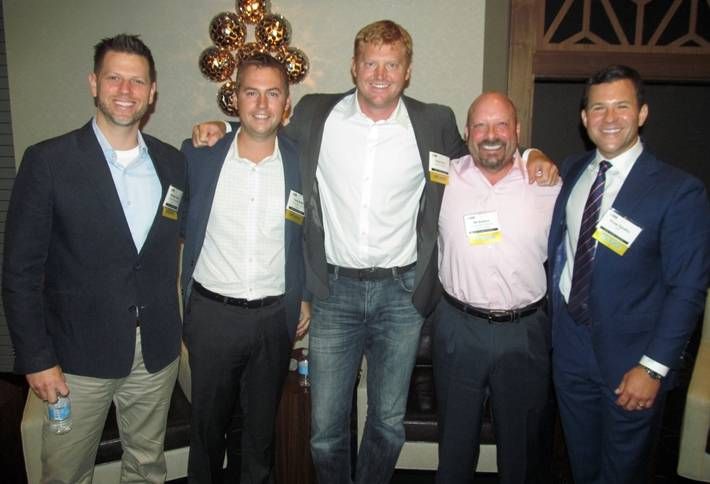 Student housing is getting a huge influx of capital, which Campus Advantage SVP Michael Orsak says is great for the industry long-term. However, he’s concerned that pricing and underwriting may be getting out of hand. Cap rates are way down even just in the last nine months, and he’s worried new investors will end up getting less profit than they expect because the properties perform differently than they projected, and they'll be dissatisfied with the sector. He says all the new competition has made it hard to win broadly marketed deals without going up the risk spectrum or really lowering returns, so soon he’ll have to go off-market or pre-sale to get opportunities. 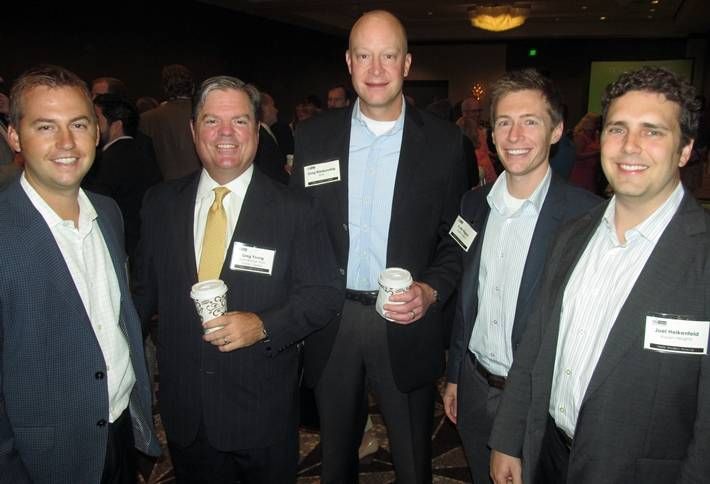 Virtus Real Estate Capital director of acquisitions Kevin White says cap rates are down to the low 7% range and rents are so high that he’s pumping the brakes on funding new development. He’s also being cautious about exit caps and at rent projects beyond year one. (Newness and a huge opening marketing budget will boost rates the first year but they burn off quickly.) Kevin’s far left here with Grandbridge’s Greg Young, BB&T’s Greg Blankenship, and Aspen Heights’ Colin Kilgore and Joel Heikenfeld. 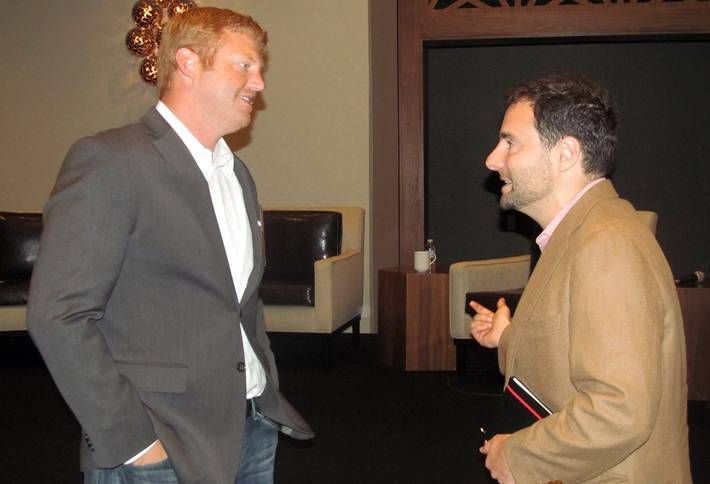 Aspen Heights CEO Greg Henry (here chatting with Amstar’s Dan Cohen) is also having to fight to get deals done—he hopes to build five or six projects in 2016 and six or seven in 2017, but it’s taking twice as much time, money and effort as it did from 2011 to 2013. On the other hand, Bill says the new and efficient capital benefits students because developers can build more affordably. The level of capital would be worrisome to him if the industry was more established and built out, but he thinks we’re two to five decades from that.