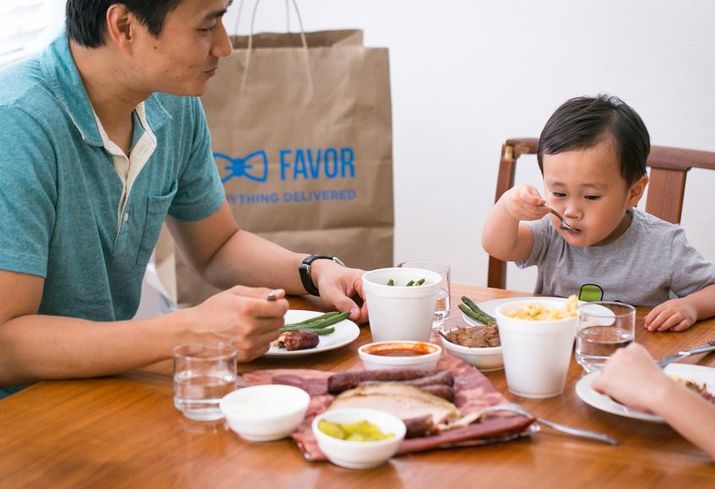 San Antonio-based H-E-B has strengthened its hold on the on-demand delivery market by adding Favor Delivery as a wholly owned subsidiary.

H-E-B operates grocery stores in 150 Texas communities. Austin-based Favor, which launched in 2013, delivers in 50 Texas cities, using 50,000 contract delivery drivers. The new partnership is intended to bolster H-E-B's recent rollout of curbside service at 100 stores, according to Thursday's announcement of the deal.

"Over the past two years, we have established a strong working relationship with Favor that has proven to be immensely successful for both companies," H-E-B Chief Operating Officer Martin Otto said in a statement. "We see a unique opportunity with this partnership to support and accelerate each other's growth through the sharing of experience, insight and resources."

The partnership of H-E-B and Favor is the latest in a series of industry moves to respond to Amazon's recent purchase of Whole Foods. The supermarket-anchored power center, like the shopping mall, is declining, NAI Partners associate retail broker Stephen Wentworth said.

“We are seeing a decline in grocery store-anchored retail as power centers, with customers increasingly enjoying the convenience of neighborhood retail centers due to the fact that getting in and out of them — not to mention parking — tends to be much easier,” Wentworth said. “With the acquisition of Favor there will be a decline in customers heading to those H-E-B-anchored centers, in turn further affecting those businesses that rely on H-E-B’s consumer traffic.”

Both companies will get something out of the partnership, according to the announcement. Favor brings H-E-B consumer-facing technology and an advanced on-demand delivery system. Favor gets resources, capital and retail food experience.