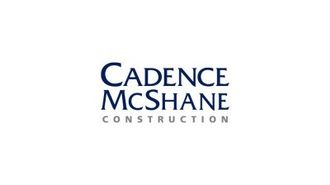 San Antonio Multifamily Is Hotter Than Ever Before

Cadence McShane alone has four projects underway or about to start construction in the metro, including the five-story, 220-unit, 237K SF building at 120 Ninth St. in Downtown.

Cadence McShane is also building the Acequia Lofts, near Hemisfair Park in Downtown San Antonio. Owned by David Adelman and the developers at AREA Real Estate, the property has 151 apartment units sprawled across eight stories and is the first public-private partnership by the city for Hemisfair Park.

Acequia Lofts features a cistern rainwater collection system, in keeping with San Antonio’s recent moves toward encouraging sustainable CRE practices and affordable housing development. That comes with financial perks: The Department of Housing and Urban Development, for one, has offered a number of incentives (such as tax breaks to builders who create mixed-income housing options) to local and state governments to close the affordable housing gap in major metropolitan areas. Former Mayor and former HUD Secretary Julian Castro proposed a larger budget dedicated to expanding affordable housing in October.

With such growth in the overall population comes the demand for construction projects in other market sectors, and the city’s possibilities are still expanding across property types. Watkins pointed to the construction of a new federal courthouse, as well as the development of corporate headquarters for CPS and the capacity for new businesses to fill up in a slew of empty buildings on the west side of Downtown.

“Where you have corporate and legal businesses, you have jobs — and that’s how you bring residents into the city,” Watkins said. “That’s the lifeblood of multifamily. And we’re just scratching the surface of what can happen in San Antonio over the next couple decades.”

After three decades working on federal projects, the idea of being able to pursue projects across multiple market sectors — including office, retail, education and mixed-use — was a huge draw for Watkins. Cadence McShane is working with a local school district to build two elementary schools within the city. Each of these projects will replace current schools with new 70K SF buildings, complete with state-of-the-art classrooms, libraries, auditoriums, cafeterias/kitchens and a gymnasium.

Multifamily is booming in San Antonio, Watkins said, and Cadence McShane is using its wealth of experience as a general contractor to help build for its future.