Behind the Deal: Why Austin Needs Parmer

Karlin and Trammell Crow have broken ground on Parmer 3.2, the first phase of Karlin’s 400-acre master-planned technology and office park in North Central Austin. (Parmer 0 through 3.1 were not part of the plan.) TCC VP Brad Maples tells us how this fills a need in the market. 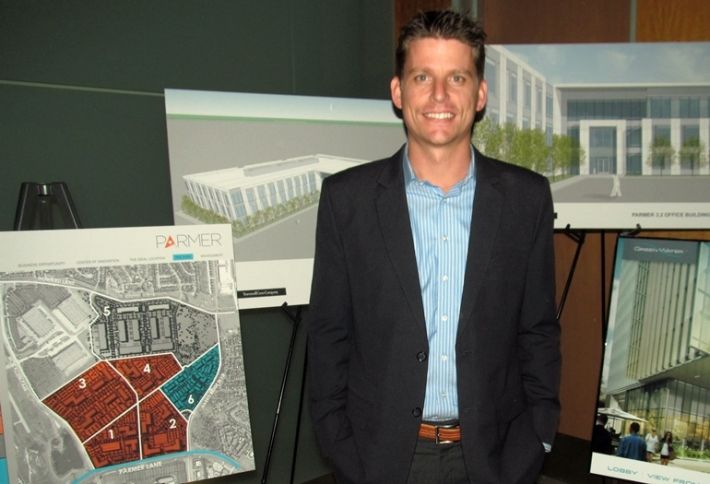 Brad says Austin is missing a true master-planned business park, especially for office tenants who want room to expand. Most of our existing product is already built out and can’t accommodate organic growth. (Frankly, any development these days is a boon—we’re in single-digit vacancy.) Brad says Parmer will target those companies and is working with the Chamber to assist in corporate relo bids. The first building is a 192k SF, three-story office facility with 64k SF floorplates. That’s double the typical suburban Austin office project, Brad says, which is very appealing. The team is also putting in a substantial park with trees, fountains, and a food truck court. 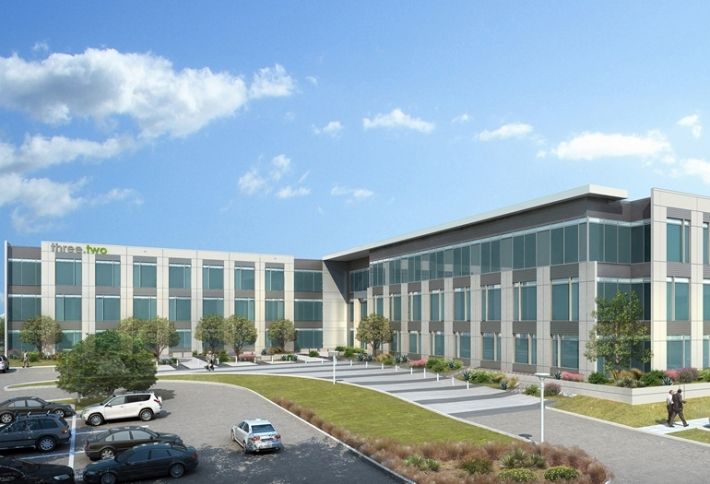 Parmer 3.2, rendered here, will deliver in Q2 ’15. Brad says the CBRE leasing team has been getting a lot of calls from tenants wanting into Parmer, so it’s great to finally have a concrete timeline to offer. He hopes to cut a deal very soon. The team has been marketing to large tenants (TCC and Karlin are aiming to first lock in full-building or multi-floor users), and tells us so far his interest is 50/50 organic local growth and out-of-town relos. His team is already making plans for a second office building. Other members of the Parmer 3.2 team: STG Design and Austin Commercial. 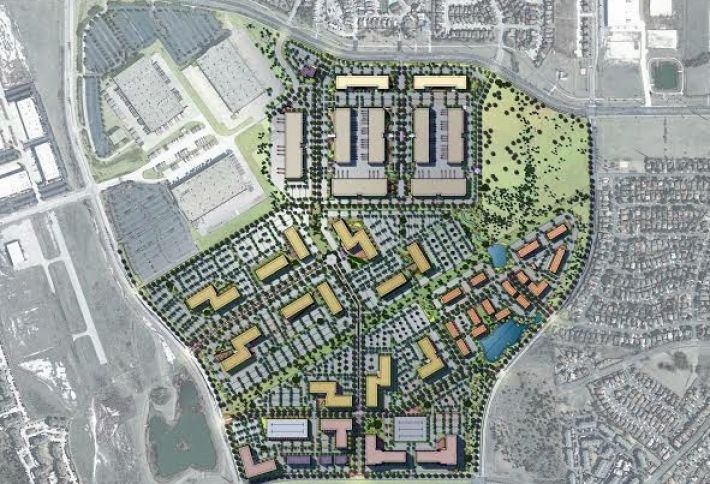 But the park (laid out here) isn’t only office—Brad says it has about 100 acres set aside for industrial development. (Parmer is currently zoned for up to 9M SF of office, industrial, hotel, and retail uses.) He tells us the team is working on infrastructure there now and says we’ll be hearing more about this portion of the park in the near future. Industrial users there will benefit from a triple Freeport tax exemption, which means they won’t pay state, local, or school taxes on short-term inventory.