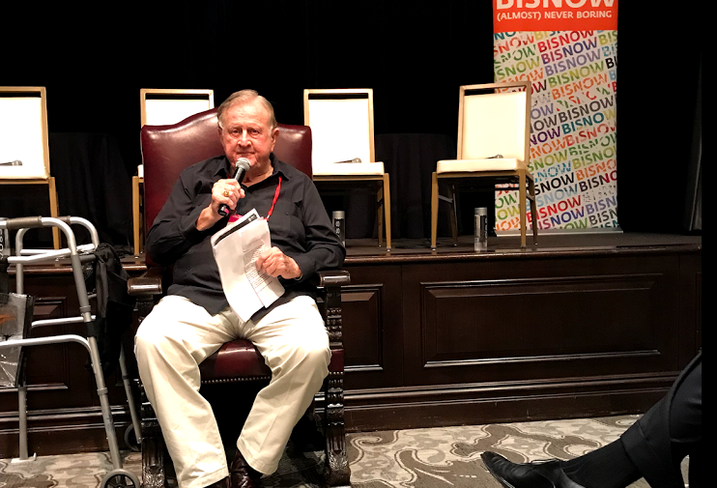 The Amazon effect is here to stay, billionaire Red McCombs told the crowd at Bisnow's San Antonio State of the Market event Sept. 28, in an upbeat speech on optimism and grit.

McCombs, the owner of Red McCombs Automotive Group and co-founder of Clear Channel Communications, said Amazon was forcing every industry to rethink how it did business, and that included his own.

"The Amazon technique is something that can't happen, physically cannot happen, and yet it did," McComb said, calling it a marketing miracle. "It's impacted you every day, and it's impacted us."

McCombs, who turns 90 on Oct. 19, encouraged attendees to expect a miracle and nix the status quo.

McCombs is open about the biggest driver of change in his life: an addiction to drinking that left him in an alcohol-induced coma at the age of 48 in 1977. That was enough to change the course of his life, which included bringing the Dallas Chaparrals to San Antonio. The Chaparrals eventually became the San Antonio Spurs.

McCombs is known for his auto dealership, but he also has a substantial real estate portfolio as part of McCombs Enterprises. At the end of September, McCombs pledged to rebuild his three resort properties that took a direct hit from Hurricane Harvey: Palmilla Beach Resort in Port Aransas, The Reserve at St. Charles Bay near Rockport and Coral Reef in Rockport.