Art spaces that have been key to the development of the Austin art scene — Pump Project Art Complex, Flatbed Studios, Salvage Vanguard Theater and Art Camp — either have moved or will be moving to new spaces in the next year. 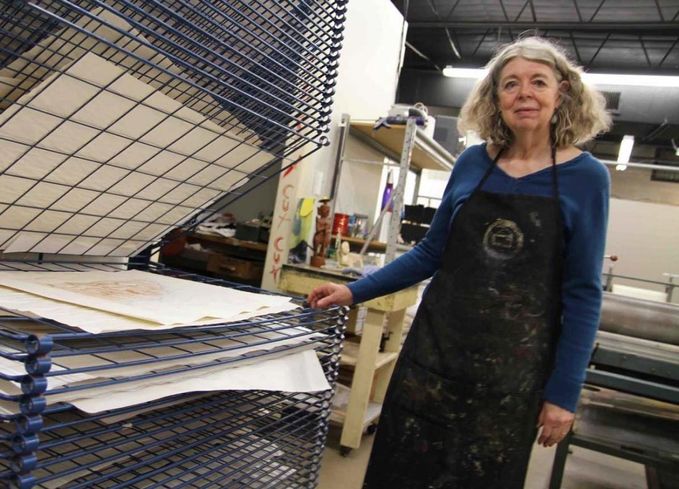 Katherine Brimberry, one of the pioneers of the East Austin art scene, expects to be either relocated or out of business within a year.

Brimberry, a high-quality printmaker, was one of the first artists to move to East Austin. She started her business in a downtown warehouse but was pushed out by the Spring Condominiums. Rather than risk another lost lease downtown, she and her partner took a look at East Austin.

No one associated East Austin with art in 1999. The rent was reasonable, and the space was big enough to bring in other artists, Brimberry said.

"It was hard for collectors to think about coming over here," Brimberry said of those early years. "For some reason they were worried about being over here in East Austin, which seems odd to me because I taught over here at Austin Community College."

For almost 20 years, Brimberry's Flatbed Studios operated in a converted warehouse on Martin Luther King Boulevard that is subdivided into galleries, workspace and exhibits.

Today, the signs of gentrification are up and down Martin Luther King Boulevard. What once was an empty lot across the street from Flatbed is an upscale apartment complex, Platform 28, where rents run between $1,200 and $2K per month. 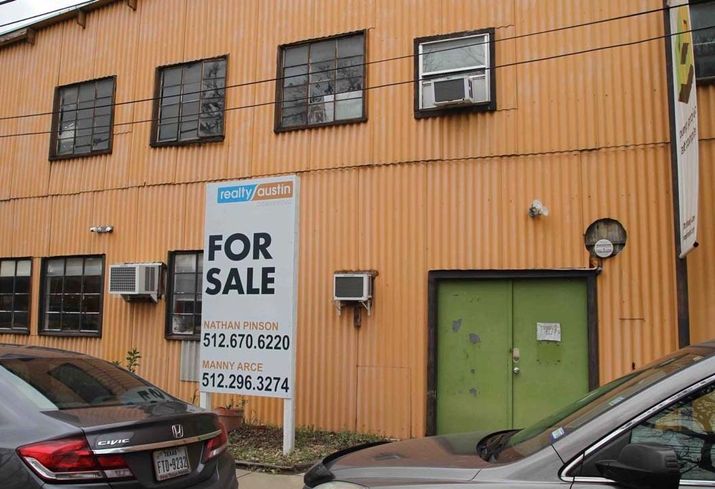 Last month, Brimberry's Dallas-based landlord said it would not be extending Flatbed Studios' lease. Next year, on March 1, Flatbed has to be gone.

Brimberry sounds more resigned than angry. It is hard to make art feasible in Austin, she said. The gallery space is limited in Austin and the collector base in town is young.

"They're not used to spending money on objects, especially objects of art," Brimberry said. "And so, the collector base here, the top end is not very high, especially compared to Houston or Dallas, where serious collectors spend serious money to support an artist with strong work."

Despite that success, Little is struggling to keep his business afloat. Between annual studio tours, Big Medium operates two co-op spaces for artists — Bolm and Canopy — but rents are up by 60% at the Bolm studio site.

So Little and his wife, artist Jana Swec, are packing up 16 years of work and moving across town to relocate permanently to Canopy.

"They're just trying to bring the property up to market rate," Little said of the landlord. "We understand, but we can't justify staying at those rents."

Little was more than a renter at Bolm Studios — he was the property manager. But he is willing to forgo the income to keep Bolm afloat. He is looking for artists to add to Bolm and will turn over management of the space to the tenants. 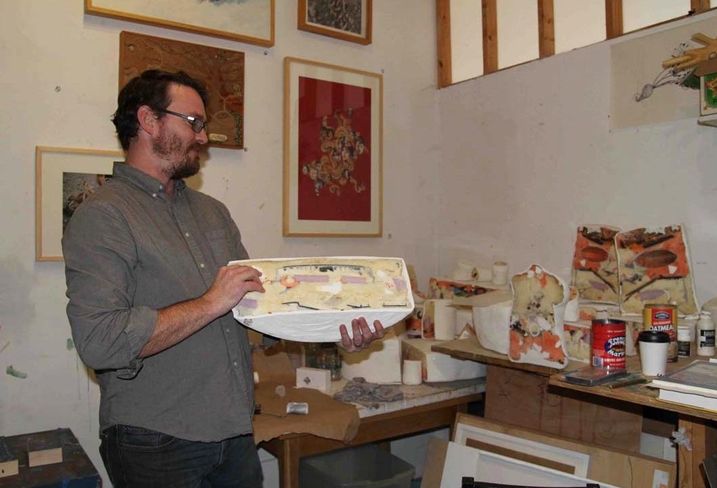 Former Statesman arts critic Jeanne Claire van Ryzin has been tracking the lost leases in the arts community for Sightlines magazine. Van Ryzin said artists and craftsman of all types are being priced out of Central and East Austin. She pinpoints 2015, and the loss of space for the Salvage Vanguard Theater, as the beginning of what she has dubbed the art venues crisis.

"It's not a big surprise for the people who are on the ground in the arts," van Ryzin said. "What's unfortunate is that there doesn't seen to be a remedy. The city has been slow to identify what they can do, and they're limited in what they can do to make the city affordable for nonprofits."

The Austin City Council set up a $200K grant fund to assist arts venues. Van Ryzin, who covers the arts scene daily, said the fund has had less of an impact than the city would like to acknowledge. Little would have applied for the fund, but it was contingent upon the artists signing a yearlong lease, while many are leasing month to month.

"There's a lot of people interested in things like the East Austin Studio Tour or the novelty of watching a play in warehouse space, but when it comes to finding a way to support these institutions, the attention span just dissipates," van Ryzin said. "It's a community thing, this lack of commitment to make it viable in Austin for people who are most closely associated with its creative spirit."

Van Ryzen is not sure what the future holds for Austin's major art venues.

"Two years from now, they might all be gone," she said. 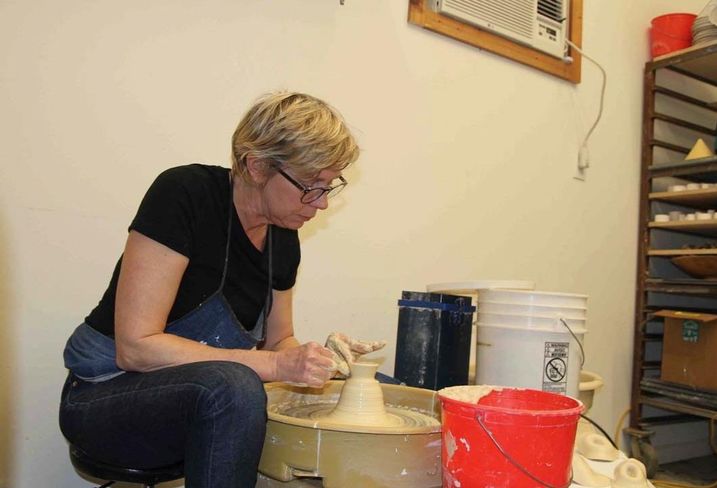 NAI Partners Managing Vice President David Dawkins is sympathetic. Before he got into real estate, he worked for a record label.

"Look at 501 Studios, where Stevie Ray Vaughan played, where they filmed the classic Don't Mess With Texas commercial. That was the real East Side," Dawkins said. "Now it's right across the street from Plaza Saltillo, 350K SF of space that will lease for $20 a square foot."

A lot of Austin artists have retreated to their homes to show art. Or they sign on to the East Austin Studio Tour.

"Where do you go if you're an artist? Where do you show your work?" Dawkins said. "I don't know."

The "For Sale" sign is up at Pump Project Art Complex, which lost its lease last November. The nonprofit co-op, run by Josh Green, hosts 40 artists and two galleries. Next door is a second artist co-op, the Icosa Collective.

Ceramics artist Jennifer Prichard said some people departed with the uncertainty of a potential sale, but Prichard is staying put. As one of the earliest tenants of Pump Project, Prichard would prefer to move with Green.

"We feel some loyalty, so we're staying," Prichard said. "Josh is trying to find another location, and he might have potential investors, so he could rent to own. I think there are a handful of people who really want to stay together."

Brimberry already has reconciled herself to downsizing her business, possibly taking a few print-related businesses with her. New space could be in Kyle or Manor, if she finds the energy to start all over again.

"Or maybe it's just over," Brimberry said, her eyes filling with tears. "Maybe the time has come to retire."