Why Austin Can't Support The Development It Knows It Needs

Selling affordable housing options to the Austin City Council is easy. Until it isn’t, as DMA Management learned when it came time for council to pare down the list of projects lined up for low-income tax credits. 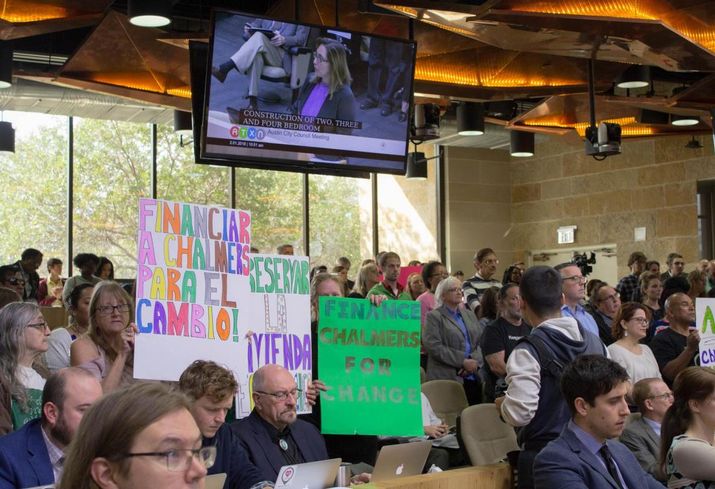 Austin is facing some of the strongest pressure in the country from gentrification. Since 1990, Austin's median family income has doubled, but the median home price has quadrupled, city demographer Ryan Robinson said in an Austin Chronicle interview.

A city audit out this week suggests most anti-gentrification ideas proposed in the last decade would have little or no direct impact on affordability in the city.

Voters have passed two affordable bond packages in Austin — one in 2013 and the other in 2015 — but the support was only a combined $120M.

Half of the projects supported by the bonds are aimed at very low income residents, households earning less than $24,300 a year. Meanwhile, the median rent on one-bedroom apartments has risen from $914 in 2012 to $1,239 in 2017.

Austin gets the most bang for its affordable housing buck through the state's low-income housing tax credits. These competitive 9% tax credits give tax breaks to apartment investors, with developers agreeing to provide affordable rent on certain units for 10 years.

City Council had nine apartment projects to consider this year to endorse to the state for tax credits, but only funding for three, via a $4M allotment from the Texas Department of Housing and Community Affairs. Two of the better-known applications pitted the city's housing authority against DMA Management, the affordable housing consultants on Saltillo.

The Housing Authority of the City of Austin needs financing to raze and replace Chalmers Courts. DMA Management is proposing a far more modest affordable housing project called Talavera Lofts as a component of Saltillo. Saltillo is the master-planned community being built on 10 acres once owned by Capital Metro.

“I personally believe that probably there are not two more worthy developments in the city of Austin than Chalmers and Saltillo. And even if they were the highest scoring in the region, they cannot both get funded. So we are withdrawing our request on Item 20.”

That means Chalmers Courts will be sent on to a hearing at TDHCA. And Talavera Lofts, despite its affordability, is now in limbo. 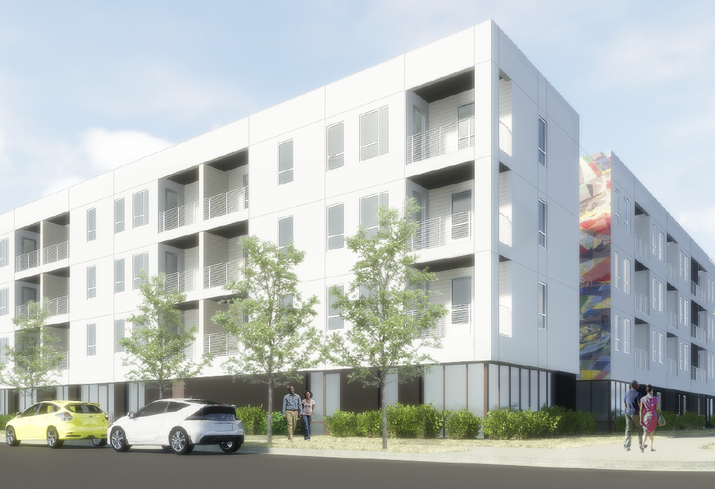 Housing Authority of the City of Austin
Chalmers Court rendering

Chalmers Courts and Talavera Lofts are in the same neighborhood. The same schools and bus routes serve both projects. But the Chalmers plans would raze one of the oldest housing projects in the country and triple the number of affordable housing units, while Talavera Lofts is a much smaller apartment project at the Saltillo rail station.

Chalmers Courts, built in 1939, is a 158-unit cinder block and brick apartment complex spread across a little under 8 acres. The units have no central air, no washer and dryer connections and only one bathroom in each unit. The buildings, for all intents and purposes, are at the end of their useful life.

And, for the first time, HACA has access to the private capital market financing for Chalmers through Housing and Urban Development's Rental Assistance Demonstration program. That designation does not come with money, but it does come with permission to access the private equity market, HACA Executive Director Sylvia Blanco said.

"Previously, public housing authorities could not carry debt on their properties," Blanco said. "This designation allows a housing authority to take on debt. And that's sorely needed on this property."

Chalmers would be vacated and rebuilt, block by block, in three phases. The new project would have 400 units, with proper amenities and a fuller range of affordable housing levels, Blanco said.

That was compelling enough to bring Chalmers Court residents to multiple council meetings. Organizer Karen Thompson of ADAPT, a disability rights group, blasted other developers, saying none of them could offer units at the level of affordability HACA could, and had, at Chalmers Courts.

"You know you can count on them to continue, not just use the money for a little while and then those places disappear over time," Thompson said. "You know they're going to deliver in a much bigger way than the other project is because there's a lot more units involved."

City staff had no problem choosing Chalmers over Talavera. Chalmers Courts, one of the three oldest subsidized housing projects in the country, is considered to be "deeply affordable," aimed at some of the lowest-income residents in Austin. Average income on the property is $11K a year. 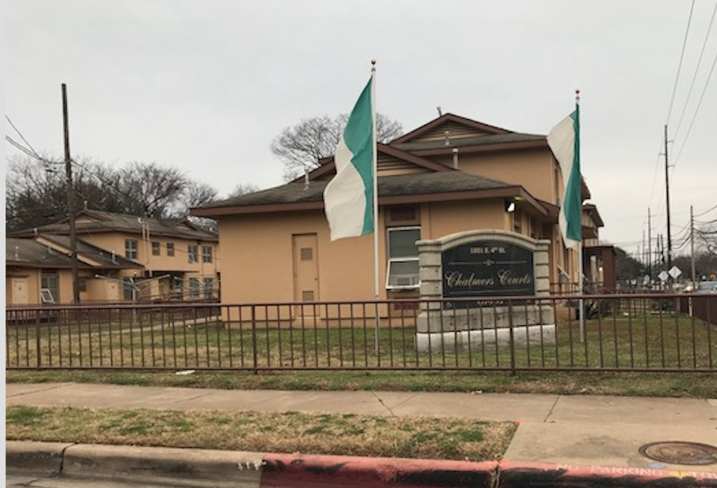 Why couldn't both get funding?

The so-called “two-mile rule” prohibits the Texas Department of Housing & Community Affairs from awarding tax credits to properties within 2 miles of each other in the same year. Gov. Greg Abbott vetoed a bill passed last session that would have lifted a population cap and allowed Talavera and Chalmers to exist side by side.

“You know, this situation was very unfortunate. We knew that we had two excellent projects in my district, District 3, and unfortunately the governor was angry at us and decided to veto that bill,” Council member Pio Renteria said last week. “It just broke my heart because I know that there’s such a big need to bring in more affordable housing in my district.”

Council blessed the plans of eight developers at last week's meeting, two of which have already dropped out of the running because the portion of the tax credit allotted to Austin — about $4M out of a $66M statewide pool — is likely to cover no more than three projects.