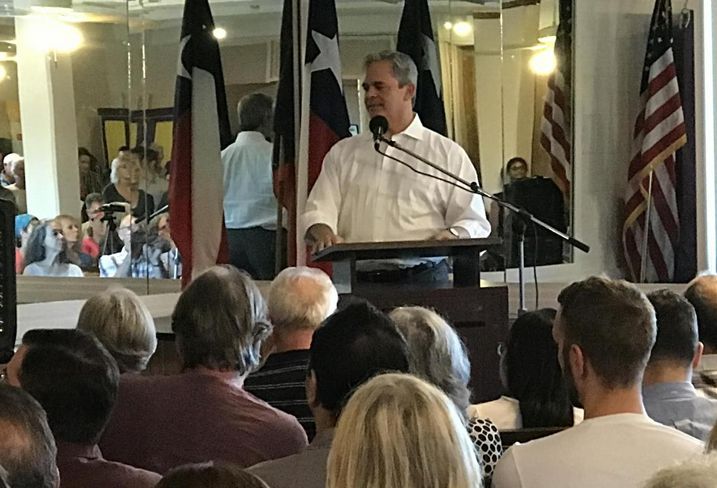 An East Austin group is calling upon City Council to pass a temporary moratorium on rezoning and demolitions in anticipation of the passage of the land development code rewrite known as CodeNEXT.

The group, Community Not Commodity, began circulating a petition this week, saying CodeNEXT would lead to the displacement and destruction of the city's historic communities in Austin, especially the East Austin Homestead Preservation District and the Black Cultural Heritage District, six square miles in East Austin.

"The City of Austin has a long, shameful history of using zoning and other development policies to undermine its poor and minority communities, resulting in the nation's worst economic and racial segregation as well as extreme inequality," according to the petition. "CodeNEXT should not be another tool to displace and afflict the poor, minorities, and non-rich Austinites."

Town hall meetings on CodeNEXT have drawn hundreds across the city. Fred McGhee, an East Side activist and historian, said no one was clamoring for the city to do a land development code rewrite, and he feels the effort out of City Hall is just driving up land prices.

"All Austinites, rich and poor, have a right to this city and a right to an equal quality of life," McGhee said. "CodeNEXT was specifically engineered by Austin neoliberals to craft the city in their own image, and that image does not include people who are poor and pigmented."

This code rewrite has been in the works since 2012, before the significant upswing in East Austin gentrification. City leaders have argued the CodeNEXT effort, which moves Austin to a form-based code, will simplify the development process.

Developers estimate the current land development code, which is over 30 years old and has been amended hundreds of times, can add up to a year of permitting efforts and hundreds of thousands of dollars to larger development projects. CodeNEXT, however, has run almost two years behind schedule and has cost more than twice its original estimate.

Residents of East Austin were neither consulted nor included in the drafting of the land development plan, McGhee said.

"There's a bubble inside City Hall, a clique of planners, many of whom are affiliated with the University of Texas — though not exclusively — and over time their viewpoint has been allowed to fester and congeal at City Hall. CodeNEXT is, in many ways, the embodiment of that bubble."