Jamestown In Talks To Buy The Shops Buckhead Atlanta 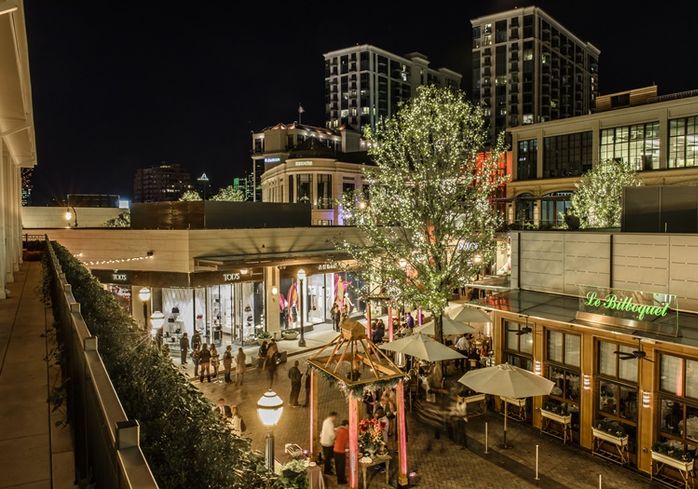 The developer that reinvented a former Sears warehouse into an Atlanta mixed-use icon is now turning its eyes toward The Shops Buckhead Atlanta.

Jamestown Properties is in talks to purchase the 300K SF retail portion of The Shops Buckhead Atlanta from OliverMcMillan, multiple sources tell Bisnow.

OliverMcMillan — which took ownership of a then-struggling project in the heart of the Buckhead Village along with partner The Baupost Group in 2010 — quietly put the project on the market late last year.

The move came after the sheen of luxury, carefully curated at The Shops Buckhead Atlanta since its opening in 2014, began to tarnish due to a lack of foot traffic in the project, as Bisnow first detailed in 2017.

The project strove to be the pinnacle of luxury retail in Atlanta, with stores like Brunello Cucinelli, Cacao, Dior, Etro, Hermes and Jimmy Choo. But OliverMcMillan faced churn among its inline retailers, with rising concerns that perhaps the developer overshot the metro area's appetite for luxury as foot traffic lagged.

Tensions arose from the rents OliverMcMillan was commanding from some of its early tenants, with some former tenants paying between $50/SF to $100/SF in rent, on par with Atlanta's retail meccas of Lenox Square and Phipps Plaza malls in Buckhead.

Last year, Brookfield Residential purchased OliverMcMillan as an avenue to begin pursuing more mixed-use projects across the country. The Shops Buckhead Atlanta was not part of that transaction, a source close to the deal said at the time. Soon after, OliverMcMillan tapped JLL to market the property toward more of a mainstream tenant base to broaden its appeal.

New tenants could include a brewery, cocktail bar, lunch and breakfast eateries geared toward a lower price point to draw in a larger swath of the Buckhead community. Doing so, JLL and OliverMcMillan officials hope, could increase foot traffic in the project.

Jamestown — with deep pockets from its German backers — transformed a former multistory Sears warehouse in the heart of Midtown into Ponce City Market, a mixed-use destination that has become the standard-bearer of adaptive reuse projects in the metro area.