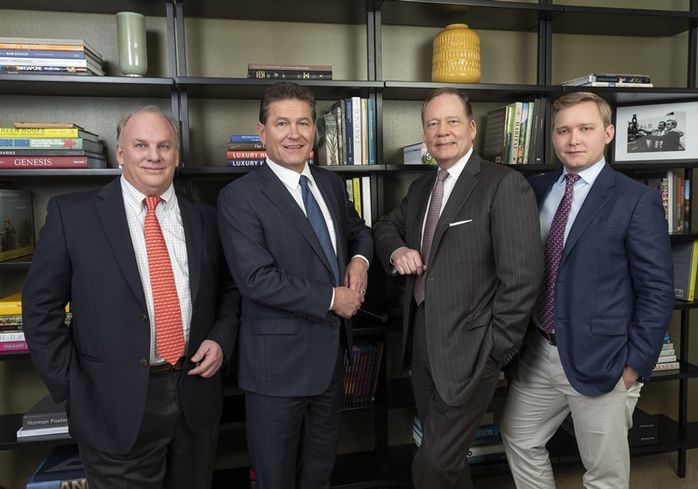 The developer of the Star Metals project is joining forces with a hotel builder to develop and operate two boutique hotels in Atlanta.

Allen Morris Co. has formed a partnership with Stormont Hospitality Group to buy and develop hotels in the Southeast, it announced Tuesday. The venture, dubbed AMS Hospitality, has already targeted two local projects: a 176-room Star Metals Hotel that will deliver at the end of 2021 and the 205-room Midtown Union Hotel, which is part of MetLife Investment Management's Midtown Union mixed-use campus.

Florida-based Allen Morris will continue developing office, multifamily and mixed-use projects. Stormont and all its current employees will be rolled under the AMS umbrella. The new company is working on a pipeline of new hotel projects in Georgia, North Carolina and Florida, officials said in a release.

“Many of our mixed-use projects will be including hospitality aspects to them,” Allen Morris Co. Chairman Allen Morris told Bisnow. "That's why this is so important."

Allen Morris is underway in West Midtown with its Star Metals District project, a mixed-use development that will include a 262K SF office building anchored by coworking provider Spaces, a 409-unit apartment complex and 50K SF of retail on the ground floor of the office building. The hotel will rise next to the office building.

AMS' Midtown Union project will be next to MetLife's planned office tower that will be home to Invesco. Both hotels will be operated by independent hotel operators, but Morris did not say which ones.

Like many of the new hotels sprouting up, both of AMS' projects will be heavily focused on food and entertainment, Allen Morris Chief Operating Officer Peter DiCorpo said. DiCorpo said the Midtown Union hotel will be designed with themes related to the nearby High Museum of Art. The Star Metals Hotel will include a rooftop restaurant and a jazz club on the ground floor.