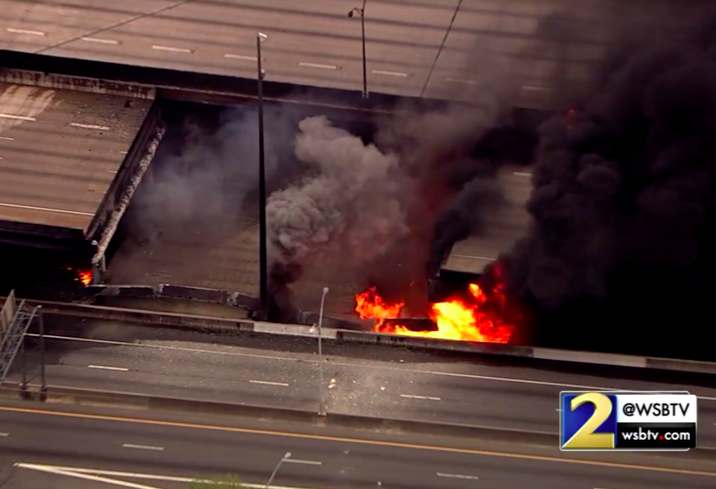 WSB-TV
A section of I-85 in Atlanta collapses after fire Thursday, March 30

Could spring break be masking the true traffic pain that will be caused by the closure of a major interstate in Atlanta? Some experts think so, and that this week is just a reprieve.

Last week, the nation was stunned as an elevated portion of I-85 collapsed after a massive fire, caused by arson, effectively shut all traffic access on the road connecting Midtown to Buckhead and Atlanta to the northern burbs. But as a new workweek has begun, many interviewed with Bisnow have been taking the change in stride.

“I think one of the upsides here is more people are going to utilize transit and find that it works better for them than vehicles alone,” Midtown Alliance CEO Kevin Green said. 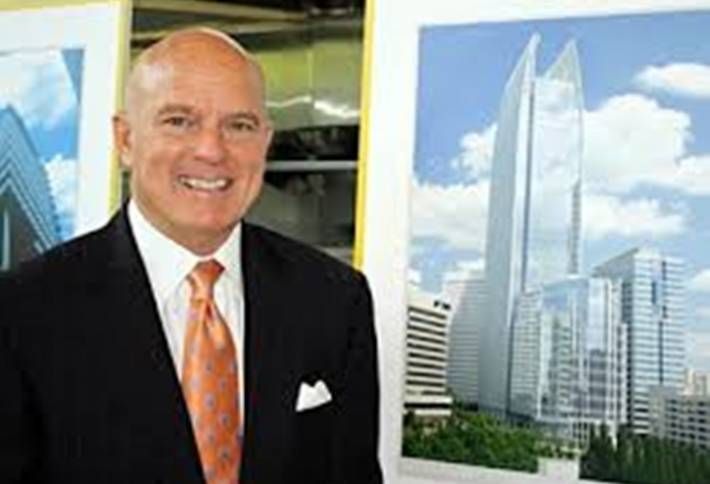 Hines senior managing director John Heagy told some business guests from New York and Chicago to take MARTA to get to Buckhead from the airport, and the trip went smoothly.

“These guys are from Chicago and New York. This is no big deal for them to ride a train,” Heagy said. The guests were actually headed to Avalon, the luxury mixed-use project up Georgia 400 in Alpharetta. But they needed to check into a hotel in Buckhead. Ordinarily, that trip would have been via Uber, Heagy said. But with the Interstate 75/85 connector decimated, that really was not an option.

They just took MARTA from the airport and Uber from Buckhead to Avalon. 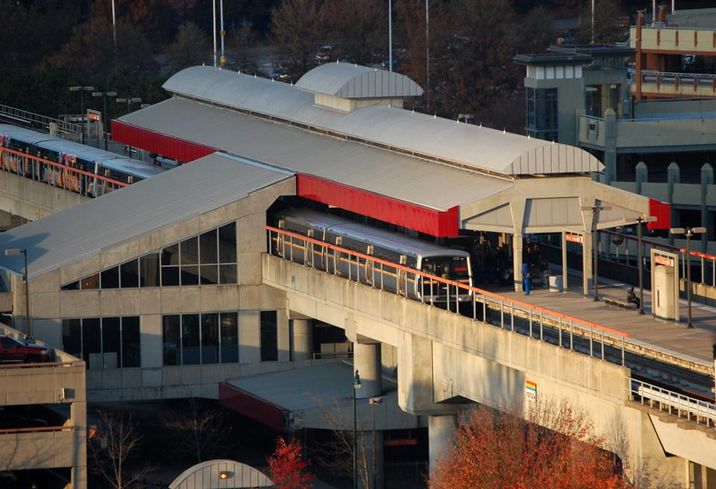 But even those using MARTA may be in for a shock. Some stations found their parking decks already at capacity, especially along the red line that runs up Georgia 400, according to a story in The Atlanta Journal-Constitution.

And it all may get worse next week.

Many schools in Metro Atlanta are on spring break this week — including the Gwinnett County, Cobb County, Fulton County and Atlanta Public School systems — diminishing the traffic impact.

“I don't know that this week is going to be a good test,” said Ines Gutzmer, a spokesperson for Equifax, which recently consolidated its corporate presence to Midtown, including at One Atlantic Center. She said, in the meantime, Equifax is allowing some employees to telecommute or adjust their times into work.

Midtown is home to an estimated 70,000 workers, many of whom are among the drivers of the more than 220,000 vehicles that used the now-closed 85 strip every day.

“I think there's a sort of dawning awareness of what this is going to do,” Green said. “I'm not sure people fully understand the impact so far.”

He said once vehicles are swarming on the surface streets in an effort to wind their ways into the city, the city will feel the real impact of having I-85 closed — potentially for months. 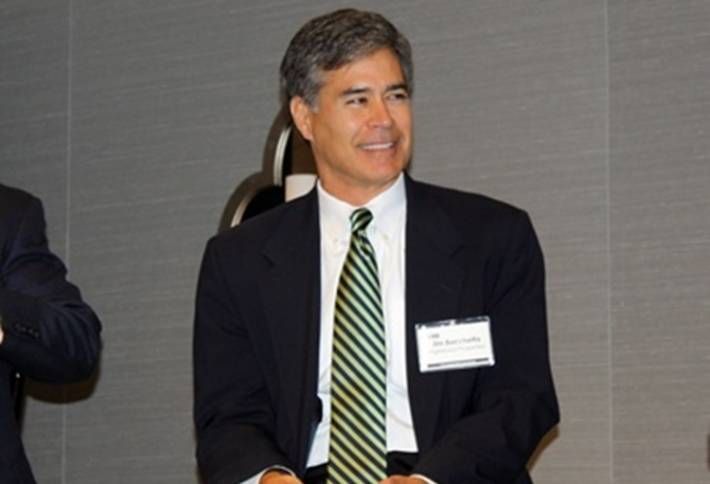 Jim Bacchetta, vice president of Highwoods Properties in Atlanta — one of the largest office landlords in Buckhead — also said this week's spring break may be masking the full brunt of the interstate's closure. He said Highwoods has been allowing some employees to arrive and leave earlier, particularly if they are traveling from south of Buckhead.

“I think a lot of people stayed home Friday out of caution, so we haven't seen the worst of it yet,” Bacchetta said. “We don't have assets in Midtown or Downtown, but I really feel for folks commuting to those submarkets. This will be a tough grind.”