VRA at 50: In the Middle of the Storm

Yesterday marked the 50th anniversary of Lyndon Johnson signing the Voting Rights Act. The NAACP Legal Defense and Educational Fund, which has carried out key voting rights work, marked the occasion at the White House. We recently joined the LDF to reflect on the VRA at 50. 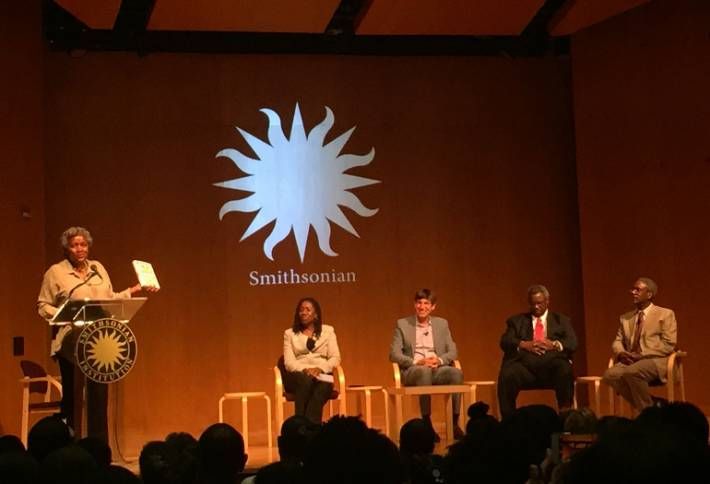 "This is not a gathering storm," said LDF president Sherrilyn Ifill. "This is a storm that we're in the middle of." Sherrilyn notes 2016 will be the first presidential election in a half-century without the protections of Section 5 of the Voting Rights Act, due to the Supreme Court's decision in Shelby County. She also says we can't overlook local elections—from the school board to the county commission—that influence so much of everyday life. 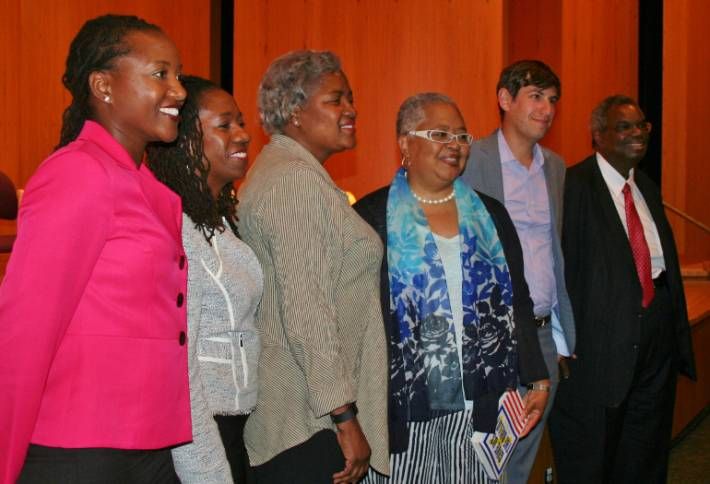 Though LDF continues filing suits, we "can't litigate our way out of voter suppression," says Sherrilyn. How likely is it that the new Voting Rights Amendment Act of 2014 makes it through Congress? As Alabama State Sen. Hank Sanders said, the odds for the original VRA were not good. But, "in 1965, there were people who didn't wait for the odds to fight—they decided to fight against the odds." At the National Museum of American History, CNN's Donna Brazile (third from left) moderated a panel with LDF president and director-counsel Sherrilyn Ifill, The Nation writer Ari Berman, Sen. Hank Sanders and George Mason professor Dr. Spencer Crew. 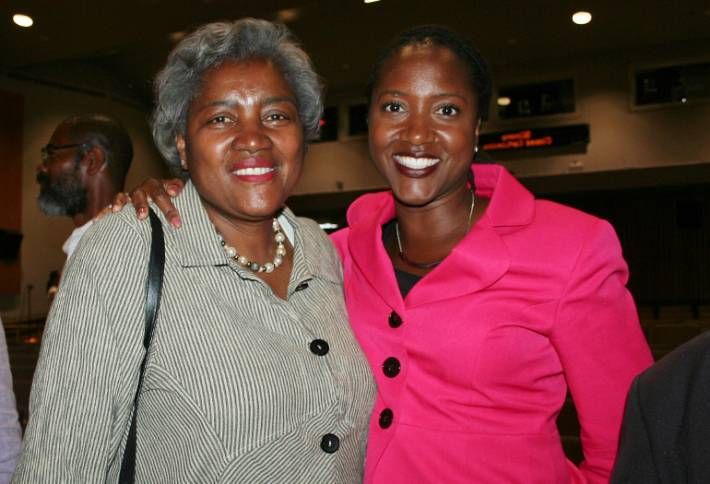 This year also marks LDF's 75th anniversary. LDF associate director-counsel Janai Nelson, right, pointed out that while the organization is well-known for founder Thurgood Marshall's work on Brown v. Board of Ed, its voting rights legacy is just as powerful. In the wake of Bloody Sunday, LDF lawyers, working with MLK, filed legal challenges that eventually let the march go forward. LDF litigated the first voting rights cases in the 20th century, and dozens of others, including before the Supreme Court. It represents Imani Clark in a challenge to a Texas voter ID law, which the Fifth Circuit ruled this week has a discriminatory impact. This week, LDF also won a voting rights victory in Georgia.