Celebrating The Life And Legacy Of Barbara McDowell

Barbara McDowell had an incredible life that was cut short when she was 56. The Barbara McDowell Foundation and High Impact Pro Bono Litigation Project at Drinker Biddle, established in her memory, recently celebrated its fifth anniversary. 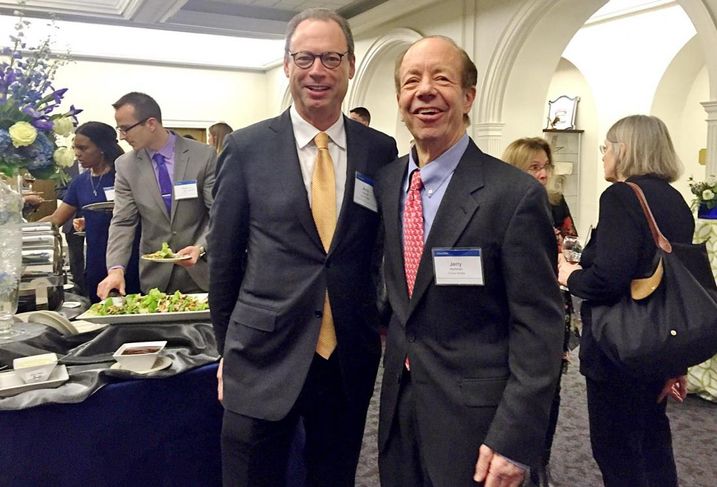 At the reception in Drinker Biddle's DC office, we found firm chairman Andy Kassner (in from Philly) and labor & employment partner Jerry Hartman. Barbara and Jerry were married in June 2000 in DC. After Barbara passed away of brain cancer in January 2009, Jerry established the Barbara McDowell High Impact Litigation Project, with the support of the law firm, to carry on Barbara's work. The foundation aims to improve social justice for disadvantaged individuals through systemic, high-impact legal action. (We spoke with Jerry about the foundation's work in January and November 2011. In 2014, he accepted Legal Aid's Servant of Justice Award on Barbara's behalf.)

Barbara was the founding director of Legal Aid's Appellate Advocacy Program, where she represented impoverished and indigent individuals before the DC Court of Appeals in areas including housing, public benefits and domestic violence. She received the Rex Lee Advocacy and Public Service Award for Appellate Advocacy, an award named after the former US Solicitor General, which was presented to Barbara by Chief Justice John Roberts. After Barbara's death, the Legal Aid program was renamed the Barbara McDowell Appellate Advocacy Program in her honor.

There had been speculation around Barbara being a possible candidate for US Solicitor General. A Yale Law grad, she had three clerkships—including one for Supreme Court Justice Byron White—followed by a decade at Jones Day (where she became partner), and, after being appointed by Walter Dellinger, a decade as Assistant to the US SG (during which she argued 18 Supreme Court cases, including two in the same day; she won nearly all of them). 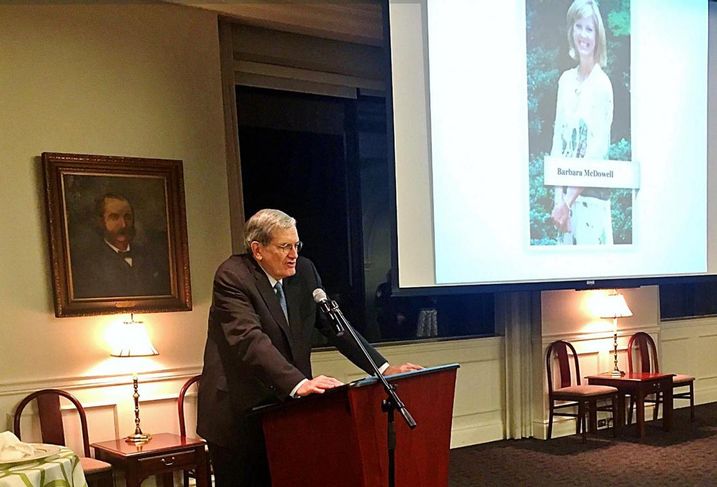 I am grateful for this opportunity to speak about this exemplar of the law, said the Hon. José A. Cabranes, a judge on the US Court of Appeals for the 2nd Circuit and a member of the US Foreign Intelligence Surveillance Court. He was the first judge for whom Barbara clerked. During his keynote at the celebration, he spoke about what a remarkable person and lawyer Barbara had been. Words that most come to mind about her, he said, are effervescent, ebullient, and full of life. 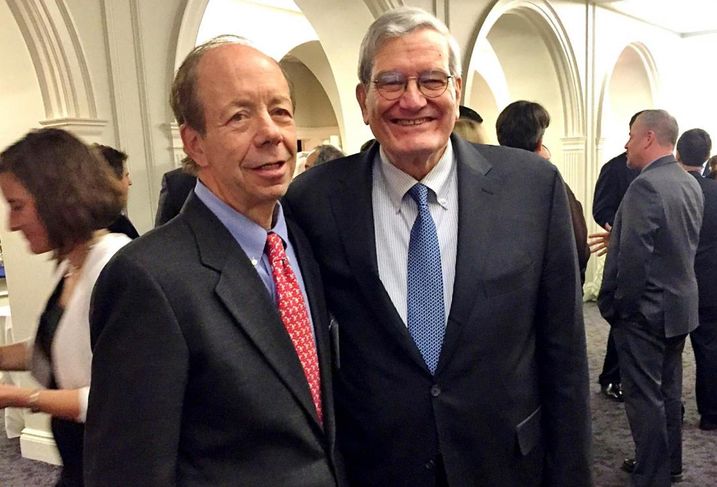 Judge Cabranes reviewed his chambers files to find that he'd first heard Barbara's name in spring 1984; she had been the first Yale law student to welcome his wife, then a new Yale Law professor, and a former Justice Byron White clerk. Barbara had headed the Yale Women's Organization. Yale Law professor Michael Graetz then sought out Judge Cabranes to say that Barbara, his research assistant, would make a great clerk. After she'd clerked for him, Judge Cabranes wrote to each Supreme Court justice to recommend Barbara for a Supreme Court clerkship. They kept in touch throughout her life. She was serious about her work, but a cheerful person, he said. 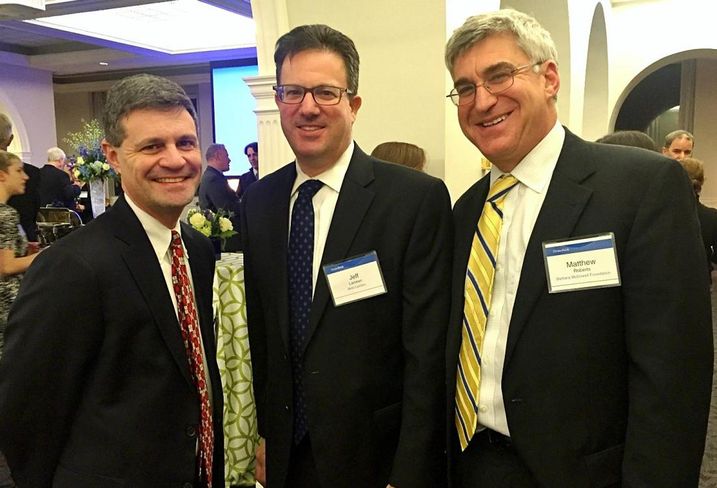 Eric knew Barbara well from her time at Legal Aid. "It's wonderful to think how much her legacy lives on through the cases handled by the Barbara McDowell Foundation," he said in a video about the organization. The foundation's impact has grown each year, and includes a landmark settlement for visually impaired New York residents, a settlement providing additional Food Stamps benefits to thousands of DC residents, and a class action against the City of Austin for jailing individuals who can't afford to pay misdemeanor fines. 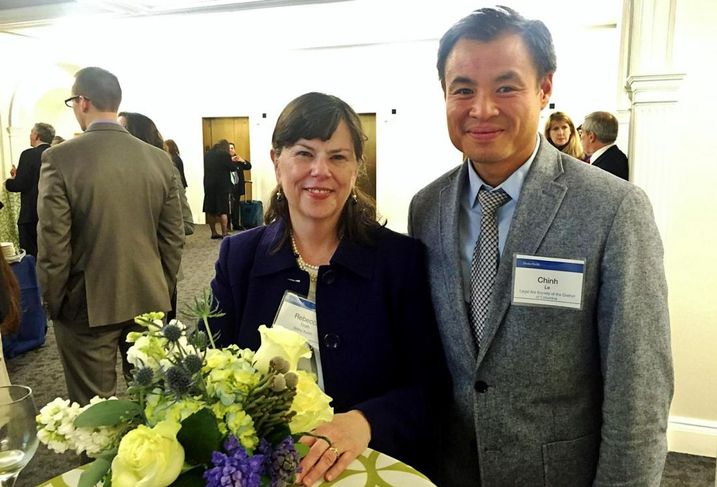 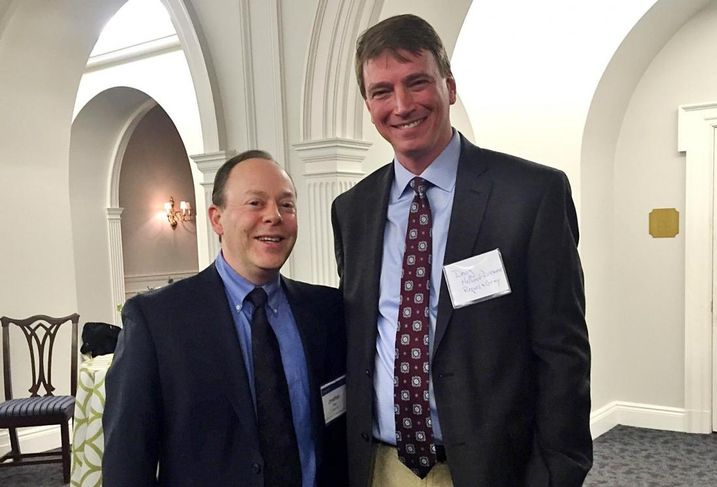 Last year, Doug Hallward-Driemeier (right) argued in the groundbreaking Supreme Court marriage equality case Obergefell v. Hodges. The DC managing partner and Appellate and Supreme Court practice chair at Ropes & Gray is also a Barbara McDowell Foundation board member. He worked with Barbara while he was at the DOJ Civil Appellate Staff and she at the SG's Office, and he succeeded Barbara as Assistant to the SG.