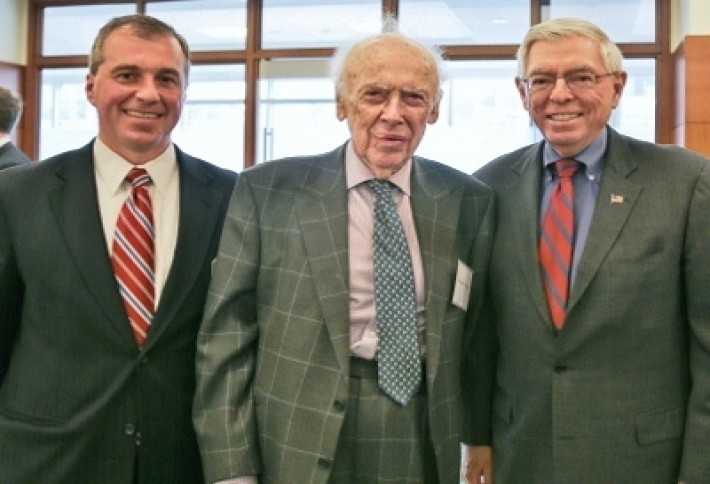 "Why should you not patent human genes?" asked Dr. Watson, commenting on the landmark human gene patent case Myriad. "I guess the answer is they're just too important to our lives to put in the hands of one individual." He'sflanked above by Wiley Rein patent lawyer Matt Dowd and firm chairman Dick Wiley. Matt wrote and filed an amicus on Dr. Watson's behalf in Myriad, which had its oral arguments before the Supreme Court on Monday. 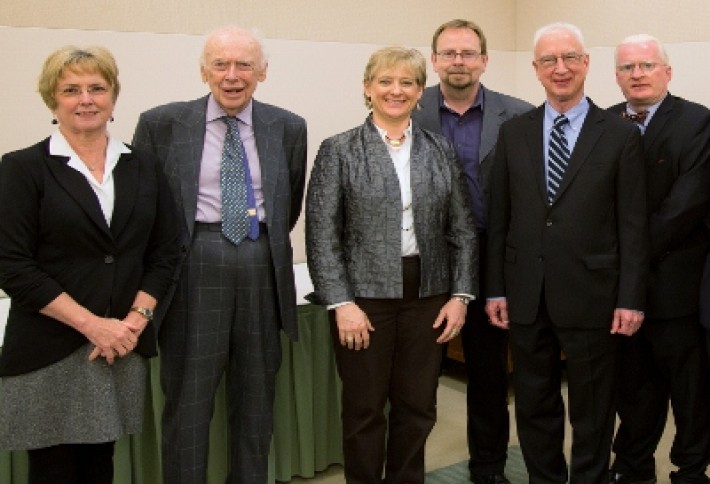 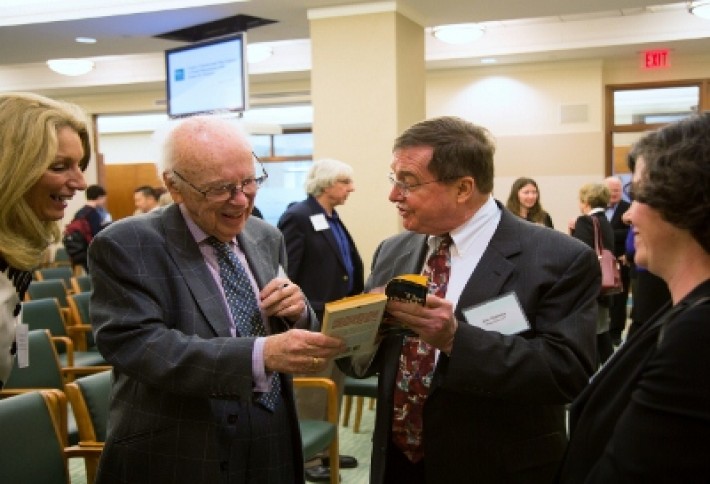