DC has some of the country's best lawyers. (We're not just saying that cause we live here. Also go Nats, Caps and Mystics.) The Women's Bar Association of DC held a reception this week at the US District Courthouse for the local winners of the Margaret Brent Women Lawyers of Achievement Award. 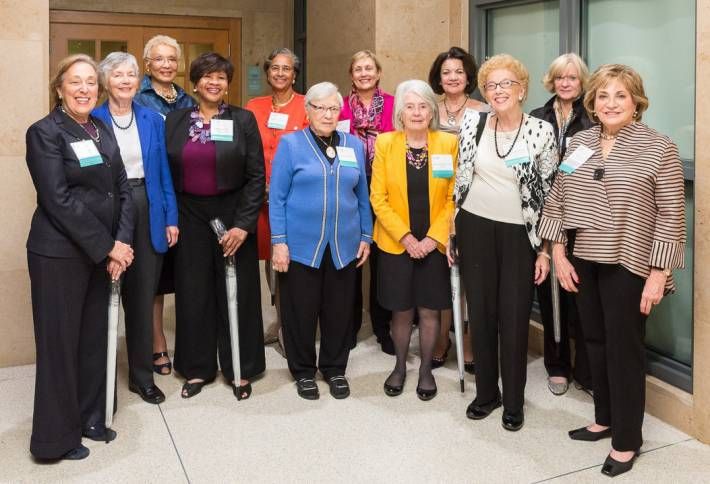 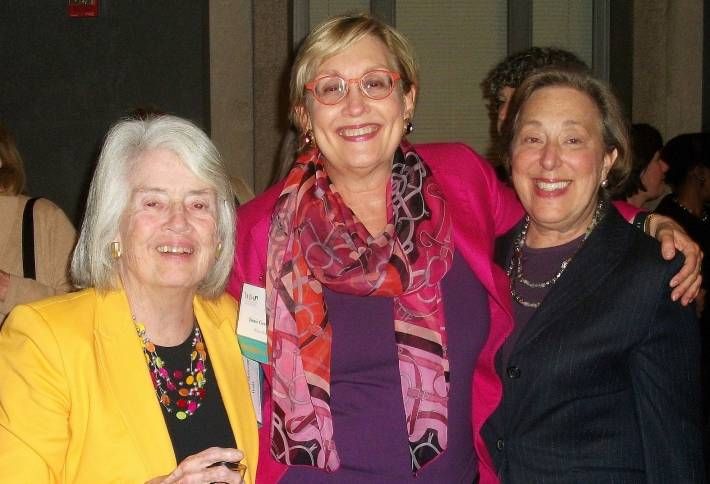 Just before Judge Pat Wald gave the keynote, we snapped her with Jamie Gorelick and Marcia Greenberger. Judge Wald came to DC in '52 fresh from a clerkship on the 2nd Circuit (where she'd been the only woman). She spoke about how women in the legal industry at that time learned to build their own career ladders, and then not just help other women up, but also encourage them to build new and better ladders. "Once the gates were breached," she said, "you all rushed in to blanket the halls of justice." A Presidential Medal of Freedom awardee, Wald was the first woman on the US Court of Appeals and its Chief Judge for several years. In a moment that illustrated how times have changed, Judge Wald mentioned that during her confirmation process she was considered "anti-family," although she had taken off 10 years from work to raise five children. 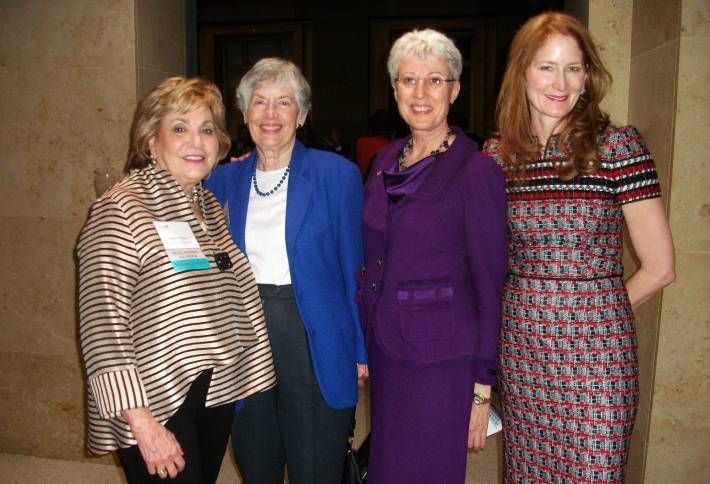 Perkins Coie partner Lorie Masters, second from right, spearheaded this event. She's with Marna Tucker, Brooksley Born and Arudia founder Anne Collier. Marna and Brooksley taught a course together on "women and the law" at Catholic's law school in the early '70s and went on to found the ABA Women's Caucus. Brooksley graduated at the head of her class from Stanford Law (where she was one of five women) after leading the Stanford Law Review, and joined Arnold & Porter in '65. A former CFTC chair, she's well-known for being one of the only voices to warn about the risks that led to the financial crisis. 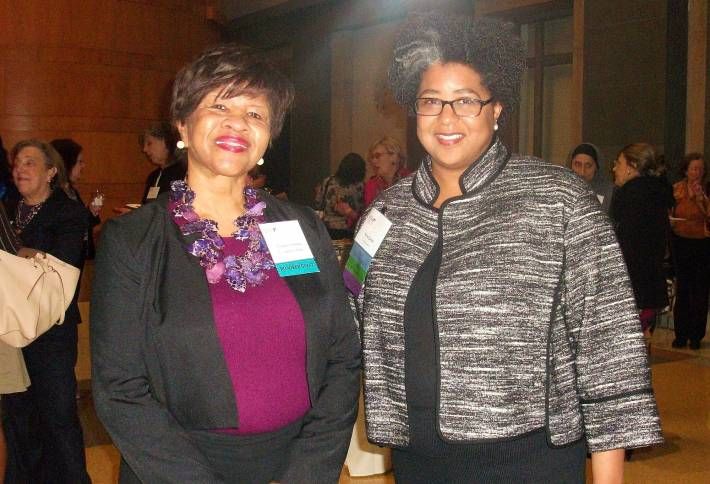 Professor Emma Coleman Jordan with DC Bar Foundation head Kirra Jarratt. (We snapped some pictures at the reception welcoming Kirra when she became DCBF executive director last year.) Emma, who's taught at Georgetown Law since '87, is recognized for establishing the legal theory of economic justice, and researches, publishes and teaches about law, economics, financial services and civil rights. 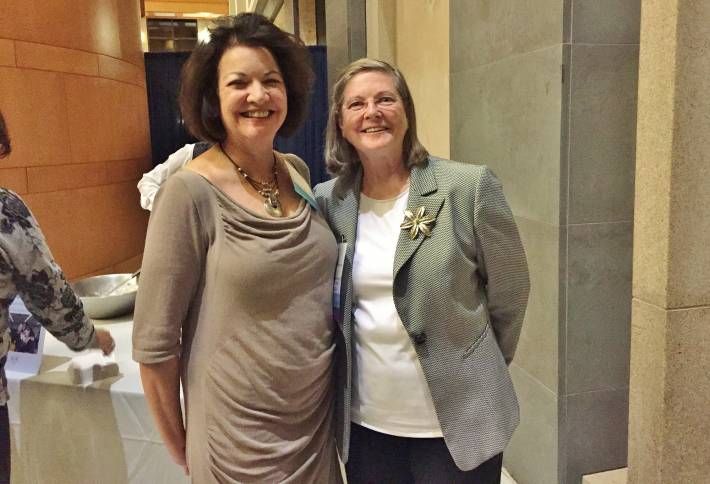 We spotted two judges catching up: Hon. Vanessa Ruiz and Hon. Diane Brenneman. Judge Ruiz is the first Hispanic judge to serve on DC's highest court, where she's served since being appointed by Clinton in '94. In 2013, she was also named the Woman Lawyer of the Year by the Women's Bar Association of DC and WBA Foundation. Another big WBA event is its Centennial Celebration, coming up in 2017.