What You Don't Know About Ángel Cabrera 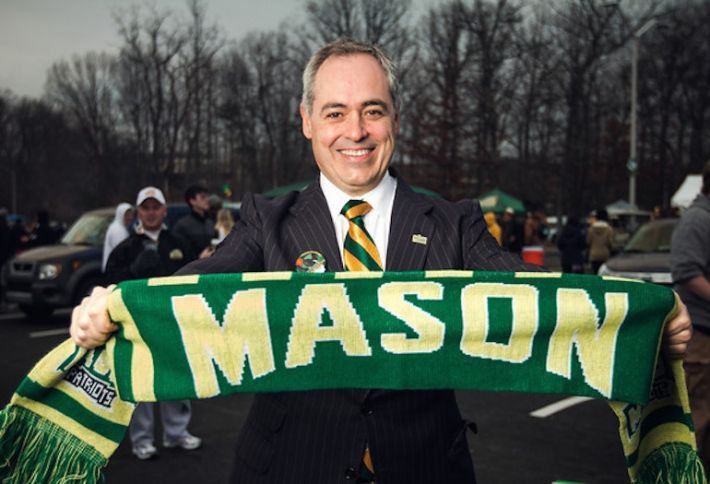 GMU president Ángel Cabrera is speaking at our Prince William County Harnessing Innovation event next Tuesday (sign up here). To get ready, we asked him a few questions.

What’s kept you busy the last two years? Crafting a new strategic plan, opening a campus in Korea, and signing a partnership with a third-party organization to recruit more international students. The 10-year plan doubles GMU’s sponsored research dollars so we can grow research in cybersecurity, healthcare, biomedical, IT, and other fields.
What’s GMU’s role in local innovation? There’s a direct relationship between competitiveness of a country or region and the number of world-class universities in that region. There would be no Silicon Valley without Stanford and Cal-Berkeley. Northern Virginia has a sophisticated knowledge-based economy and we’re building a world-class research university at its core.
What’s the future of GMU's Prince William campus? It’s become a hub of science and tech for Mason in areas of molecular medicine and infectious diseases and with our Simulation & Game Institute and other programs. We want to see more labs and research, more connections to business, and the incubation of new businesses. 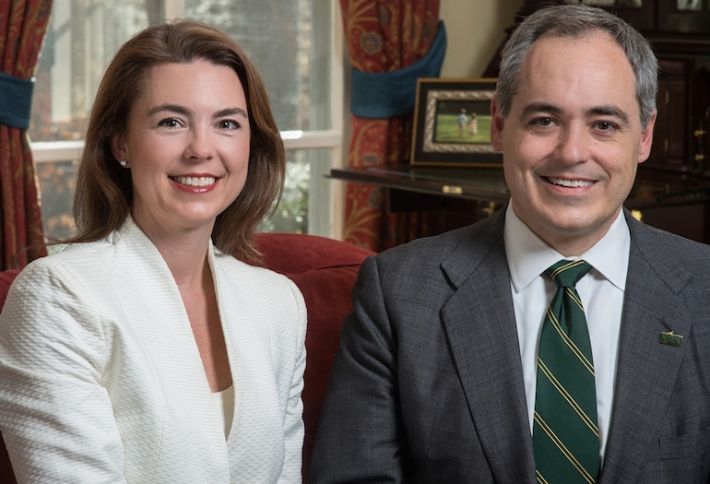 Inspiration for an education career: Granddad was a teacher in a poor farming town in Spain called El Torno. It was the least developed part of Spain, so it was a big deal to be a teacher. I spent the summers with him and planned early on to become a teacher.
Grew up: Madrid.
Current home: In the president’s house off Popes Head Road, a few miles from the Fairfax campus.
Why the US: A Fulbright scholarship—got a master's and PhD at Georgia Tech. Also met my wife there.
First job: Dad owned a small coffee shop, so worked for him and did a lot of tutoring.
Daily habit: Long walks.
Favorite local restaurant: Minibar.
Favorite book: Don Quixote.
Family: Married, son (17) and daughter (15).
Free time: Hiking, reading, and skiing.
You’re active on Twitter (nearly 12,000 followers). Do you write your own tweets? Oh yes! If you delegate your tweets to someone else, people will know. I like having a direct pathway to Mason students, faculty, staff, parents, prospective students, and alumni.
Startling fact: In college, I hiked across the Sahara Desert.