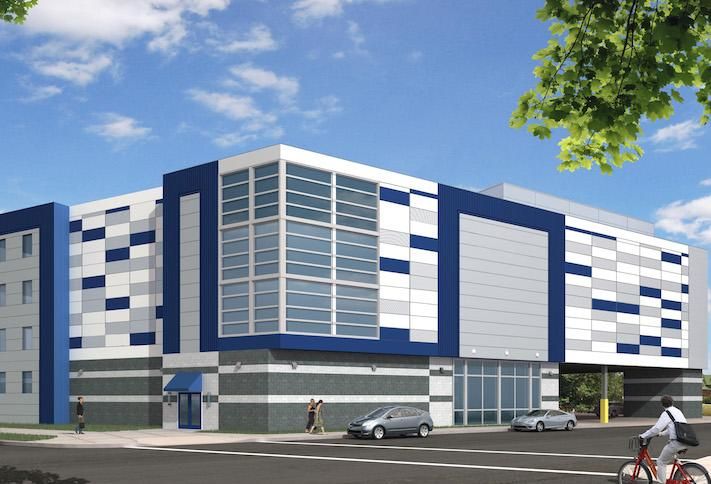 A residential developer in D.C. is building its second self-storage facility in D.C. to satisfy what he sees as unmet demand for new storage space.

The building will have 950 self-storage units across four stories and a penthouse. It sits near the intersection of Blair Road NW and Kansas Avenue, less than one mile from the Fort Totten Metro station.

The groundbreaking comes after Lock 7 last year completed a 90K SF self-storage project at 1250 Taylor St. NW. Eichberg Construction is serving as the contractor for both projects. Both buildings will feature rooftop solar panels through a partnership with Furbish Co. and Solar Energy Services.

The projects are the first two self-storage projects for Lock 7, a primarily residential developer that has built multifamily projects throughout the region. As thousands of new apartments have delivered across the D.C. area, Gorman said the need for self-storage has increased.

"There has been a boom of apartments in the city, and generally they're smaller, so people need more space," Gorman said.

Gorman said D.C. has especially strong self-storage demand because many students spend the school year in the city and need a place to keep their belongings over the summer, and it has a high population of military members who use self-storage.

While some new self-storage projects have been built, he said some older storage buildings have been torn down and replaced with multifamily and other types of development, reducing the amount of supply on the market.

"A lot of the self-storage that's been built the last couple decades is older and down by the railroad tracks and not particularly attractive," Gorman said. "There's been a shift in the entire industry. The new self storage we're building is climate controlled, secured, well-lit and easy to access.