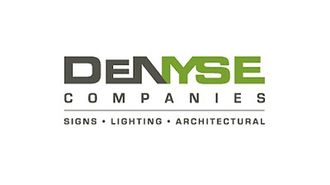 Zoning Changes Are Impacting Local Signage: Here's What You Need To Know

Your signage is often the first impression that your business makes. It's critical.

But zoning laws in DC have recently changed, and you may be in violation of the updated code. DeNyse Cos sales and project manager Derrick Nursey gave us a rundown of the crucial info that local retailers need.

Bisnow: What specific zoning changes have there been that directly impact what retailers or other businesses can and can't do with their signage?

Derrick: DC is one of the more attentive municipalities in the nation when it comes to their vision for cohesive signage.

All sidewalk traffic signs used to market vacancies or daily deals now must be regulated in size and thickness and must be temporarily permitted. This is an extra challenge for multifamily buildings and retailers.

Many of the existing blade signs under permit will become noncompliant if they undergo rebranding or renovation. With decreasing allowable square footage, these signs will need to be updated.

In DC's historic districts, the majority of roof signs, revolving signs, special signs, scrolling signs and billboards are no longer allowable at all. Many of the few you see are grandfathered in or have been cleverly permitted. Being cognizant of the code goes a long way.

Bisnow: Has there been confusion from the community on how to properly meet these changes?

Derrick: All the time. But it's easily avoidable! Most confusion comes from an initial design intent that may first appear noncompliant or nonconforming with local code. One of the first responsibilities of providing signage and architectural elements is navigating our clients’ vision through the local guidelines. Finding a way to comply with code without losing design intent is a fun, rewarding challenge.

Bisnow: Has the growth and reimagining of DC neighborhoods over the past decade contributed to any changes in the zoning laws?

Derrick: The regulations are updated and revised with some degree of regularity. There were significant proposed rules in 2001, 2011, 2012 and 2015. With the influx of new residents and growing population, there have been plenty of new regulations to respect the safety, health and annoyances of the local residents. A few examples would be measured light output from illuminated signs and allowable projection off of a building’s façade.

Bisnow: Has a resurgence in commerce in areas that were once less attractive to businesses inspired these guidelines?

Derrick: That is exactly correct. As the growing population seeks more affordable housing and development moves into new areas, signage regulation is being revisited on a daily basis with each application we submit. The District has multiple agencies that review each comprehensive sign plan with the authority to approve what they see is in the best interest of the residents, business owners, and what reflects the overall vision of the HPO.

Bisnow: What is the zoning regulation that has been the most difficult to work with?

Derrick: If there is a nonconforming sign on an existing property, it generally needs to be brought up to compliance within the same proposed sign plan. This can be an unexpected variable. I always encourage our clients to bring us in as early as they can, because it's never too early to start your research and get out ahead of any potential holdups/fines.

DeNyse
DeNyse Companies is a progressive sign, lighting and service company, based in Metro Atlanta. Since 1983, we have been designing, fabricating, and installing creative sign systems, architectural metals and specialty foam products. We add value to your properties with an expert approach to superior signage. We simplify the process, align our efforts to meet your needs and set you apart.
Confirmed! You are subscribed to the Bisnow Washington DC E-Newsletter.
Most Read Stories
More Top Stories
Bisnow DC Newsletter
Bisnow DC Newsletter