Whole Foods Hasn't Even Opened And It's Already Changing These Neighborhoods

Two emerging corridors, H Street NE and Route 1 in Prince George’s County, will welcome their first Whole Foods this spring. Even before the popular grocer opens, both neighborhoods are already benefiting from "the Whole Foods effect." 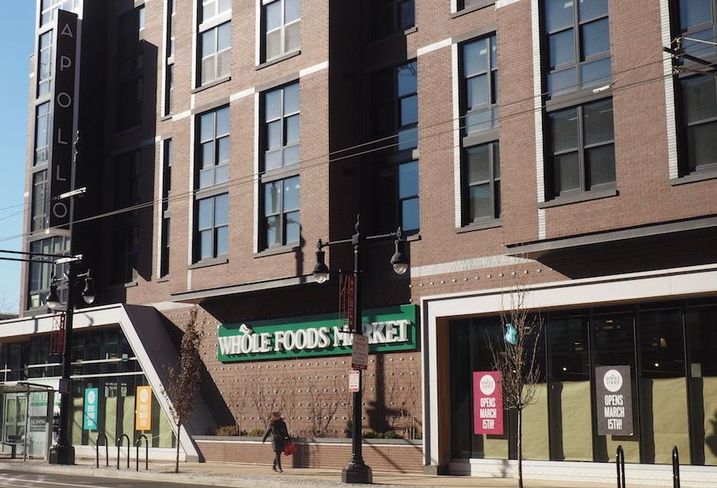 In addition to the buzz Whole Foods creates around a neighborhood, studies have shown properties near the grocer grow more rapidly in value than average homes. The DC-area neighborhoods welcoming a Whole Foods this spring are already experiencing increased housing demand and rate premiums, according to landlords, brokers and residents.

The H Street location will open March 15 in the ground floor of The Apollo, Insight Property Group’s new 431-unit apartment building. The Whole Foods opening in the building has been widely buzzed about since well before Insight began its lease-up in November, but Insight CEO Rick Hausler said leasing activity has picked up as the opening date approaches. He attributes a big part of the building’s early leasing success to the Whole Foods and said Insight is able to charge a rent premium because of the store’s popularity. 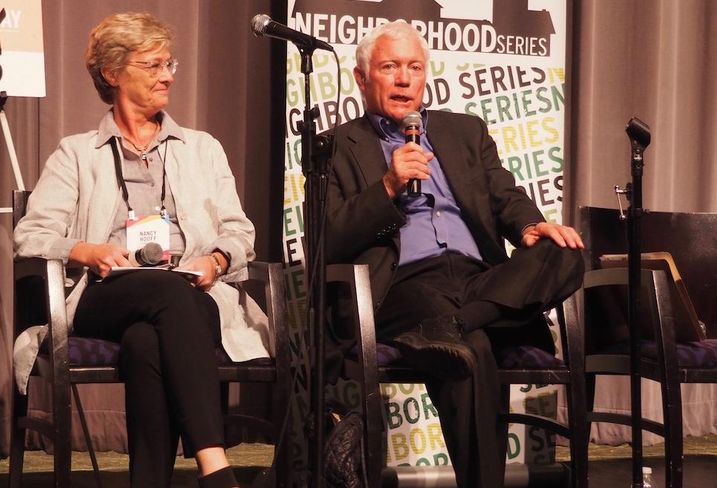 “Since the announcement of a specific date of opening by Whole Foods, we kind of feel the buzz,” Hausler said. “People are talking about it, they’re asking about it.”

Emre Tiftik, a 36-year-old economist, moved into the building last Monday. On Saturday, he was walking through the lobby — connected to the Wydown coffee shop — with multiple grocery bags from the Giant supermarket three blocks away, on the ground floor of 360 H St., owned by Steuart Investment Co.

"I moved here because of Whole Foods," Tiftik said. "I don't like to take the bus to get groceries. You want to be close by."

He prefers Whole Foods to other grocers because of its fresh fish selection and the overall food quality. At his previous home on U Street, he said he would walk 15 minutes or take the bus to the Logan Circle Whole Foods.

The apartment building Whole Foods anchors is not the only property gaining increased interest because of the store. Compass real estate agent Anthony Piscitelli, who is selling three separate units around the corner at 628 I St. NE, said H Street has generally seen growing interest in recent years. But he has seen an increased level of urgency from potential buyers as the Whole Foods opening date approaches. 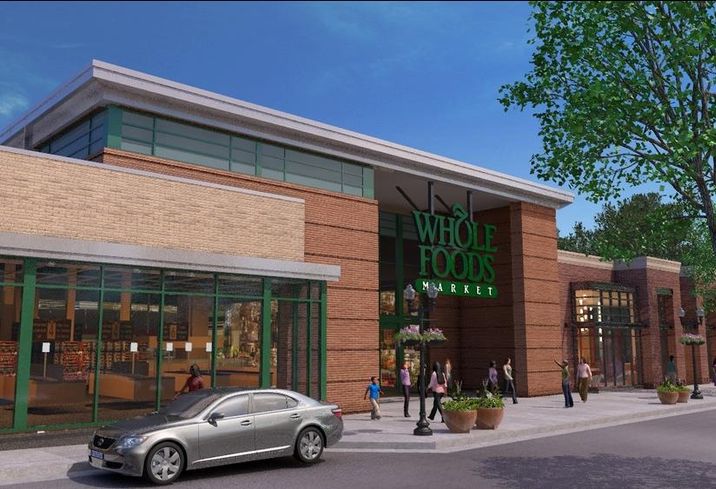 
A rendering of the Whole Foods at Cafritz' Riverdale Park Station

A similar phenomenon is happening in Prince George's County's Riverdale Park, where a Whole Foods is opening in Cafritz Enterprises' mixed-use project later this spring.

Long and Foster Real Estate agent Jean Pirovic has been selling houses in the neighborhood for 27 years. She said the Whole Foods-anchored development is attracting buyers from Capitol Hill to Alexandria and other parts of NoVa, well beyond the traditional range of interest in the neighborhood. The increased activity has led to multiple offers being made on each house, which she said has driven up the price in some cases.

“The Whole Foods has been a very big draw,” Pirovic said. “That is the main reason people have been looking at the ads and marketing and have come here to look and visit open houses as a result of that. The Whole Foods has been very instrumental in getting people to consider this as a place to live, specifically people from outside the area who wouldn’t have gravitated here.”

"We have had positive appreciation across the county, it's hard to isolate one thing," Frome said. "There is good stuff going in the neighborhood, it's not just Whole Foods ... but this is one of those missing pieces that will help spark that area." 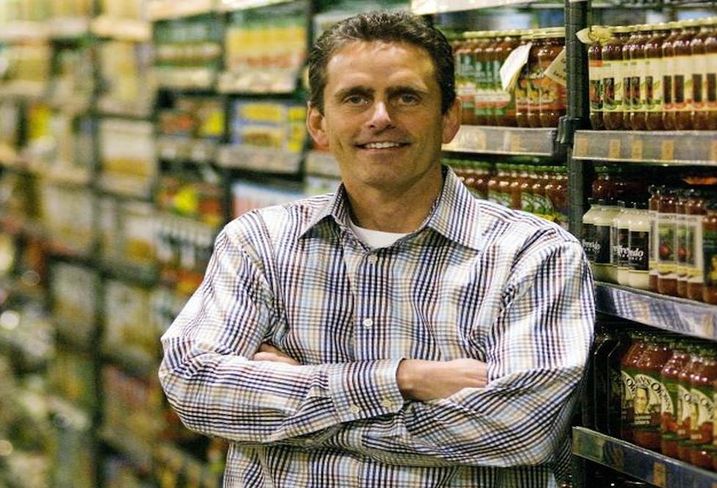 Whole Foods Mid-Atlantic regional president Scott Allshouse said the company looks at several factors, including density, demographics, parking availability and where Whole Foods shoppers at other locations live. He said the company knows it helps boost economic activity in neighborhoods, but he said that does not factor into the company's location decisions and they do not use it as a chip at the negotiating table with landlords.

"We go for what exists now, not what might come later," Allshouse said. "Our process doesn't allow us to consider future development and density. We have to go in based off 'if everything froze in time, would our store work?'" 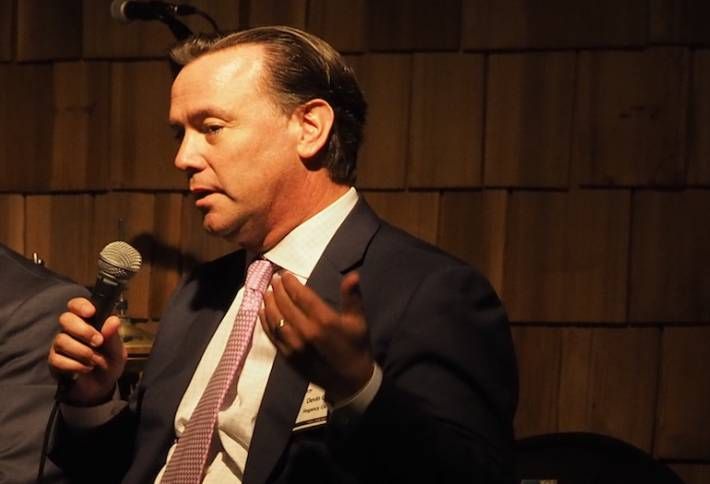 It is not just residential real estate that feels a boost. Whole Foods can also have a major impact on nearby retail spaces. When Regency Centers opened the Whole Foods-anchored Belmont Chase shopping center in Loudoun County in 2015, the other retail spaces had already been 92% pre-leased before the development opened. Regency Centers vice president Devin Corini said having Whole Foods allowed them to attract higher-end retailers for higher rents.

"In comparison to doing it with the other grocers, in terms of the level of interest and type of tenancy you get, there is a premium," Corini said. "Whole Foods is definitely a game-changer. You just get the higher caliber Class-A tenants."

While the Whole Foods premium has landlords jumping with joy, those who promote locally owned small businesses see it as a concern. H Street Main Street executive director Anwar Saleem thinks the Whole Foods will be good for helping the corridor's residential demand and foot traffic, but he worries that national chain retailers willing to pay higher rents will push small businesses out of the market.

He specifically cited the Starbucks and Petco that recently opened at the Anthology apartment building across the street from the upcoming Whole Foods as examples. These stores, he said, are drawing business away from local coffee shops and from Metro Mutts, a locally owned pet supply store one block away.

"Most of the small-business owners and employees live near the H Street corridor, and that means the money is being circulated and reinvested on H Street," Saleem said. "If we continue a trend where we see the Petcos and Starbucks, we’re going to see other larger corporate businesses willing to pay larger rents, and we're going to lose that small, local, creative business along the corridor."

Before signing on at The Apollo, Allshouse said he visited H Street several times and loved the corridor's unique character, which he hopes will last well past the store's opening.

"We’d love to come in there and have the corridor stay exactly the way it is," Allshouse said. "We would accept change if the community decides it wants it to be different, but quite frankly, I hope it stays closer to the way it is."