Almost 300 restaurants have opened up in the past two years alone in the DC region, and Restaurant Association of Metropolitan Washington CEO Kathy Hollinger says she doesn’t think “we’ve reached a saturation point.” That was just one of the myriad things we learned this morning at our DC Restaurant and Retail event. 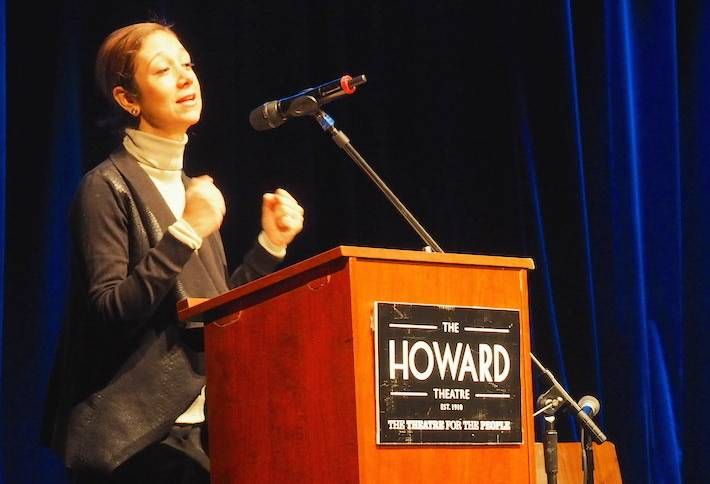 More than 240 people came to the Howard Theatre in the heart of Shaw—one of DC’s fastest-growing retail neighborhoods—to hear Kathy and our other speakers give their insights on the hottest trends on the ground floor of the region. Kathy represents the restaurant sector that pays more than $260M in annual taxes in DC alone, but she says as her membership grows, it will get harder and harder to compete. “More and more is being introduced and it impacts the bottom line for the restaurant operator,” she says. 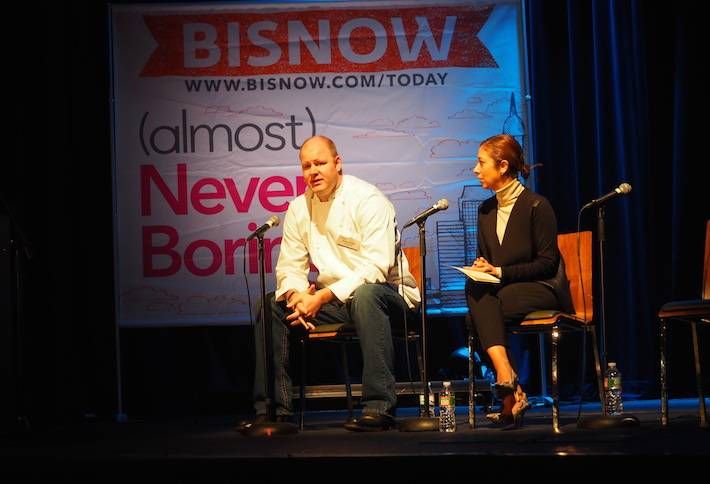 That’s why The Source executive chef Scott Drewno, who Kathy interviewed after she gave her podium remarks, has renovated and refreshed his restaurants, eight years after opening Wolfgang Puck’s first DC eatery. “When you see so many chefs introducing new concepts,” he says, “you have to move forward.” For restaurants, moving forward will likely include more fruits and veggies and fewer proteins, more locally sourced ingredients and fewer processed foods. That last part is especially important, Kathy pointed out, because of the recent World Health Organization report that reveals processed meats like bacon and sausage cause cancer. In related news, Bisnow’s DC reporter’s life expectancy rate has been drastically reduced. 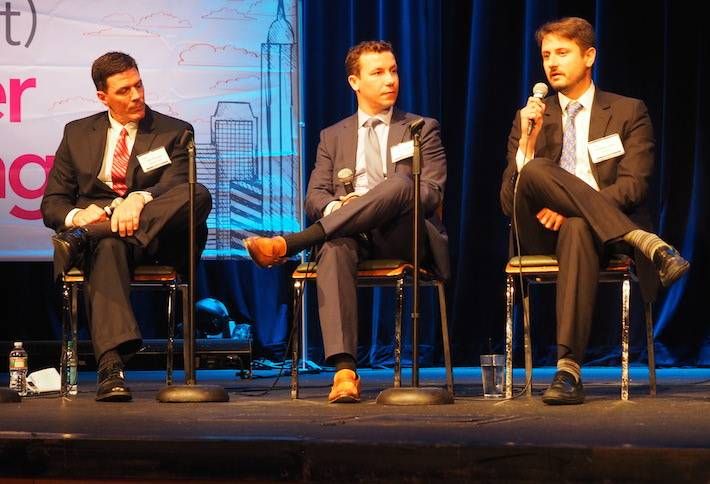 Those locally sourced ingredients are part of a broader trend: consumers wanting a more authentic, customized experience. Bozzuto director of retail John Pezzulla (what is it with the double Zs at that place?) says the more you try to be authentic, the less authentic you are. Dave Dochter, sitting to John’s left, says “socialization is really the driver of the sense of place. You can’t just put a theater with retail somewhere, that doesn’t create place.” Philippe Lanier, principal at Eastbanc, controls a chunk of real estate in DC’s traditional retail hub, Georgetown. “The whole community is rediscovering what a sense of place is,” he says. “We’re looking for retailers that get it.” 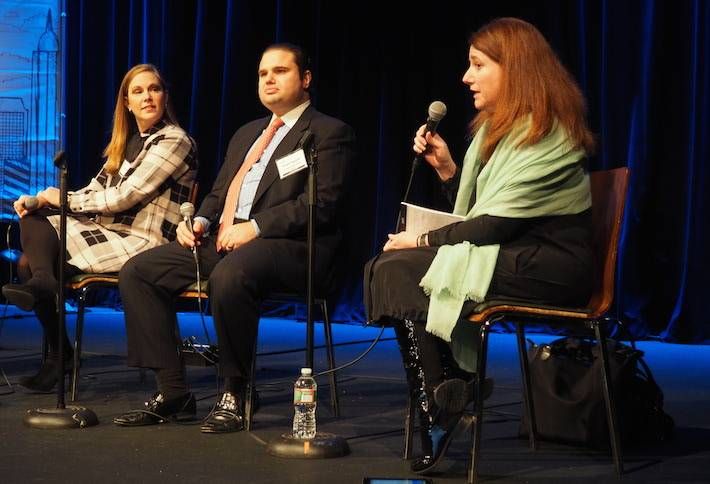 Sometimes, to get those retailers and sense of place, landlords have to give up their highest asking rents and give up seeking the highest-credit retailers to accomplish a longer-term value. Vornado/Charles E. Smith director of retail Wright Sigmund says you get the returns back “in the next five to 10 years. When you have a sense of place, your project is worth more money.” Wright was flanked on the retail development panel by moderator Tara Scanlon and Hines director Amy Rice. Amy is in charge of leasing CityCenter DC, which has attracted luxury retailers since opening last year. She thinks of her own shopping habits, which include targeting a national chain as a destination/anchor, but using small, unique retailers as the true placemakers. “If I buy a pair of earrings at this boutique no one knows about, I want to tell all my friends,” she says. “Unique retailers give the customers a sense of pride and ownership that brings them back.” 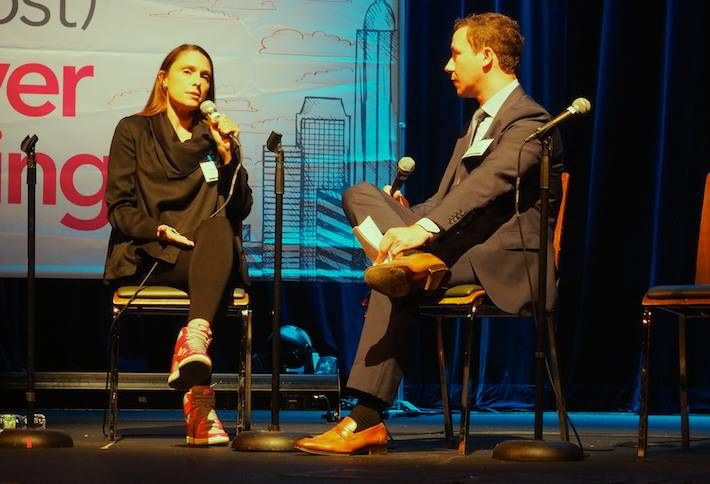 Expanding the nature of your business also helps. Pacers opened in Old Town Alexandria as a running store more than two decades ago. Under the leadership of CEO Kathy Dalby, it has grown to locations in Clarendon, the Capitol Riverfront, Fairfax City and 14th Street with the help of its road-running and events business. “It’s not just about selling a product,” she told Dave, who interviewed her, pulling double-duty this morning. “It’s about selling an experience.” 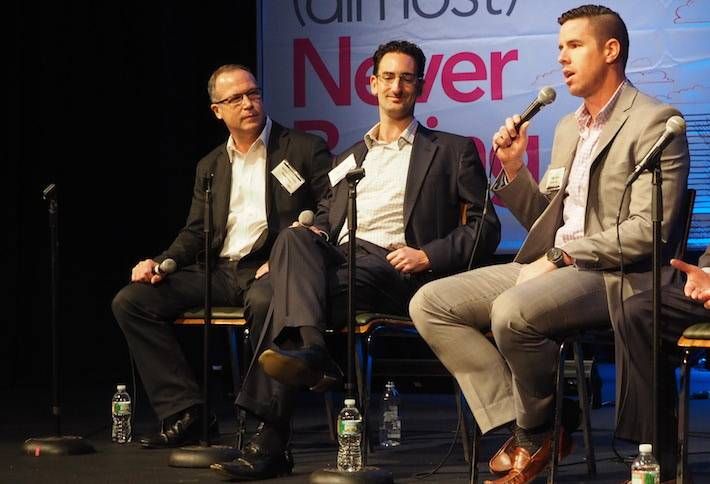 That experience is what Potomac Construction Services’ Tom Dailey, Foxhall Partners’ Matt Wexler and Suzuki Capital’s Colby Schwarz try to integrate into their development offerings. “When construction’s finished, you have to provide an experience people are going to enjoy and get some value out of,” says Matt, who developed The Riggsby with Tom. Tom also built the soon-to-be-opened Momofoku space in CityCenter, a chef-driven concept (David Chang can thank Netflix for all the buzz) that is becoming more the norm for all levels of restaurants. But even celebrity chefs are experiencing a margin crunch that comes with escalating rents—over $200/SF in some submarkets. 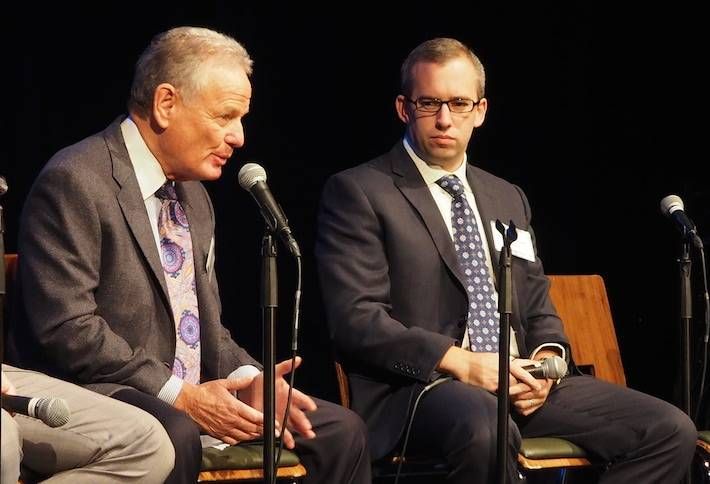 That’s why Robert Wiedmayer pulled out of The Wharf, EagleBank vice chairman Bob Pincus says. “His banker advised him against it.” Bob knows the financials behind DC restaurants: his banks have invested in Wiedmayer, Jose Andres “right when he got off the boat,” Cava, Sweetgreen and Matchbox. The list goes on from there. “It would be much more difficult for those to open today.” Next to Bob is moderator Michael Harlow, a tax partner at CohnReznick. 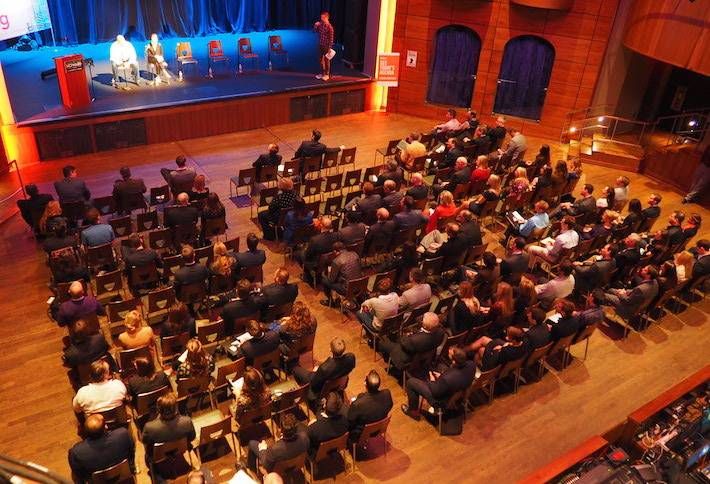 Michael asked the restaurant development panel for one-liner words of wisdom to close out their time on stage in the beautiful, refurbished theater. Tom’s advice: “Do your homework.” Colby said to line up great equity. Bob remarked on the prevalence of fast-casual restaurants like Cava and Sweetgreen taking on equity for rapid expansions. Michael closed it out with foreboding words: “Don’t underestimate your startup costs.” 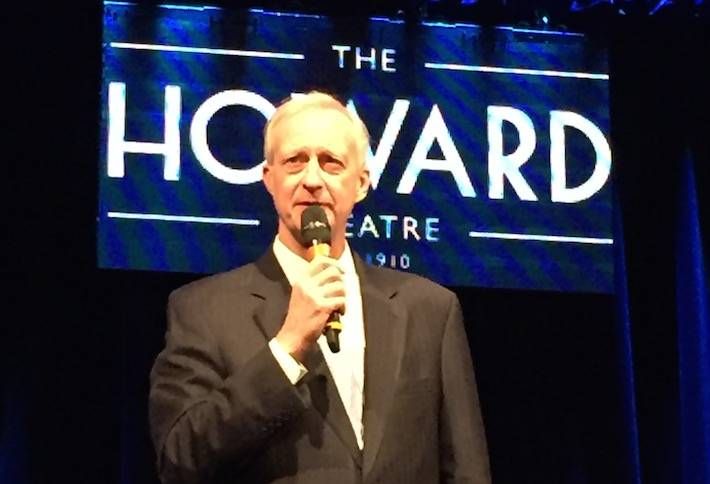 While the restaurant panel ended on an ominous note, the entire event began on a positive one, with DC Councilmember representing Ward 2 Jack Evans giving opening remarks. Jack was active in the city when an event focusing on retail would have been far more depressing. Now, with core markets seeing unprecedented activity and new markets like NoMa beginning to show their potential, it’s never been more apparent the stunning transformation the district has undergone: from forgotten city to one of the top retail markets in the country.