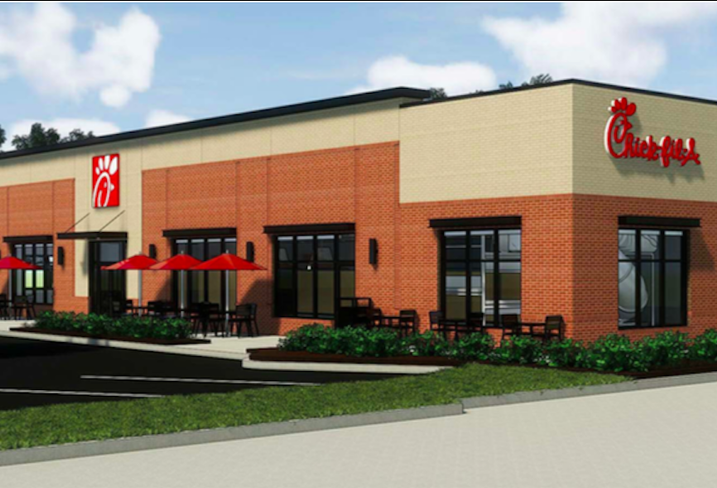 The Shops at Dakota Crossing, a Northeast D.C. retail center anchored by Costco, Lowe's and Dick's Sporting Goods, will soon welcome a Chick-fil-A.

The owners of the complex filed an application with the Board of Zoning Adjustments Tuesday to build a 5K SF Chick-fil-A with 110 indoor seats, 26 outdoor seats and a drive-thru. The restaurant will be built on the southeast corner of the Lowe's building parcel, just west of the the entrance from New York Avenue.

In 2015, the owners signed Marshalls, PetSmart and Dick's to occupy the last of the big-box spaces at the property. Last year, they signed Starbucks, Five Below, Vitamin Shoppe, Panda Express and T-Mobile. Following those leases, multiple commenters on a neighborhood blog expressed a desire for Chick-fil-A to open at the Shops at Dakota Crossing, a wish that has now been granted.

Chick-fil-A also opened a new restaurant this year on Maryland Avenue NE, just south of H Street. The site's owners, Calkain Cos., offered the property for sale in July after it opened.