Ted Leonsis Unveils Plan For Sportsbook In Capital One Arena 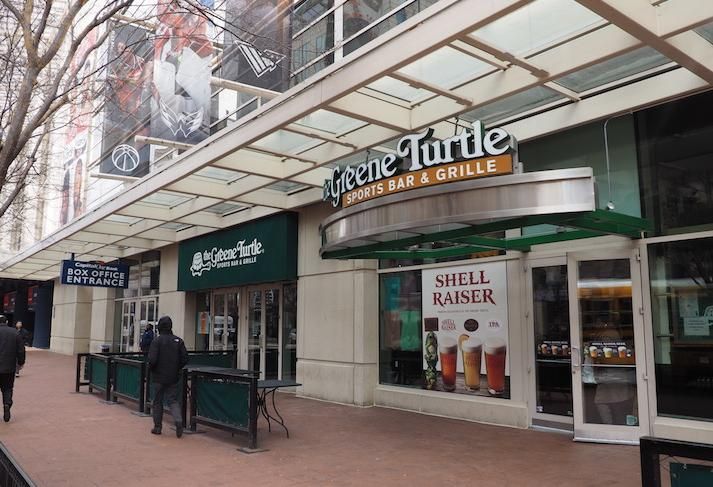 Sports bettors will soon be able to place wagers in the same building where D.C.'s professional basketball and hockey teams play their home games.

Monumental Sports CEO Ted Leonsis announced Wednesday the company is planning to open a sportsbook in the Greene Turtle space at the Capital One Arena.

The announcement, made at the American Gaming Association Sports Betting Executive Summit in nearby National Harbor, confirms speculation that began earlier this month when Monumental announced it would buy out the restaurant's lease three years ahead of its expiration.

Greene Turtle plans to close after the Wizards' final regular season game April 9, but Leonsis did not say exactly when the sportsbook would open. The corner retail space at Sixth and F streets NW sits next to the Capital One Arena's entrance and on the same block as the Gallery Place Metro station.

"There will be a sportsbook in the building accessible from the outside, and depending on the league and the event, it might be accessible on the inside as well," Leonsis said in a video tweeted by sports business reporter Darren Rovell.

The announcement represents the first confirmed plans for a retail sportsbook in the District after the D.C. Council passed a law in December legalizing sports betting. The council in February approved a second bill to give D.C. Lottery vendor Intralot the exclusive contract to operate its online betting platform, bypassing a procurement process that could have delayed the roll-out.

The law created a special type of license for the District's sports venues, which would pay $250K over five years. Some D.C. restaurant owners and entrepreneurs have also expressed interest in opening sports betting facilities.