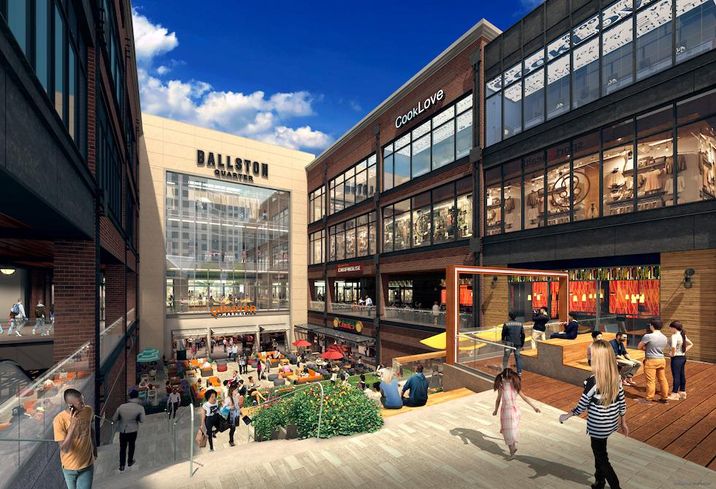 Forest City is seizing on the experiential retail trend in a big way with its Ballston Quarter redevelopment.

After signing Punch Bowl Social for 25K SF in late 2016, the developer Wednesday announced three new experiential tenants that will open later this year at the project.

Live-action entertainment venue 5 Wits will open in an 11,500 SF space, its first in the region and seventh nationwide. The concept is similar to escape rooms, with special effects creating immersive environments as visitors complete a series of challenges.

Cookology, a recreational culinary school that offers professionally taught cooking classes for adults and kids, will have five commercial kitchens in a 5,700 SF space. It will be the second location for Cookology, with its first at Dulles Town Center in Sterling.

Indoor play and learning space Nook will move from its first location at 5649 Lee Highway in Arlington to a 3,500 SF space in Ballston Quarter. It will be divided into several themed play areas, offer classes and host birthday parties.

The development, a transformation of the former Ballston Common Mall, will include a total of 360K SF of retail, a 406-unit multifamily building and 176K SF of office space. In December, Forest City announced nine food and beverage users opening at its Quarter Market food hall. The 12-theater Regal Cinemas and the 35K SF Sport & Health fitness studio that had previously been at the mall are also undergoing major renovations.

The retail is expected to deliver in September, followed by the 22-story residential tower in Q1 2019.