A retail brokerage that partnered on the December opening of a beleaguered Tysons food hall is suing its operator for cutting it out of the deal. 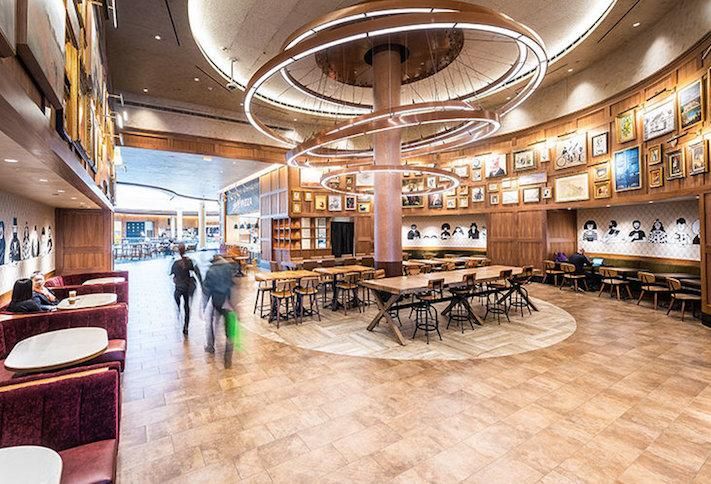 District Equities filed a lawsuit Monday in Virginia federal court against an affiliate of New York-based Urbanspace, the company that opened a food hall in the former Isabella Eatery space at Tysons Galleria.

The suit alleges Urbanspace Tysons LLC, the company's local affiliate, entered into an agreement with District Equities to help find retail vendors for the food hall, utilized the brokerage firm's proprietary market knowledge and business relationships, and then terminated the agreement.

"Regardless of any local presence they created, this is the story of an outside entity trying to take advantage of the strong relationships and stellar reputation of a local business and take an opportunity for itself that doesn't belong to it," Stein Sperling principal Jeffrey Schwaber, the attorney representing District Equities, told Bisnow. "We look forward to having the court address and resolve the issue."

Urbanspace has not filed a response to the suit and did not respond to requests for comment.

The lawsuit claims Urbanspace Tysons LLC violated three laws: the Virginia Business Conspiracy Act, the Virginia Uniform Trade Secrets Act and Tortius Interference with Contract. District Equities is seeking damages of at least three times what it sustained because of the alleged actions, a number it plans to determine through the court's discovery process. It says the damages would be at least $75K, a threshold that gives it jurisdiction in the U.S. District Court for the Eastern District of Virginia. 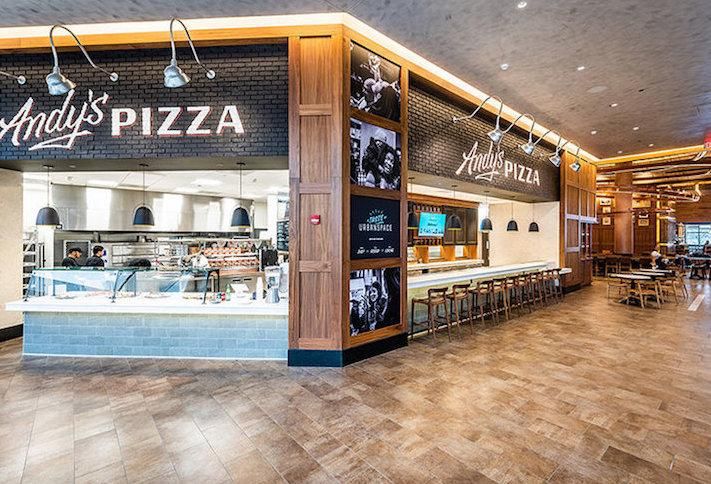 Urbanspace, which operates multiple food halls and markets in New York City, sought to reopen the Tysons Galleria food hall under its brand. Urbanspace approached District Equities, the lawsuit said, because it did not have experience or relationships in the D.C. area and needed to open the food hall on a tight schedule.

Founded in 2015 by Steve Gaudio, District Equities represents developers in leasing the retail at multiple projects including Collection 14, The Highline at Union Market, The Signet and Crystal Plaza, according to its website. It represents tenants including Stomping Ground, Atlas Brew Works, Parallel World Brewing, Andy's Pizza, District Dogs and Thip Khao.

The brokerage firm in mid-October entered into an agreement with Urbanspace Tysons, which entered into a separate contract with Brookfield to operate the food hall, the lawsuit said. The mall owner wanted the food hall to reopen in time for the holiday season, so District Equities set out to quickly find vendors to fill the retail spaces.

District Equities said it identified dozens of potential vendors and prepared a report for Urbanspace that included its own proprietary information. District Equities then negotiated short-term leases with a series of vendors to allow them to open by the holidays, and the lawsuit said it received assurances from Urbanspace that it would work on full lease agreements after the food hall opened.

The vendors District Equities said it selected include Andy's Pizza, Stomping Ground, Sen Khao, Donburi and Ice Cream Jubilee. It said each of them signed short-term agreements through Feb. 21, 2019.

The food hall opened during the first week of December. A Washington Business Journal report at the time identified the project as a joint venture between Urbanspace and District Equities.

Then on May 30, Urbanspace gave District Equities notice of its termination of the agreement without cause, effective July 3, the lawsuit said.

The lawsuit also said Urbanspace had expressed its intention to form a joint venture partnership with District Equities to continue working on the Tysons food hall and future projects in the D.C. area.

"Urbanspace Tysons, by engaging in combination with [its parent company] in misrepresentations of expressed intentions, manipulation of the corporate form, subterfuge and breach of the agreement, has sought to accomplish precisely what District Equities feared from the outset and what [the parent company] promised not to do — the deliberate theft and exploitation of District Equities' intellectual capital to establish a multimillion-dollar business and foothold in the Washington Metropolitan Area at District Equities expense," the lawsuit said.