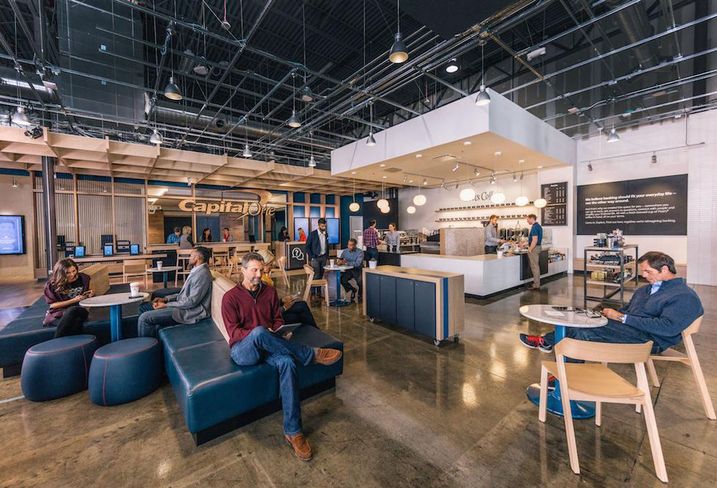 Capital One has begun rolling out a new café concept with 21 locations in eight states, and it now plans to open its first two in the District.

D.C.'s first two Capital One Cafés will open in Georgetown at the 3150 M St. NW building the company just acquired, and in Chinatown at 732-736 Seventh St. NW, a space previously occupied by RadioShack and Sprint. Both locations are planned to open in late 2018.

Merging a café and a bank into one location, the concept features coffee, pastries, free WiFi, lounge seating, ATMs, meeting rooms and Capital One financial experts to talk with people about money-managing strategies.

Capital One has opened eight of the cafés in Massachusetts, five in California, two in Colorado and Florida, and additional ones in Illinois, Minnesota, Pennsylvania and Richmond, Virginia.

The McLean-based bank chose to introduce its café concept to the District at two of the busiest intersections along the city's top retail corridors. Chinatown's Seventh Street and Georgetown's M Street have the two highest retail rents in the District at $300/SF and $250/SF, respectively, according to Dochter & Alexander Retail Advisors' latest market report.

The Georgetown café will open in the newly renovated building at the Wisconsin Avenue and M Street intersection that Capital One bought earlier this month from Sagamore Development at a record-breaking $5,720/SF. Capital One's existing Georgetown branch sits about six blocks north, at 1545 Wisconsin Ave. NW.