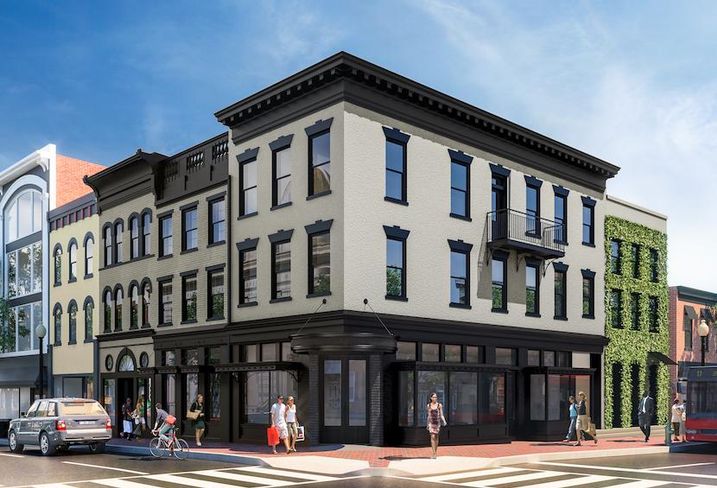 Sagamore acquired the building in 2014 for a reported $12.2M and spent more than a year renovating the property, restoring its facade and windows and creating a new basement.

"When we acquired the property, it required numerous renovations and a great deal of remediation to bring it into the 21st century," Sagamore Development President Marc Weller said in a statement. We’re thrilled that such a great local company will carry this beautiful building into the future.”

The developer retained Dochter & Alexander Retail Advisors to put the property on the market, where it found a host of eager buyers.

"It was a competitive environment," Dochter & Alexander principal Dave Dochter said. "We had a wide net we went out to. Then we got down to a handful of groups that were very interested and very aggressive. We worked through a process to ultimately get to Capital One and they got aggressive from a valuation standpoint, on not just the real estate but on the marketing and branding."

Dochter could not say what Capital One plans to do with the property, but he said the acquisition reflects the changing priorities in today's retail environment. He said retail locations are being valued not just for the sales they can bring in, but for the opportunities they provide for branding and customer engagement.

The deal also included a long-term ground lease Sagamore had for the adjacent property at 3146 M St. NW. Dochter said that lease was not reflected in the $50.2M price tag, which he said set a D.C. record price per square foot. At $5,720/SF, it is miles ahead of the nearest retail deal in recent history, Harbour Group's 2014 acquisition of a Dupont Circle Starbucks building for $1,672/SF. The highest priced office deal occurred in June when JBG sold 900 16th St. NW for $1,250/SF.