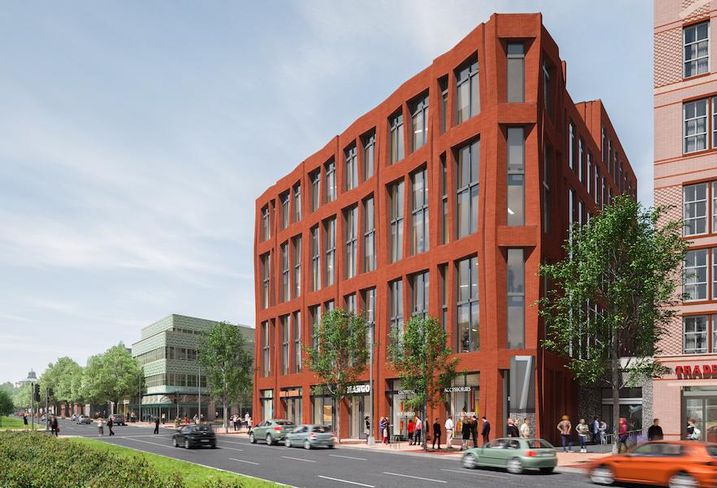 New York-based co-working provider The Yard will open its first DC location in a 32k SF space inside the 700 Pennsylvania Ave SE redevelopment, rendered above.

The Yard opened in Brooklyn in 2011 and now has seven New York City locations. It has two more New York locations set to open this fall, plus its first Philadelphia location. Its co-founder, Richard Beyda, said the company likes DC because of the variety of industries present.

“DC has grown past a city entirely dependent on government services into a thriving urban metropolis with a multitude of startups, nonprofits and entrepreneurs," Richard said in a release. "This city is continually reinvigorated with the top talent it attracts, so we expect DC to continue to be a leader in the years to come.”

Eastbanc, in a JV with Stanton Development, expects to deliver the building next summer. The developer is working with JLL's Doug Mueller and Evan Behr to lease the office space, and The Yard was repped by Savills Studley's Nicole Miller, Demetri Koutrouvelis and Ted Skirbunt for this pre-lease.

The Yard is the first large co-working space on Capitol Hill, and it's making an entrance into a market that's been dominated by WeWork and MakeOffices locally. While neither of those shared office providers has any locations east of the Capitol, The Yard joins Spaces in the almost-finished Uline Arena as providers jumping into the eastern quadrants of the District.