DC Has 159M SF of Development in the Pipeline 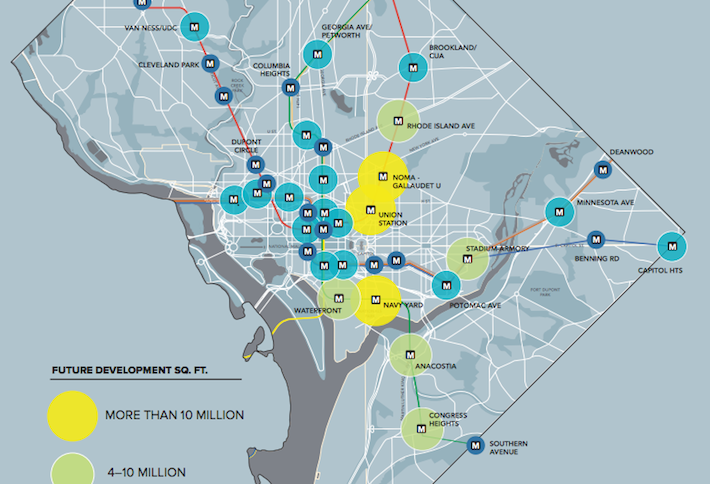 The Washington DC Economic Partnership released its annual development report last week, and although the numbers for future development aren't shocking, they are staggering: there are 159M SF of development either under construction or in the pipeline, 78% of which is within a half-mile of a Metro station.

Despite those sizable numbers, 2015 is actually going to be a dip in the overall development pace in the District, rather than a peak. So far, $1.6B in projects have delivered, just 4.1M SF. Construction starts so far have totaled 6.4M SF, compared to a whopping 14.1M SF last year. That means 2015 is on pace to finish behind 2013 and 2014 in deliveries and construction starts.

Another fun nugget from the report: rankings! Here are the most active developers in DC since 2010 (No. 1 is no surprise):

Shalom Baranes Associates has been the most active architecture firm (ahead of Bonstra | Haresign and WDG) while Clark Construction has been by far the most active contractor. The full development report is available for download here.