The Wharf Lands Another Major Office Tenant At 1000 Maine 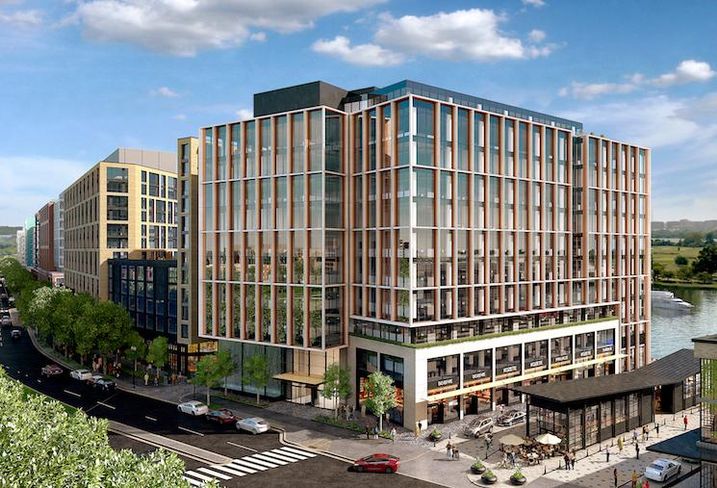 Washington Gas, through its parent company WGL, has signed a lease to move its corporate HQ to The Wharf's 1000 Maine, a 250K SF trophy office building set to deliver in May 2018. JLL's Brian Dawson represented the developer, while JLL's Elizabeth Cooper — recently named DC Broker of the Year — repped the tenant.

The utility provider will occupy at least 70K SF, roughly two floors, of the trophy office building. It is moving from 101 Constitution Ave. NW, where it has been since 2003. It signed a 16-year lease at 1000 Maine and plans to move in next summer with 200 employees, including the company's executive officers.

“WGL is a terrific anchor for The Wharf because we align on multiple levels, including commitment to sustainability, great respect for the environment, and a community-oriented approach to business," PN Hoffman CEO Monty Hoffman said in a release.

With the move, 1000 Maine is now roughly 50% pre-leased. Law firm Fish & Richardson became the first tenant to sign on at the building with a 60K SF lease in November. 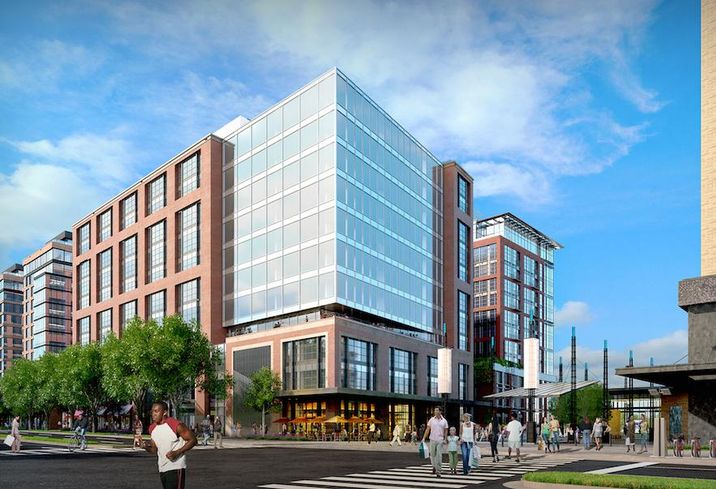 The developer has also signed new letters of intent with two companies for pre-leases at The Wharf's 800 Maine, Dawson said. Those leases would bring that 220K SF building from 64% to 80% pre-leased, he said.

The first tenants to sign on at 800 Maine were the American Psychiatric Association for 63K SF, MakeOffices for 45K SF and Van Scoyoc Associates for 21K SF. Van Scoyoc will be the first company to call The Wharf home, as it plans to move into the building in September, Dawson said, ahead of The Wharf's Oct. 12 opening.

"We’re attracting companies from all walks of life from different areas," Dawson said. "People are understanding The Wharf is very unique. It’s where people want to be in Washington, DC."