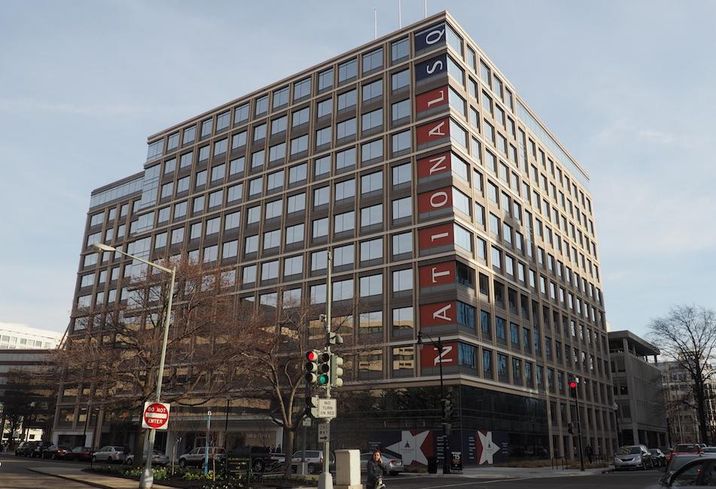 Trammell Crow developed the 342K SF property in 2015 on behalf of the D.C. Child and Family Services Agency, which had a 135K SF building previously on the site. Goddard bought the building, still vacant two years after delivering, for $93M in March 2017.

Goddard principal Mack Freudenstein said the private real estate investment firm focuses on buying office assets it can lease up and add value, and National Square fit that bill. He said the firm has no immediate plans to sell the building now that it has leased it up.

"It's a great building with great bones in an improving market," Freudenstein said. "The timing worked out perfectly, so we're very satisfied with the outcome."

USAID will move from multiple buildings in Southwest D.C. and Crystal City. It will vacate 400 C St. SW, part of The Donohoe Cos.' Federal Center Plaza, where its 389K SF lease was set to expire in January.

The deal, first made public in Cushman & Wakefield's Q1 office market report, continues a trend of federal government consolidations in emerging markets outside of the central business district like Southwest D.C. and NoMa. This allows the GSA to move agencies into smaller footprints in newly constructed, efficient buildings at lower rents, Cushman & Wakefield Senior Director of Research Nathan Edwards said.

"That lease really illustrates what we've seen from the government in the past couple of years," Edwards said. "This one in particular did not shrink much, but it is a consolidation of several locations around the area. So there are multiple losers and one big winner."