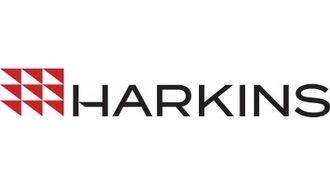 Cubicles continue to tumble and corner offices are marching into obscurity as more and more companies set their sights on modern, open floor plans. According to Forbes, about 70% of workplaces had shifted to this type of layout by 2015.

Harkins Builders is joining that movement and, as of this week, the firm has relocated to a property it constructed more than a decade ago.

“We’re going for an open, collaborative environment, as opposed to the old arrangement that saw everyone working in individual offices," Harkins president/COO Gary Garofalo tells Bisnow. “The majority of people will now be seated at open workstations."

As the clock ticked down on the company's lease at its home of 16 years, Harkins realized the space couldn't fit its changing needs. A select few team members will continue to have offices, and there are smaller meeting spaces throughout the new space, but the emphasis is on a teamwork-friendly environment.

"The main purpose for doing the open floor plan and collaborative space is so that the pre-construction and construction teams can work more closely together," Gary says.

The company turned to a building it had built in the '90s and, as of today, it occupies the entire fourth floor. 80 people, nearly half of the company's roster, will move to the new digs.

In addition to a more modern layout, Harkins' new home provides a convenient commute to and from DC and Baltimore. Located in Downtown Columbia, the firm is about 30 minutes from both cities.