The NoVa Office Market Is Back

CBRE director of research in Washington-Baltimore Revathi Greenwood tells us she was surprised to see the positive number when Q2 wrapped up yesterday—especially considering Q1 was a net loss of 511k SF—but it was only a matter of time. "The jobs growth figure for our area is looking really robust, and it’s been quite surprising that it hasn’t figured into the demand for commercial real estate, but that’s starting to happen now," she says. The big drivers of the positive growth: 300k SF that delivered for the CIA along Route 28 and the 136k SF deal Capital One signed with Lerner Enterprises in April at 1750 Tysons Blvd. 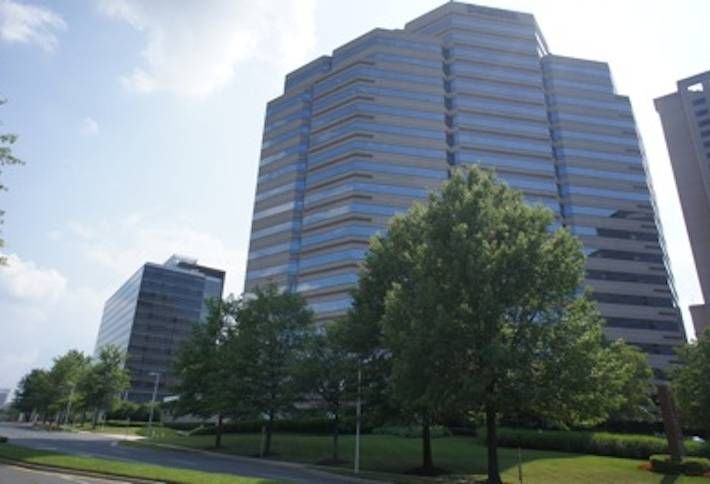 While Lerner's development signed the big fish in the submarket, Tysons is booming as a result of the Silver Line. Almost 60% of all leasing activity to date in 2015 in Tysons has happened within a quarter-mile of one of the four Metro stations, compared to 18% in the same place four years ago. Revathi says the big winners are Tysons and Class-A office space. A whopping 88% of all leases signed in Q2 in NoVa were Class-A properties (like 1750 Tysons above), showing again why it pays to reskin and improve an aging office building. "You have to reskin, remodel to try and attract tenants," Revathi says.

NoVa is not the only market in the region seeing good Q2 numbers this morning either. The DC market gained 134k SF of office leases, and many of the tenants that are driving positive growth there are not the federal government or big law firms, which continue to contract. Instead, the nonprofit and association sector have been gobbling up space, Revathi says, enough to give the previously stagnant office market a boost. However, there are still "headwinds" to keep an eye on, and positive numbers in Q3 and Q4 are not assured. 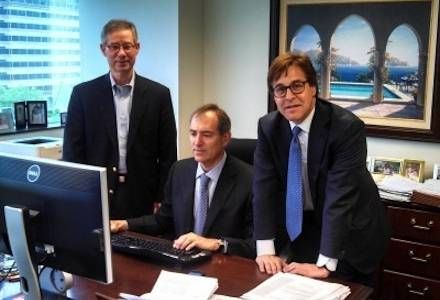 The positive number is great news for the developers that are spending hundreds of millions building new offices in NoVa. The Meridian Group (with president David Cheek, EVP Bruce Lan, and managing director Gary Block) is one of those companies as it plans a massive redevelopment of the 18-acre SAIC campus, steps from the new Greensboro Metro stop. Three already-standing buildings, which Meridian purchased in 2013, were renovated for $30M and have gone from 26% leased to almost 70% leased in less than two years, David tells us. "Even in an economy that hasn’t been robust, our buildings are where tenants want to be," Bruce says. With more Metro, more Class-A buildings and more jobs, NoVa and DC finally look to be breaking loose from the office market doldrums.