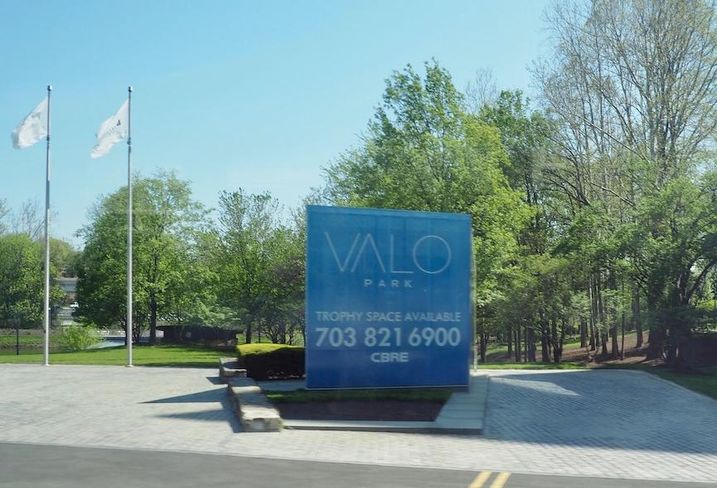 Bisnow: Jon Banister
The entrance to the Valo Park office complex in Tysons

Appian signed a 200K SF lease at Valo Park, the former Gannett headquarters at 7950 Jones Branch Drive, Virginia Gov. Ralph Northam announced Tuesday. The company is expanding by 70K SF and bringing hundreds of new jobs with it to the area.

With its move, Appian plans to add 600 new jobs to Northern Virginia. Matt Calkains founded Appian in 1999 and brought the company through a successful initial public offering last year. The company's stock currently trades at around $26.63/share, up from its $12/share IPO in May.

Valo Park is a 785K SF office complex on a 16-acre campus at the intersection of the Beltway and the Dulles Toll Road, about 1 mile north of the Tysons Corner Center Metro station. Tamares, in a JV with Ilmarinen Mutual Pension Insurance Co., acquired the property from Gannett in 2015 for $270M.

Gannett signed a 12-year lease to remain in the building along with the sale and Tegna, a broadcasting company it spun off, signed a short-term lease before deciding to move to The Boro. Tamares has since completed a multimillion-dollar renovation of Valo Park.

"When we bought this building three years ago, we hoped to convert it from a single-use facility to a multi-tenant campus that would deliver amenities and resources from modern companies and meet the needs and lifestyle of a modern workforce," Tamares Chairman Poju Zabludowicz said in a release. "We are delighted to see that goal realized today."

Appian is moving from Reston Town Center, where it subleased 130K SF at 11955 Democracy Drive. The expansion represents positive net absorption and continued momentum for Northern Virginia's office market, which has outperformed the rest of the region in recent months. Boston Properties has recently signed major leases at Reston Town Center and the adjacent Reston Gateway with Leidos and Fannie Mae.

"We wish Appian nothing but continued success with their relocation to Tysons," Boston Properties Vice President of Leasing Katie Yanushonis said in a statement. "We just regret that, with virtually all of our existing tenants renewing and expanding, and with nearly all of our 1.4M SF of new development project delivering in the next four years 100% pre-leased, we were not able to accommodate Appian’s amazing growth in Reston Town Center."