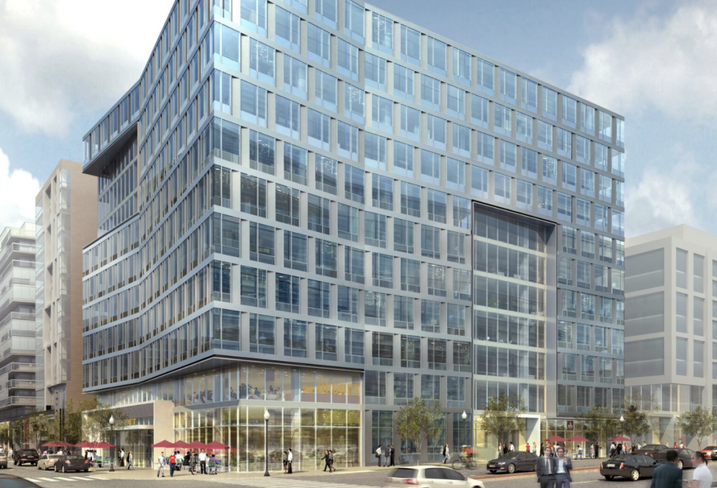 Skanska's decision to build a spec office project in the Capitol Riverfront neighborhood appears to be paying off, with the developer signing its third pre-lease.

"The types of tenants you're seeing move down to the ballpark area, from large nonprofits to users moving from core traditional D.C. locations to an up-and-coming market, really speaks highly to the location and the types of buildings being built down there," CBRE senior research analyst Tim Whitebread said.

It appears IAM National Pension Fund will take two floors, given the building's 22K SF floor plates. Skanska has not officially announced the lease or said which floors the tenant will take. Lincoln Property Co. is leasing the building for the developer.

Skanska broke ground on the 11-story, 234K SF office building in summer 2015 and expects to deliver it this spring. It has also signed two restaurants, Circa and Open Road. Skanska Executive Vice President Mark Carroll, speaking at a Bisnow event in July just before this string of deals, said the pace of interest in the building had been increasing noticeably. The developer now has roughly 35% of the building's office space pre-leased.