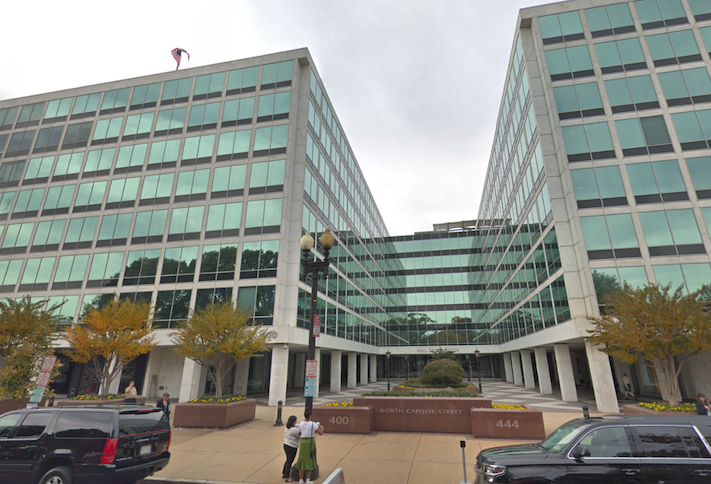 Google Maps
The Hall of the States complex at 400 and 444 North Capitol St. NW

NBC is moving hundreds of employees from its longtime D.C. bureau in Tenleytown to a newly expanded North Capitol Street space.

The building is part of the Hall of the States complex at 400 and 440 North Capitol St. NW. MEBA Pension Plan owns the buildings through a ground-lease deal with TIAA-CREF and Norges Bank, the partnership that acquired the complex in 2014 for $165M.

NBC will use the ground-floor space, formerly occupied by restaurant Johnny's Half Shell, as a television studio. The building is less than a half-mile from the U.S. Capitol.

"Moving from NBC News' historic Nebraska Avenue location to North Capitol allows us to brand ourselves in Washington in ways we've never done before," Lack said, according to Politico.

The network is only moving national employees to the expanded office, including those that work on Meet the Press and several MSNBC shows. The local affiliate, NBC4, and Telemundo 44 will remain in NBC's longtime studio at 4001 Nebraska Ave. NW, NBC4 Assistant News Director Matt Glassman tells Bisnow.