NAACP To Move Headquarters Out Of Baltimore 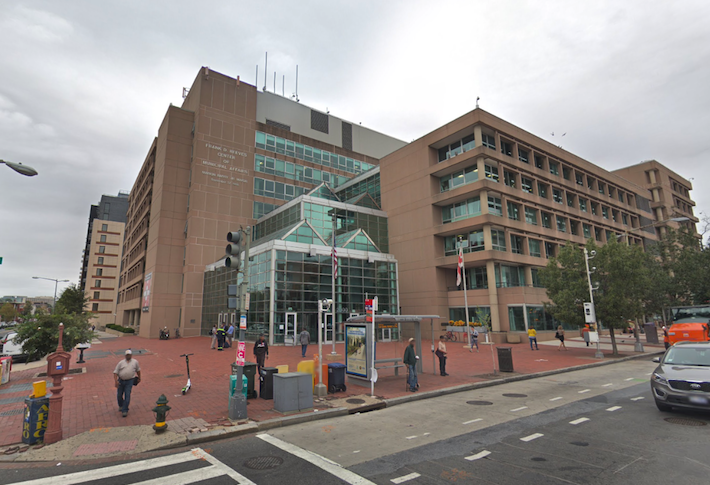 America's largest civil rights organization is shifting its headquarters to the nation's capital.

The National Association for the Advancement of Colored People signed a letter of intent to move its national headquarters from Baltimore to D.C., where it will occupy the redevelopment of the Reeves Center, Mayor Muriel Bowser said Monday.

The organization, which also has a D.C. bureau at 1156 15th St. NW, decided to shift its national headquarters to the District to participate in the city's growth and to amplify the voices of Black people as it fights for national policy changes, NAACP President and CEO Derrick Johnson said in a statement.

“Washington, D.C., sits at the epicenter of change," Johnson said. "This exceptional opportunity to bring our national headquarters to D.C. will allow us to be even more proactive in serving the Black community, and confronting the serious challenges facing the nation."

The mayor's announcement did not disclose the number of employees the NAACP plans to bring to D.C. or the amount of office space it will occupy. The organization did not respond to request for comment on the size of any new office. Jarvis Commercial Real Estate CEO Ernie Jarvis is representing the NAACP in the deal.

The NAACP in February moved its national headquarters from northwest Baltimore to the city's Wells Fargo Tower, occupying about 20K SF in the downtown Baltimore building. Bowser did not announce a timeline for the organization's move to D.C., but the Reeves Center redevelopment is still in its early stages.

The District in March 2019 announced plans to issue a request for proposals for the 2.2-acre site at the intersection of 14th and U streets NW, but it has not yet released the RFP. A spokesperson for the deputy mayor for planning and economic development said it plans to release the RFP in July and the project will take "a number of years."

The Reeves Center's current anchor tenant, the Department of General Services, plans to move to a new development on Minnesota Avenue NE. That deal, announced in May, has yet to be finalized, and construction on the new DGS building has not yet begun. D.C. has not said whether it has a temporary transition office for DGS or if it plans to wait until after the Minnesota Avenue project is completed to begin the Reeves Center project.

The Frank D. Reeves Center for Municipal Affairs, built during Marion Barry's first administration in 1986, helped revitalize the U Street corridor, a historic neighborhood once known as Black Broadway. The building was named after an attorney who worked for the NAACP and was part of the team that shaped the landmark Brown v. Board of Education case, which sparked a Supreme Court ruling that school segregation was unconstitutional.

“The Reeves Center stands in an iconic and culturally significant area of the U Street corridor with deep connections to the NAACP,” Bowser said. “As we continue fighting for change and working to build a more fair and just nation, we look forward to welcoming this iconic civil rights organization to Washington, D.C.”