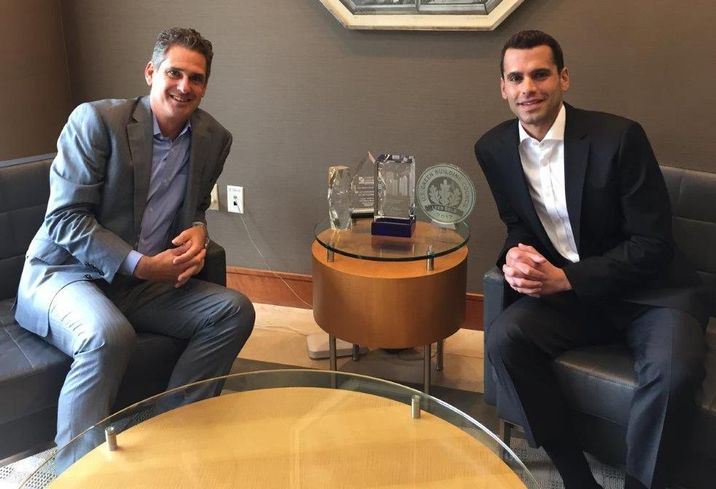 Monday Properties is in a heavy acquisition mode after landing a major corporate tenant and over $1B in refinancing deals for its Rosslyn portfolio this year, and now it has made a new hire to spearhead its buying efforts.

Wes Machowsky is joining Monday Properties as senior vice president to lead its D.C.-area acquisitions team. He comes from Transwestern, where he spent four years as managing director for its Mid-Atlantic capital markets group. While at Transwestern, he represented Dweck Properties in selling roughly $2B of office assets and buying about $2B in multifamily properties.

"With all of those transactions, I formed a lot of relationships from capital sources to the brokerage community to debt sources," Machowsky said. "More than anything I really think the relationships that carry over will translate, as well as the breadth of the transactions I've participated in."

With Monday Properties, Machowsky is joining a company that is ready to make some large purchases. In May, Monday secured an $888M refinancing deal for its nine-building Rosslyn portfolio. Then in July, it lined up a $250M refinancing loan for 1812 North Moore, the Rosslyn office tower where it signed Nestlé to a 250K SF lease in January. Monday grew its NoVa footprint in June with the acquisition of a five-building Alexandria office portfolio.

"We have been circling up some transactions that we've been pursuing," Helmig said. "Wes will be able to come right in and add value to those initial efforts and potentially close on some more transactions prior to the end of the year."

As one of Arlington's largest office landlords, Monday naturally has its eye on the biggest fish in the sea, Amazon's HQ2. Helmig said Monday has 1M SF of density site plan approved on the 1400 block of Wilson Boulevard, and there is enough office space in Rosslyn to support Amazon's request.

"I think Rosslyn would be a great home for [Amazon], as hallmarked by Nestlé coming here," Helmig said. "More broadly, Arlington in general has probably the best attributes of any submarket that they could want, particularly in the DMV."