The family behind the Modell's Sporting Goods chain has just made a splash in the D.C. office market. 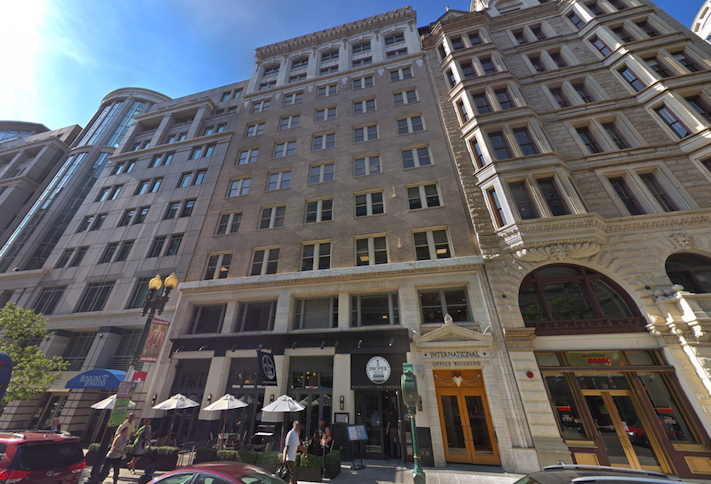 BEB Capital Chief Operating Officer Keyvan Ghaytanchi, whose firm represented the buyer in the deals, said the buildings were acquired by an investor group led by the Modell family office. The seller in the deals, two separate entities owned by EDG Corp. President Ethan Grossman, was represented by Savills Managing Director Ken Biberaj.

"Our goal is to expand our family's legacy by investing in stable Class-A office buildings in a core market like Washington, D.C.," Modell's CEO Mitchell Modell said in a statement emailed to Bisnow. "Our success is predicated on partnering with a best-in-class operating partner like BEB Capital to continue our success into the next generation."

The buyer did not receive an acquisition loan and made the transactions in cash, executing a 1031 exchange with the sale of a property in New York, Ghaytanchi said.

The deals represent the first D.C. acquisitions for BEB Capital and the Modell family, Ghaytanchi said. He said the company has typically stuck to its home in New York, but the cap rates have dropped too low for its liking so it is looking elsewhere for better deals.

"We look for opportunities in New York, but they are hard to come by, whereas in D.C. there are better opportunities without as much risk as some of the B and C markets we've looked at," Ghaytanchi said.

The most favorable deals tend to be found when a seller is a private investor that has held onto the properties for a long time, Ghaytanchi said, rather than an institutional player seeking short-term returns. The sellers of the K Street and F Street buildings, the two Grossman-owned entities, had owned them since 1997 and 1993, respectively. 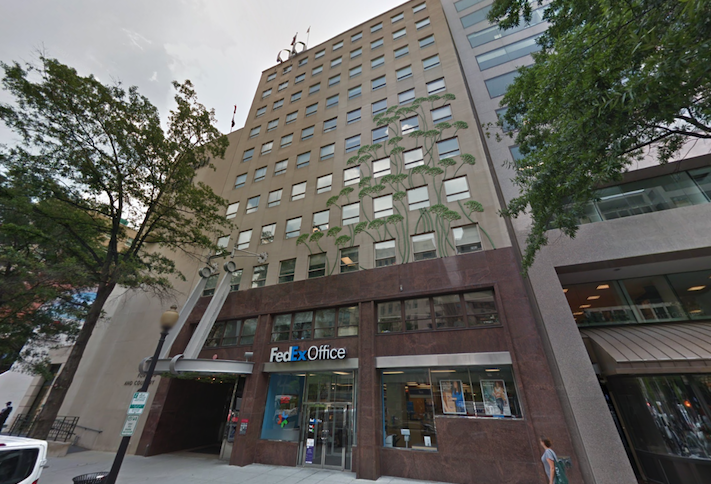 The 1612 K St. NW building was constructed in 1958 and consists of 83K SF of office and retail space, according to Reonomy. It sits less than one block from Farragut Square in the heart of the central business district. Its ground-floor retail space includes a FedEx Office.

The 1319 F St. NW building was constructed in 1912 and consists of 65K SF, according to Reonomy. Its ground-floor retail space includes bar and restaurant Proper 21. The building is less than a half-mile from the White House and two blocks from the Metro Center station.

The buildings are both near full occupancy, Ghaytanchi said. He said BEB, which will manage the assets, does not have immediate plans for renovations but expects they will require some common area improvements.

"We loved the location of both buildings and thought they were pretty well-maintained for what they are," Ghaytanchi said. "We saw an opportunity to come in and add our expertise, but it doesn't require a huge lift to drive up revenue. We're very long-term players, and we believe the assets are well-positioned to grow over the long term."

While the Modell family is making eight-figure real estate purchases, its retail company is struggling. Modell's Sporting Goods has remained owned by the Modell family since its 1889 founding and currently has about 150 locations, largely in the Northeast.

The retail company brought on a restructuring consultant in March and the Wall Street Journal reported the options it explored included a potential bankruptcy filing. It also reportedly brought on a separate adviser to help renegotiate its leases.

But Modell's has managed to avoid losing key suppliers amid the turmoil, and CEO Mitchell Modell said in May the company had stabilized. Modell's has two locations in D.C., in Columbia Heights and in Hechinger Mall off H Street NE, with a handful more in the suburbs.