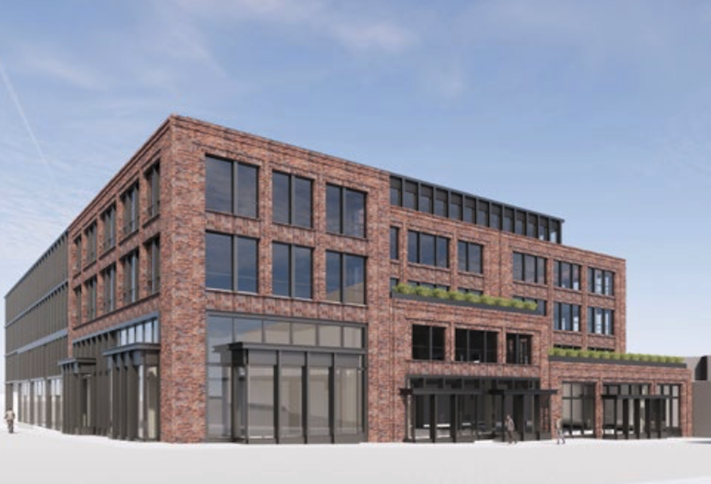 Studios Architecture
A rendering of Phase 2 of the MLK Gateway development in Anacostia.

The MLK Gateway development in Anacostia has landed a D.C. agency as an anchor tenant for its next phase.

The agency plans to move from a nearby building at 1800 Martin Luther King Jr. Ave. SE. Bowser touted the lease as part of her initiative to use D.C. agencies to spur investment in neighborhoods east of the Anacostia River, highlighted by the Department of General Services' planned move to the Northeast Heights development in Ward 7.

"DHCD has been a cornerstone presence in historic Anacostia for many years and we wanted to ensure that the agency could continue to be a part of a community they have been pivotal in seeing grow and change,” Bowser said in a release. "My Administration will continue to use the District’s leasing power to invest in East of the River neighborhoods and attract much-needed retail and other businesses."

The Menkiti Group broke ground in January on the first phase of MLK Gateway, featuring 20K SF of office above retail. The Phase 1 office space is occupied by Enlightened, a technology company moving 150 employees from Downtown D.C.  The project is located in an opportunity zone, and Menkiti used the opportunity fund it launched last year to finance the development.

The developer expects to deliver Phase 2 of MLK Gateway, anchored by the DHCD headquarters, in July 2022. Menkiti filed plans earlier this month with the Historic Preservation Review Board for the second phase, UrbanTurf first reported.

“We are excited to welcome DHCD as an anchor tenant for the second phase of the MLK Gateway development project in the heart of historic Anacostia,” Menkiti Group CEO Bo Menkiti said in a release. “We truly believe MLK Gateway is an innovative example of community-led participative development and serves as a model for how public and private sectors can collaborate to drive neighborhood impact through place-based investment.