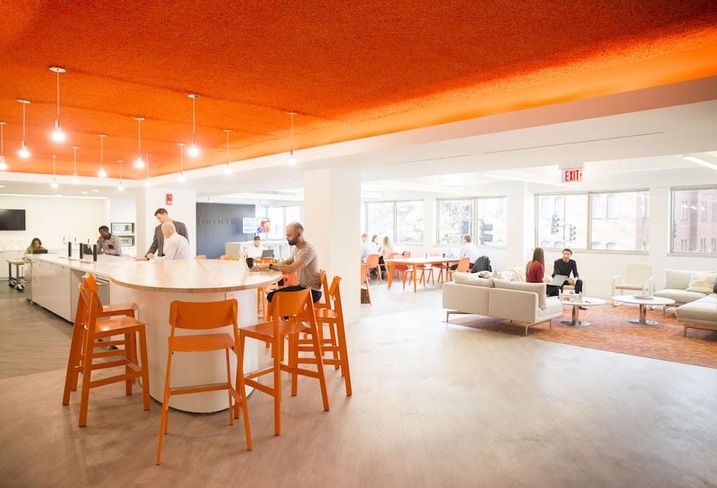 MakeOffices this week opened a 30K SF Glover Park space, its 14th location and ninth in the D.C. area.

The co-working space sits on the second floor of a five-story building at 2201 Wisconsin Ave. NW, in the center of the neighborhood's main retail corridor. It does not have direct access to Metro, unlike most of MakeOffices' spaces, but the neighborhood is served by four bus routes.

“MakeOffices at Glover Park is a true diversification of our growing portfolio,” MakeOffices CEO Zach Wade said in a release. “It is the most residentially located MakeOffices space to date, yet it strategically serves as a creative hub for aspiring entrepreneurs and startups coming out of nearby Georgetown and American University. We think its ‘surban’ position also offers greater connectivity for the neighborhood’s remote workers who seek alternatives to their home offices.”

Companies that sign on at the Glover Park space will also have access to MakeOffices' eight other D.C.-area locations. The company last month opened its flagship, 44K SF co-working space at The Wharf, Southwest D.C.'s waterfront megaproject.