Blackboard Shows Off New HQ, Discusses Why It Chose To Stay In DC

One of DC's greatest tech startup success stories, Blackboard, had considered leaving the District during its search for a new HQ last year. 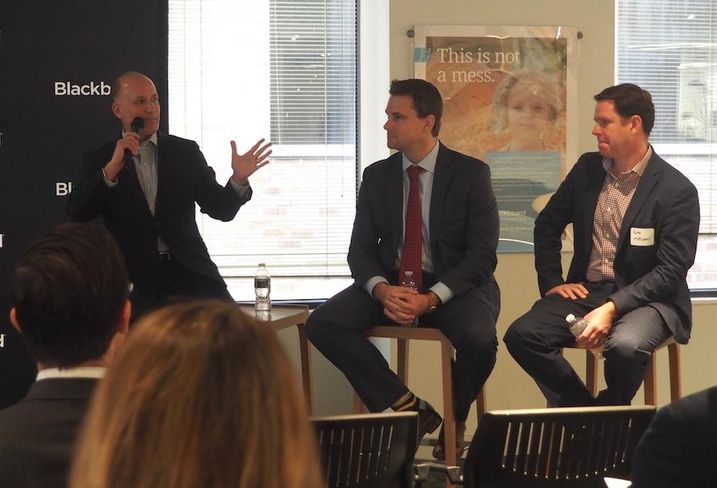 Blackboard's director of facilities and administration, Ted Maschler, speaking at the Golden Triangle BID's Art of Office event yesterday, says several cities and states tried to lure the company's global HQ away from DC. He says the transportation, shopping and dining amenities played a part in the decision to land at 1111 19th St NW, but it could not have happened without a little help.

"What made this special about the relocation here was making it happen," Ted says. "Making it happen through incentives and the incredible cooperation and support that we received through the city."

Cushman & Wakefield's national co-head of its business incentives practice, Alex Frei, sitting in the center, worked with Blackboard on its search and said of the company's choices, DC was the most expensive location. Even though the company preferred the location and amenities of DC, he says it was hard to justify the decision unless the city could help reduce the cost to be comparable with the alternatives.

"We figured out a way, working with the deputy mayor's office, trying to figure out what can we knock off on this list that the District can actually do something about," Alex said. "It ended up working out, it helped make that cost delta smaller to a point where it's essentially palatable for somebody to say, 'I have no issues with the decision financially.'" 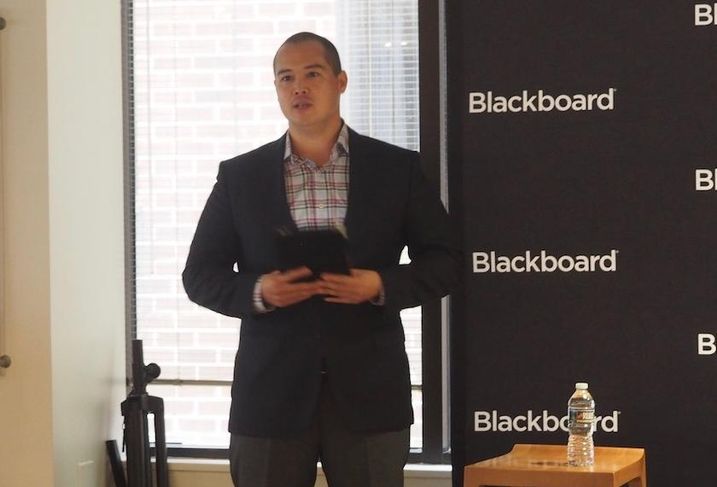 Echelon Economic Development managing principal Chris Ahn, who worked in DC's office of the deputy mayor for planning and economic development during the time the District was fighting to keep Blackboard, moderated the panel. He said the deputy mayor's office takes every opportunity to keep companies in the District, but this one was special.

"Blackboard was a no-brainer," Chris said. "This is DC’s first real tech success story, what they do for the city is massive." 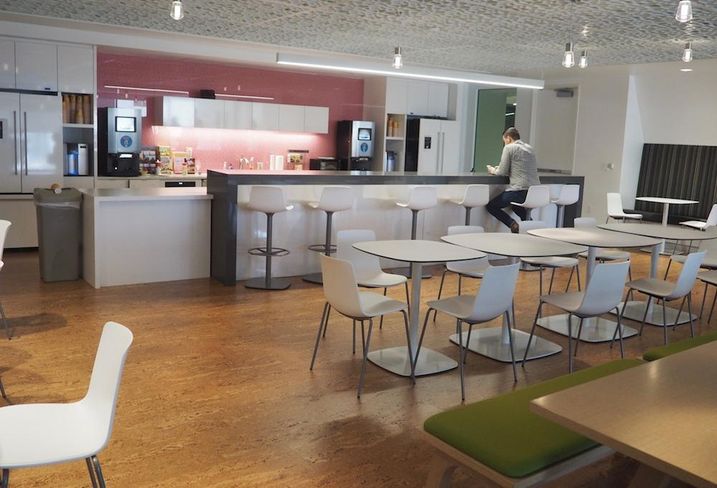 Once Blackboard landed on the 71k SF space—floors eight, nine and 10 at 1111 19th St NW, owned by Clarion Partners—the company focused on designing a sleek new HQ for its DC employees.

"Companies are realizing that design can have an effect on business," SmithGroupJJR director of interiors Rob Moylan, on the right in the first picture, said. "It's not just a place to house people."

The company installed commercial-grade coffee machines in the ninth floor break room, above, and made sure there was plenty of open space for collaboration. 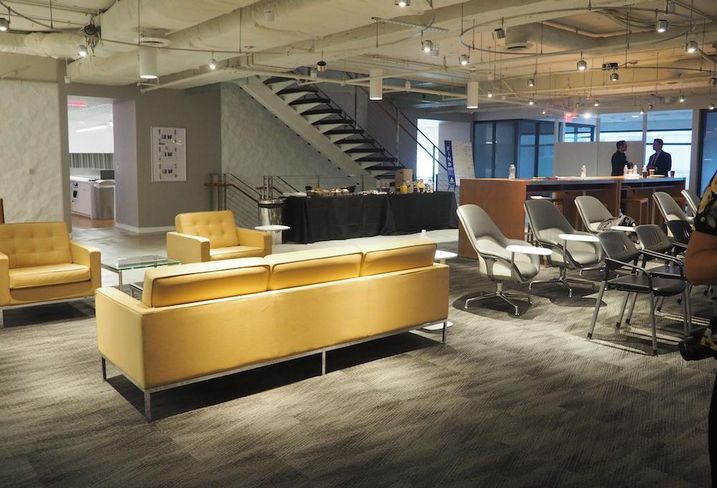 Employees have to take the elevator to get to the office, but once there, they have staircases connecting Blackboard's three floors.

"It was important that different groups, and the whole company, really collaborated and worked together," Rob said. "The stairs allow you to see what’s happening throughout the day."

Golden Triangle BID hosted yesterday's Art of the Office event in the big common area above, and Ted said Blackboard has hosted several other successful events in the space. 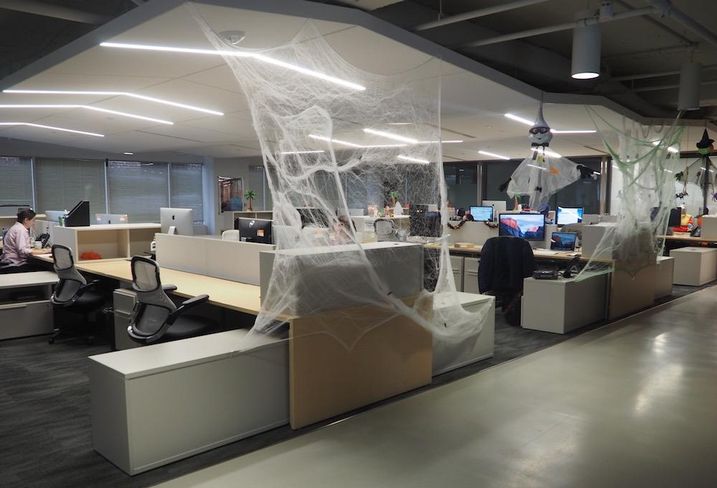 During the event yesterday, the office was being turned into a haunted house for Halloween. Rob says that speaks to the fun, creative culture of Blackboard's employees.

The HQ houses more than 300 employees, many of whom are Millennials. The company has a total of 15 offices throughout the country. Ted says the HQ design has been so successful he is using it as a model for the company's other locations.