Washington's most prolific developer of historic properties is at it again, this time with the transformation of a 1900s-era Penn Quarter auction house. 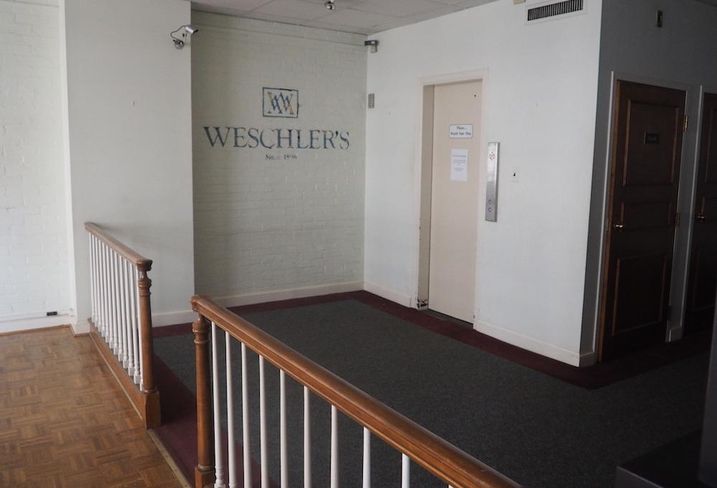 Douglas Development in June acquired the former home of Weschler's Auctioneers & Appraisers, a five-story industrial-style loft property at 909 E St. NW. It bought the building, constructed in 1910 and occupied by Weschler's for the last 70 years, from the owners of the auction house for about $15M. Weschler's closed the doors of its longtime home in April and moved to a new location in Rockville.

The developer plans to spend around $6M refurbishing the building to restore its historic characteristics and add a sixth floor. Douglas has retained Cushman & Wakefield Executive Managing Director Bruce Pascal to lease the property. It can either split up each of the 5,700 SF floors for individual office tenants, with the possibility of ground-floor retail, or lease the entire building to a single office tenant. 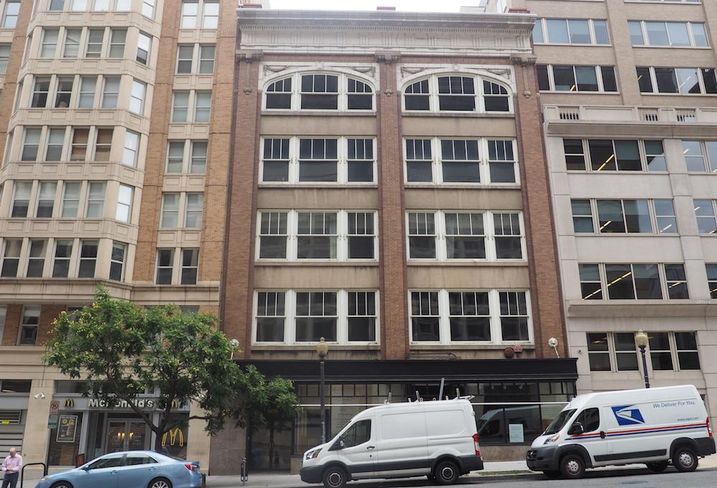 The building fronts E Street NW in the middle of the block between Ninth and 10th streets, directly across the street from the J. Edgar Hoover Building. In the heart of Penn Quarter, the building sits within walking distance of four Metro stations, less than five blocks from the Federal Triangle, Metro Center, Gallery Place and Archives stops.

The first floor has a full glass storefront that could draw in pedestrians to a showroom or restaurant. The upper floors still have views from at least three sides because of the heights of adjacent properties. 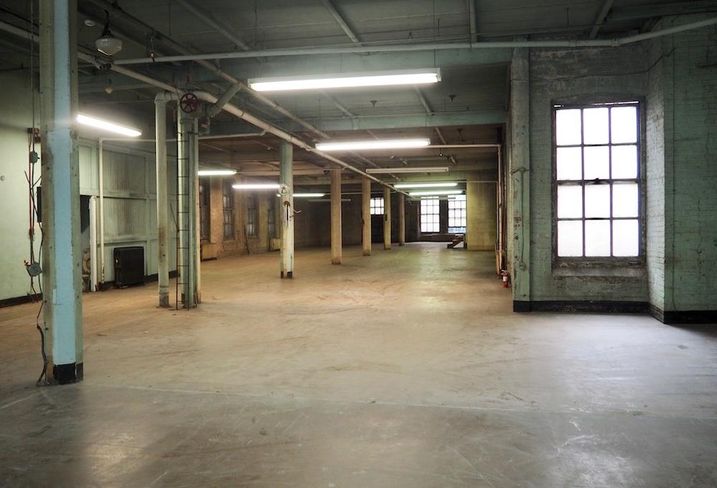 Each of the floors have ceiling heights of at least 11 feet, but the fifth floor has ceilings reaching up to 15 feet. It has at least a dozen windows, bringing loads of natural light in and giving the space an airy feel.

"We do have a number of unique buildings in Washington, but this is a true turn-of-the-century industrial loft building," Douglas Development principal Norman Jemal said. "In D.C. there is just so little of that."

Douglas is going to begin restoration of the property before landing a tenant, installing a new elevator, new mechanical systems, restroom facilities and renovating the lobby. The developer aims to highlight its historic nature by preserving many of the building's early 20th century characteristics such as the hardwood floors, exposed brick and old-style windows. The project has already received historic preservation approval, Jemal said. Adding a sixth floor, which will have a 4,700 SF floor plate and ceiling heights of about 11 feet, is in keeping within the building's existing zoning. 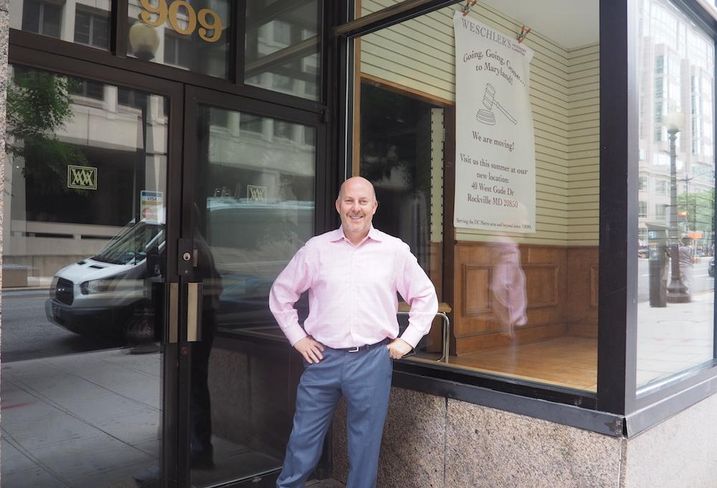 Pascal called it a "gem of a building," comparing it to something one would see in a meatpacking district in San Francisco or New York.

"I've been a listing agent for 30 years," Pascal, Vornado's former D.C. leasing head who joined Cushman & Wakefield in January, said. "This is the coolest building I have ever had."

The broker is marketing the property to companies that would want open floor plans, rather than subdividing it with walls and losing some of the appeal. He said he has toured multiple prospective tenants and has gotten interest from technology companies, government relations offices, lobbying shops and at least one co-working provider.

The tall ceilings and open floor plan of the street-level space could make it an ideal location for a restaurant or bar, Pascal said. The building has plenty of bustling dining and drinking spots nearby, sitting within a block of Minibar by José Andrés, Penn Social and the Hard Rock Cafe.

Plans for retail are not set in stone though, Jemal said. The developer would also be open to an office tenant leasing the full building and having a ground-floor presence. 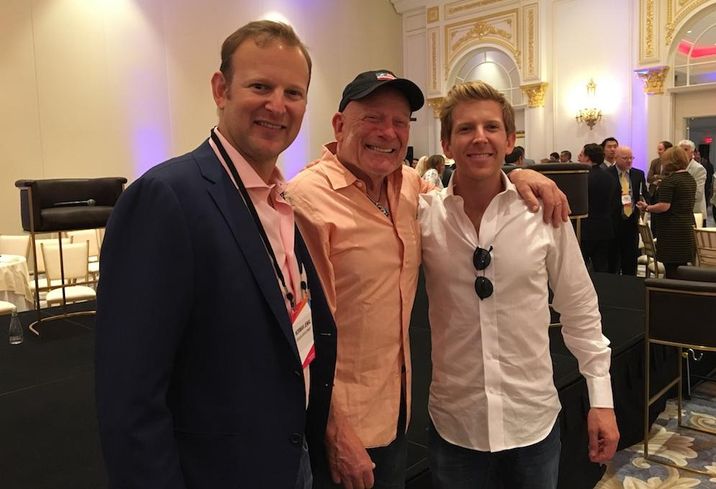 Bisnow: Mike Ponticelli
Douglas Development founder Douglas Jemal with his sons Norman and Matthew at a Bisnow event in 2016

The Jemals have made a specialty out of transforming historic D.C. properties. Any resident who has enjoyed the blossoming Ivy City neighborhood around its redeveloped Hecht Warehouse building, or shopped in the flagship REI in its refurbished Uline Arena, can attest to the developer's expertise in bringing old buildings back to life. Most recently, the developer unveiled the restoration of a historic printing press building in Brookland, turning it into an apartment community.

If the former Weschler's building lands a co-working provider as a tenant, it would not be the first Douglas-owned adaptive reuse project to do so. WeWork has opened shared office spaces in its Manhattan Laundry building near the U Street corridor, its Wonder Bread Factory building in Shaw, and in one of its Chinatown Row buildings across from the Verizon Center. Co-working provider Spaces also opened a 44K SF location in NoMa's Uline Arena. 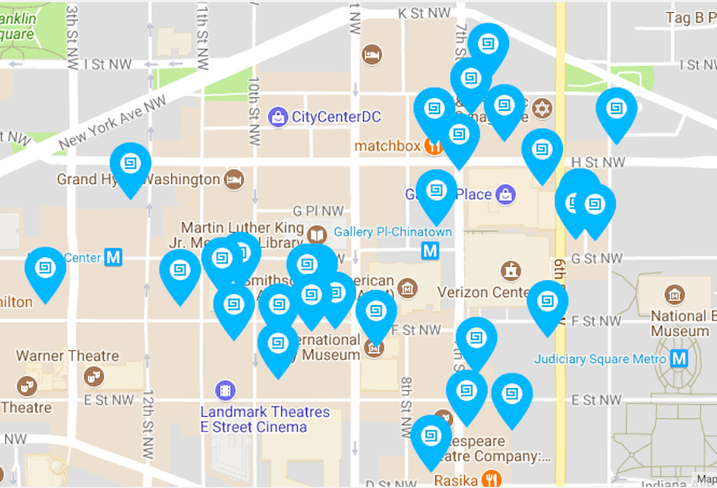 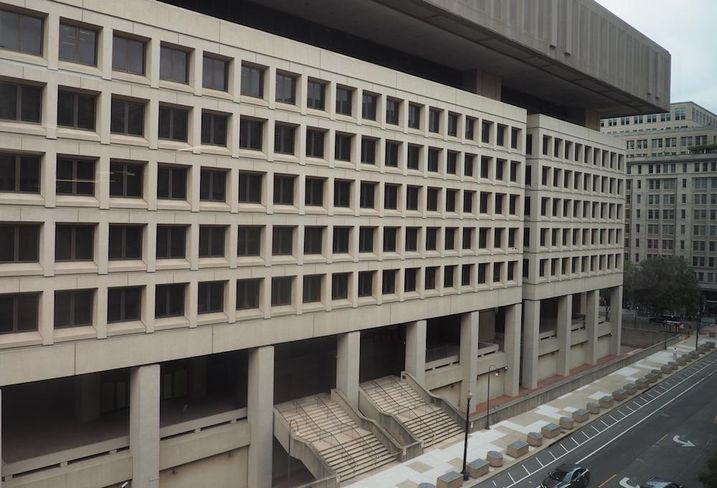 Bisnow: Jon Banister
The view of the Hoover Building from the fifth floor of 909 E St. NW

Given its sizable footprint in the neighborhood, Douglas has a major interest in what eventually happens on the Hoover Building site. The FBI's current HQ fills two blocks between E Street NW and Pennsylvania Avenue, blocking pedestrian engagement on what could be a prime site for a retail plaza.

"Ultimately what is on that FBI headquarters site today won’t be there and it will be something more in line with what CityCenter is and that’s going to be a great thing for the city," Jemal said. "The four blocks that are exposed to the FBI on ninth, 10th, and E Streets and Pennsylvania Avenue all will benefit from having this bunker taken away and something that enhances the community put in its place."