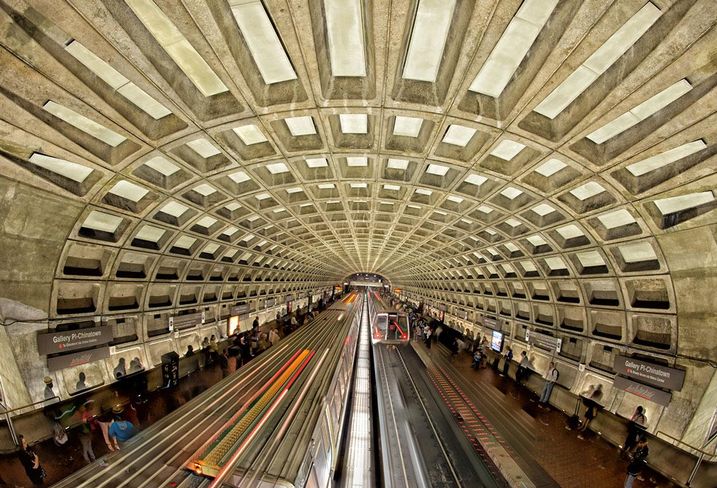 American commutes are getting longer and more arduous, and study after study reveals that the most stressful and unhealthy commutes are by car.

A bad commute can be enough to cause an employee to leave a job or a new hire to turn it down, so if companies want to hire and retain the best talent, they are under the gun to offer solutions. For more and more corporate tenants, that solution is to find space downtown.

Major companies have recently moved from the suburbs to the downtown areas of cities across the country, from Chicago to Seattle, Denver to Atlanta, and throughout the Northeast to bring their workers closer to public transit.

“Companies are learning — some of them the hard way — that talent is demanding lower-cost, car-free ways to get to work,” TransitScreen Chief Operating Officer Ryan Croft said. “This trend of relocating for better commuter options is spurring development in downtown areas and creating lots of new opportunity for the developers and owners who are getting ahead of it.”

Until last year, McDonald’s was based in the Chicago suburb of Oak Brook, accessible almost exclusively by car. When the company moved its headquarters downtown, it only offered 295 parking spaces for 2,500 employees, but that hasn’t ruffled any feathers — workers are much happier now that the office is walking distance from two commuter rail stops, two train lines, multiple bus stops and a dedicated bike lane.

“In the Chicago area, 85% of new CRE construction occurred within half a mile of a transit station, and that’s not a coincidence,” Croft said. “We’re seeing similar trends in other cities, including Arlington, with Amazon and Nestlé. In Crystal City, Amazon HQ2 will have access to scooters, commuter rail and the Blue and Yellow Lines straight to the airport. Transit was a major factor for both of these corporations.”

Some companies say the reason for their downtown moves is to attract skilled new talent, which Croft said goes hand-in-hand with the benefit of better commuter options: Today’s young workers are less likely to own a car than any generation before them. They need offices they can train, bus, walk or bike to.

While location affects hiring, it also affects retention. One in four employees has left a job because of a lousy commute. So, if the building a tenant chooses is only accessible to drivers, Croft said, employee recruitment and retention could both take a hit. 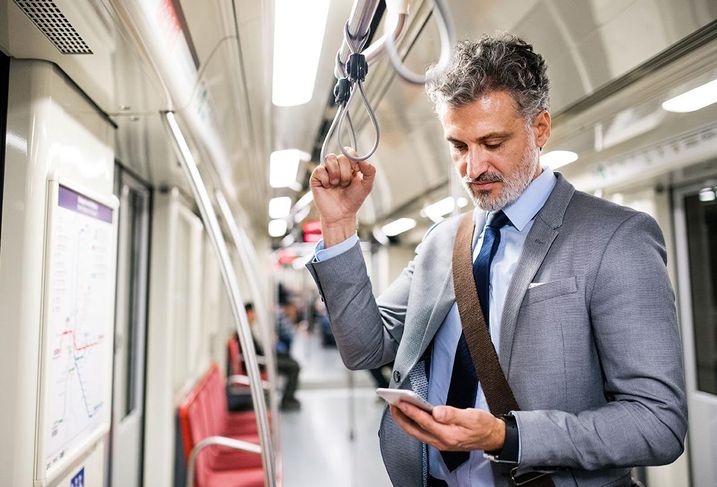 Croft said that since so many companies are moving downtown, soon, being near a train station might not be enough to give buildings a competitive edge. But they can stand out to prospective tenants by making their transit accessibility as obvious and user-friendly as possible. Technology companies like TransitScreen are stepping up to help offer the extra layer of information tenants want about the options available to them.

TransitScreen equips buildings with a real-time feed of timetables for all local mobility options, from train times to bus arrivals, employee shuttles, streetcars and bike-share status. For downtown owners and developers who want to offer their tenants more, Croft pointed out that highlighting transit proximity is an easy way to communicate a building’s commitment to transit.

Croft cited Reebok as an example of how a building can play a big role in managing the employee commute: The 750-person athletics company recently moved from the suburb of Canton to South Boston, where the Silver Line bus stops right outside the building, and they offer a shuttle to South Station. When the building installed TransitScreen, it made tenants’ options clear and therefore easier to use.

Croft said that some buildings are also coming up with apps wherein tenants can manage things like maintenance requests and other logistics all in one place. Integrating TransitScreen’s tech into the apps can put real-time transit details right on users’ phones along with other important building info.

“Office space is a buyer’s market right now, and increasingly, corporate tenants are going to choose their spaces based on their needs, not on what’s available,” Croft said. “Public transit is affecting — if not dictating — how corporate workplaces choose their new headquarters, and anything buildings can do to capitalize on that will put them ahead of the game.”

This feature was produced in collaboration between Bisnow Branded Content and TransitScreen. Bisnow news staff was not involved in the production of this content.

TransitScreen
We want to change the way you think about mobility. Corporate workplaces and real estate have a transportation problem, and it's time to solve it. Our TransitScreen displays provide real-time information about all nearby public transit arrivals and availability of bikeshare, carshare, and ridehailing services. You can find them in building lobbies nationwide, whether it's in your apartment, your workplace, or the retail center down the street. With our new CityMotion app, you can also find this information on your phone. Just download for iOS or Android, enter the code from your building's screen, and hit the road. We created our MobilityScore algorithm to show how easy it is to get around any address without a personal car. The 0-100 scale takes into account access to and availability of all the same services shown on our screens — public transit, bikeshare, carshare, and more. It is the only such measurement to accurately reflect access, since it's based on historical real-time information and is future-proofed to include emerging mobility options.
Confirmed! You are subscribed to the Bisnow Washington DC E-Newsletter.
Bisnow DC Newsletter
Bisnow DC Newsletter