After months of anticipation, Marriott International announced today it has signed a letter of intent with Boston Properties and The Bernstein Cos to develop its new downtown Bethesda HQ. 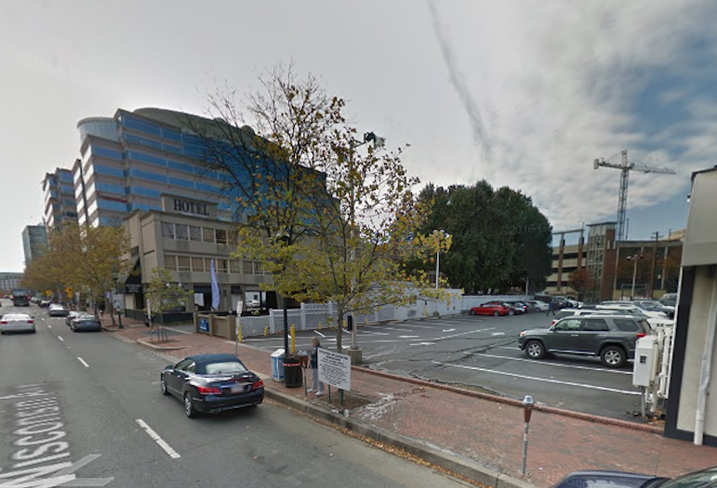 The hotel giant picked Bernstein Cos' two-block site at 7750 Wisconsin Ave, above, as the home of its new $660M campus. Marriott announced in October it had narrowed its search to downtown Bethesda, and Bernstein's site was one of four potential options Bisnow identified.

The site currently houses the 74-room Bethesda Court Hotel and had previously been approved for 500k SF of mixed-use development, including a 222-key Westin Bethesda and an office building. More density would have to be approved for Marriott's campus, which would include a 22-story, 700k SF office building, plus a 200-room hotel.

Bernstein has owned the hotel for more than 30 years and, in the last two years, assembled the remainder of the site, which includes the Blackwell building and a sushi restaurant, to compete for the bid. The hotel and both of those buildings will be torn down to make way for the new HQ. The other parcel on the block, which includes the Woodmont Grill and Tasty Diner, is not included in the site.

Bernstein will develop and own the new hotel while Boston Properties will partner on development of the office building, we're told, which the two will jointly own.

"We are deeply appreciative and humbled by this opportunity and look forward to joining with Bernstein Company, JLL, Gensler, and Marriott in creating a world class development on this amazing site," Boston Properties senior EVP Ray Ritchey said in an email to Bisnow.

Bernstein president and CEO Adam Bernstein said the location of the site, combined with the partnership with one of the region's top developers, is what put them over the top.

"We have over two acres, and we’re a little outside of the congestion so the access in and out is better," Bernstein said. "Obviously our partnership teaming up with Boston Properties and putting together a proposal and treating it like a partnership with Marriott, it was a good fit." 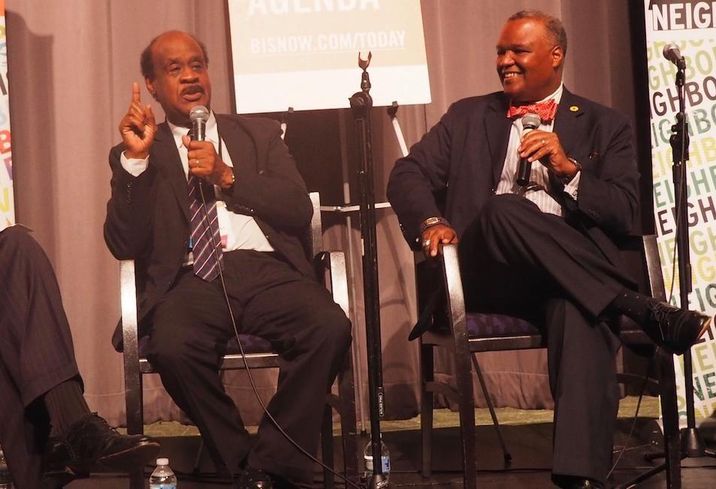 Marriott, whose CEO, Arne Sorenson, will keynote Bisnow's Montgomery County State of the Market in May, anticipates the office and hotel will deliver in 2022. The company expects final project agreements will be finalized in the next several months. JLL's Robb Johnson, Jim Cahill and Morgan Sullivan represented Marriott.

Boston Properties SVP Pete Otteni said, in addition to the location, Marriott was drawn to the plans for the office building, which includes conference centers, a cafeteria, a day care facility and plenty of collaborative workspace.

"The building gives them the opportunity to realize and design specialized spaces for their associates to give them the amenities and collaboration areas that are special to them and revolve around the way they work," Otteni said.

The developers will also create a public plaza in between the hotel and office buildings. In addition to a planned, 800-space underground parking garage, Marriott will lease an adjacent parking garage, which it will use exclusively during business hours and make public during nights and weekends.