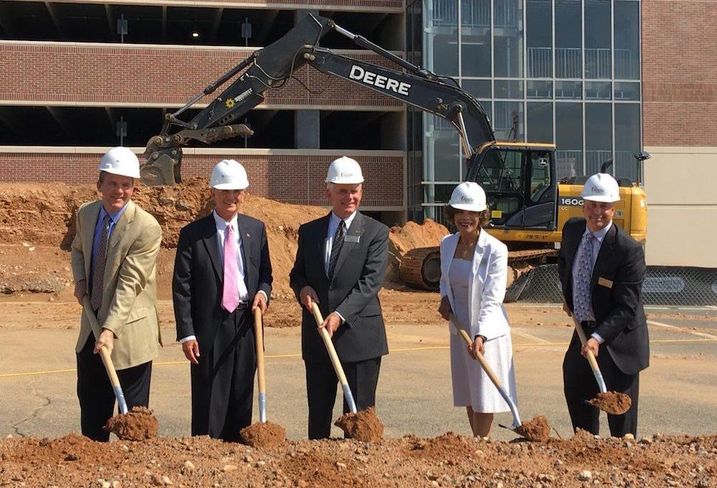 In the 90-degree July heat on Tuesday, the Peterson Cos and executives from Apple Federal Credit Union broke ground on what will be a six-story, 150k SF HQ building in Fairfax Corner. Peterson is developing the building, which Apple FCU will own.

Fairfax Corner—Peterson's mixed-use development off I-66 that is largely retail and multifamily—is six miles from the closest Metro station, and big offices in the DC suburbs that aren't close to Metro are as rare as a Honus Wagner baseball card these days. Snapped above are Peterson Cos principal Jon Peterson, office president Bill Smith, Apple FCU CEO Larry Kelly, board chair Calanthia Tucker and COO Andy Grimm.

Of course, Apple FCU employees are already used to the NoVa car commute; it's currently headquartered in nearby Fair Oaks. And while the Metro isn't a feasible option without a second mode of transit, Fairfax Corner itself is a walkable development with a bounty of options for lunch and happy hour. 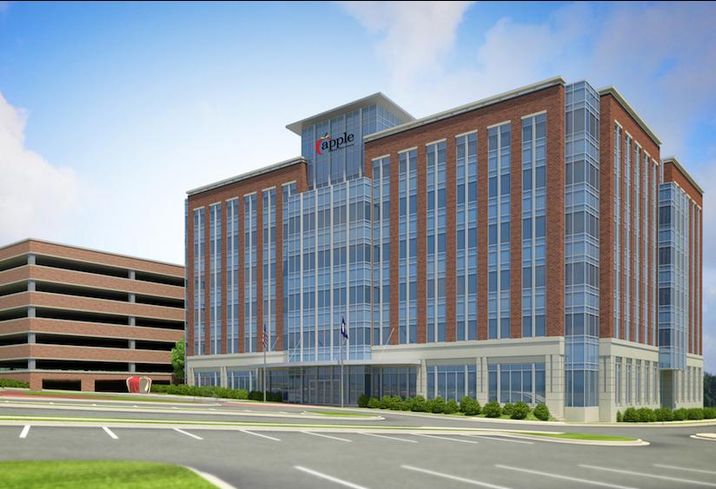 When the building opens in fall 2017, Apple FCU will have a branch on the ground floor, and its 225 employees will occupy three floors of the office building. The rest it will attempt to lease to other companies.

Apple will vacate 58k SF at 4029 Ridge Top Road just a few miles away, an office that came under scrutiny two years ago when it landed on the cover of an American Bankers Association brochure denouncing "extravagant headquarters buildings" for tax-exempt FCUs. Its new building will be Class-A; Peterson hasn't stayed in business for 51 years by building second-rate offices. We'll just have to wait and see if the new HQ, rendered above, draws the same furrowed brow as its current digs.

You might hear this project discussed next month at Bisnow's Fairfax County State of the Market.