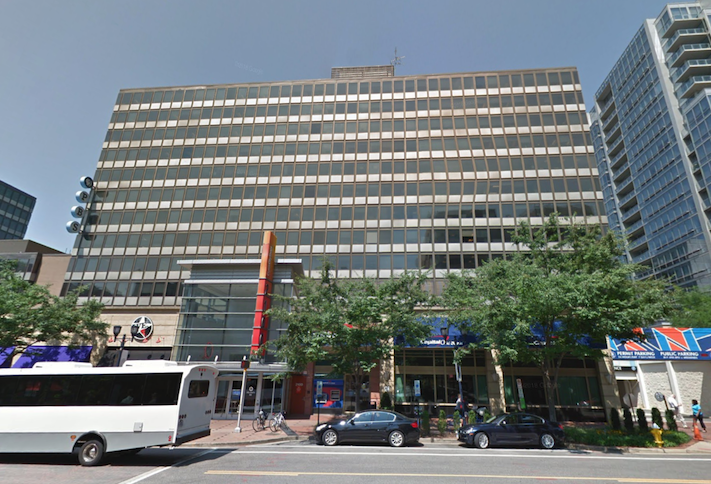 Amazon is growing its HQ2 footprint with a full-building lease as it continues to build out the first phase of new development.

Amazon has leased 272K SF at 2100 Crystal Drive in Crystal City, JBG Smith announced in its Q4 earnings release Tuesday. The REIT did not announce the length of the lease term. Its investor filing detailed the building's rent price, $38.93/SF, roughly the same as the other buildings Amazon leases.

“The new office provides us the space to continue to hire and grow as we await the opening of our first buildings at Metropolitan Park in 2023," an Amazon spokesperson wrote in an emailed statement to Bisnow.

The building, near the intersection of Crystal Drive and 20th Street South, is less than a half-mile from the Crystal City Metro station. It sits above the Shops at Crystal City, a subterranean retail center with over 100 storefronts. The office building was previously occupied by PBS, which signed a deal last year to relocate to 120K SF at 1225 South Clark St.

Amazon unveiled the first three leases totaling 537K SF when it selected Northern Virginia as its second headquarters in November 2018. It executed those leases in April, and then later that month it announced the fourth lease, adding another 48K SF at 2345 Crystal Drive. JBG Smith owns each of the buildings and completed renovations ahead of Amazon’s arrival.

Amazon has already moved hundreds of employees into the leased space. The Seattle-basesd tech giant began construction in January on the first phase of the new HQ2 development, a pair of 22-story office towers, in nearby Pentagon City, also encompassed in the new National Landing footprint.

Earlier this month, Amazon acquired the 6.2-acre Metropolitan Park site, where it is building the first phase, from JBG Smith for $155M. It expects to occupy the buildings by 2023. After that, Amazon plans to build another 2.1M SF of office space on the 10-acre PenPlace site, a property one block to the north that it also plans to buy from JBG Smith.