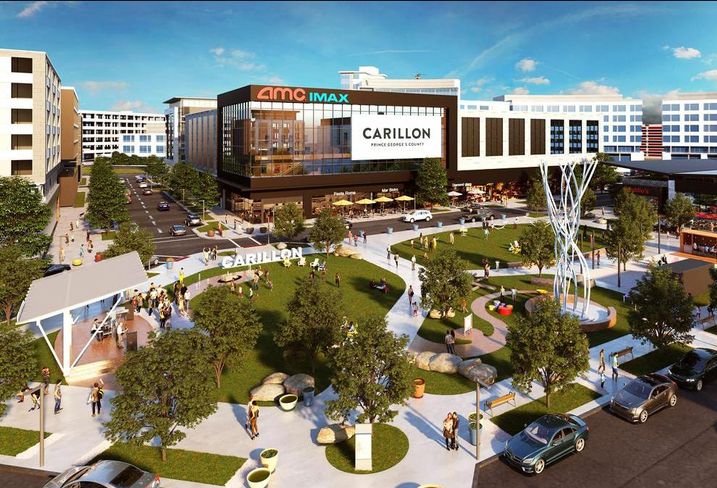 The Design Collective
A rendering of the Carillon development from RPAI.

A new hospital is on the way in Largo, but what's most exciting might be what is right outside. A complex of residences, offices, restaurants and shops, dubbed Carillon, will surround the new University of Maryland Capital Region Medical Center when the hospital opens in 2021.

Retail Properties of America Inc., a publicly traded Illinois-based landlord, is banking on the hospital to power Carillon’s success, the Baltimore Sun reported. With staff on-site 24 hours a day, the hospital could provide foot traffic to the nearby retail and dining options, which should also be welcome additions to the area for visitors and patients looking to get a meal outside the hospital.

Carillon’s first phase, slated for a 2021 opening, will feature 350 apartments and nearly 226K SF of commercial space, including medical office. RPAI’s plans for the development call for over 3M SF of commercial and residential space.

The medical center itself, a $700M teaching hospital, will replace Prince George’s Hospital Center in Cheverly. The land for the new medical center was purchased in a three-way deal with the developer and the county, according to the Sun. 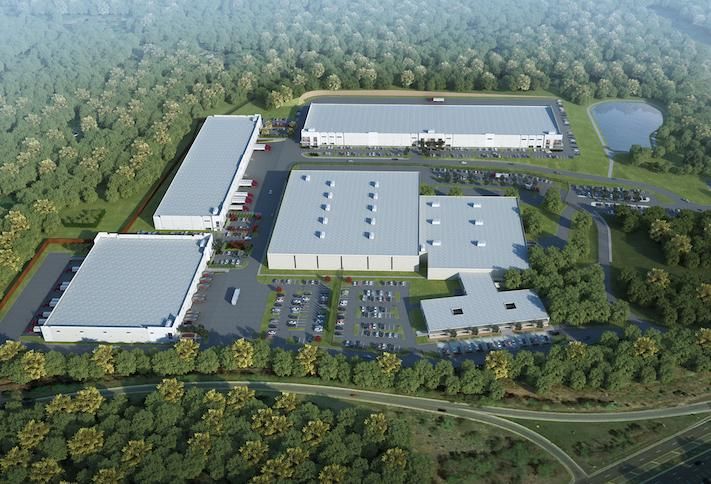 Just 7 miles from the border of the District, a 400K SF industrial campus is taking shape. CCMG Development and AEW are partnering to develop the three-building Hargrove Industrial Campus. But even though the warehouses are being built on spec, the developers are confident that the space will not go unleased for long.

“There are only a few last-mile projects completed in the last few years close to the city core of the Washington, D.C. Capital Beltway area, the sixth-largest metropolitan area in the country,” CGMG's Chase Galbraith said in a release. “And this is the only one with space available to lease."

As consumers demand more deliveries faster, last-mile industrial space is becoming scarcer and more expensive. The developers are hoping to double down on a good location — the new industrial campus sits at the intersection of the Beltway and U.S. 50. The site already has a 325K SF warehouse that has been occupied by Hargrove LLC for 20 years.

But even though industrial space is all the rage, that doesn't mean every project goes through. Amazon backed out of a proposed gargantuan 4M SF fulfillment center in Prince George’s County after residents close to the proposal in Upper Marlboro rallied in opposition. 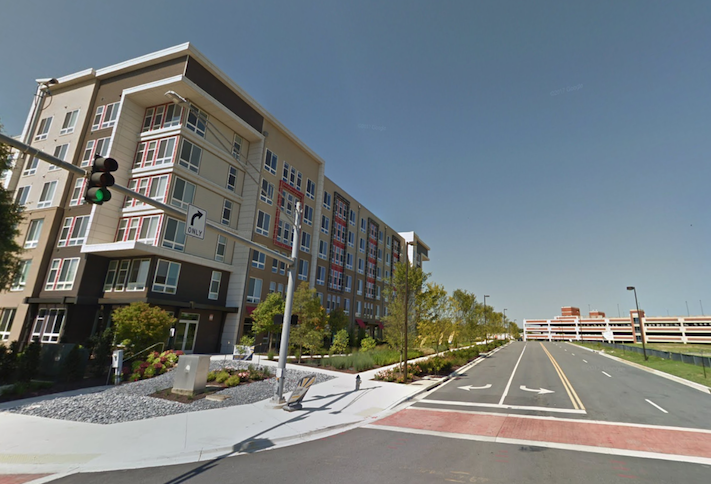 Earlier this summer, the Prince George’s County Planning Board unanimously approved the construction of the Amore Apollo, a six-story, 379-unit apartment building that is the second phase of the larger Apollo development at Largo Town Center, the Prince George's Sentinel reported.

The first phase of the project, dubbed Ascend Apollo, delivered 424 units in 2016. The 20-acre development sits just east of the Largo Town Center Metro station, the terminus of the Blue and Silver lines.

The Amore is part of a larger play on the part of the developer to take advantage of transit for new developments. Schwartz is in the midst of building more apartments — the Allure Apollo and Aspire Apollo — at the Branch Avenue Metro station, the terminus of the Green Line.

Time will tell if these pockets of multifamily dwellings will turn into more than just bedroom neighborhoods, and if Prince George’s County will have the renter demand to support the kinds of new urban communities that have taken shape in towns around Washington.