In many respects, Tysons is a glowing case study for the power of economic development and urban vitalization. 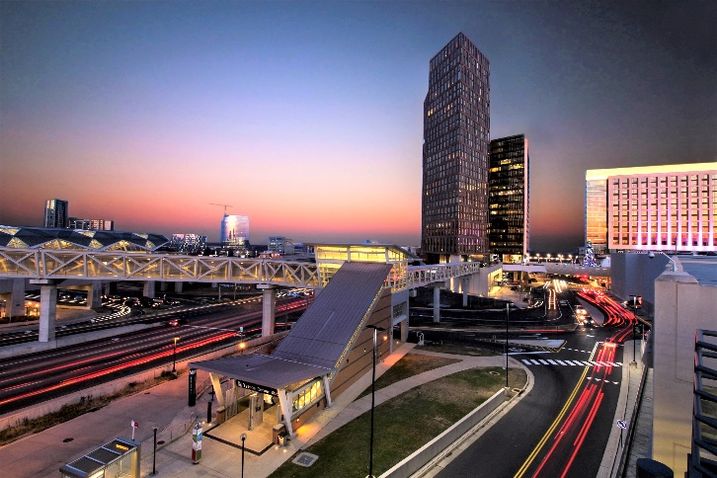 A town once known only for its shopping center has now grown into an office hub brimming with activity, thanks most recently to proactive urban planning around four stations on the Metro’s Silver Line. By 2022, Tysons will be home to three of Virginia’s 10 tallest buildings, overlooking what was open farmland only 50 years ago.

But as Tysons continues to draw in new development, it is running up against many of the layered challenges that plague growing cities across America: how to draw in full-time residents along with commuters; how to avoid urban sprawl; and how to create a walkable urban core when so much has been built around highways and parking lots.

When it opened in 2018, the 470-foot Capital One Tower near the McLean Metro station was one of the first of a barrage of new office and apartment offerings to hit the Tysons market, and more plans are being laid for mixed-use and residential projects.

The growth of Tysons parallels a surge of interest in Northern Virginia in general. Though it was neighoring Arlington that landed Amazon’s second campus, Tysons may see some spillover demand and become an enticing destination for companies and workers looking to migrate to the Washington area.

The 40-year comprehensive plan put forth by Fairfax County in 2008 is probably to thank for the expansion Tysons has seen over the last decade, but the coming years will determine whether the other goals in the plan are met, like sidewalk cafés, integrated bike networks, and a healthy mix of businesses and residences to complement the towering offices.